Why it's so hard to recreate your grandma's chicken 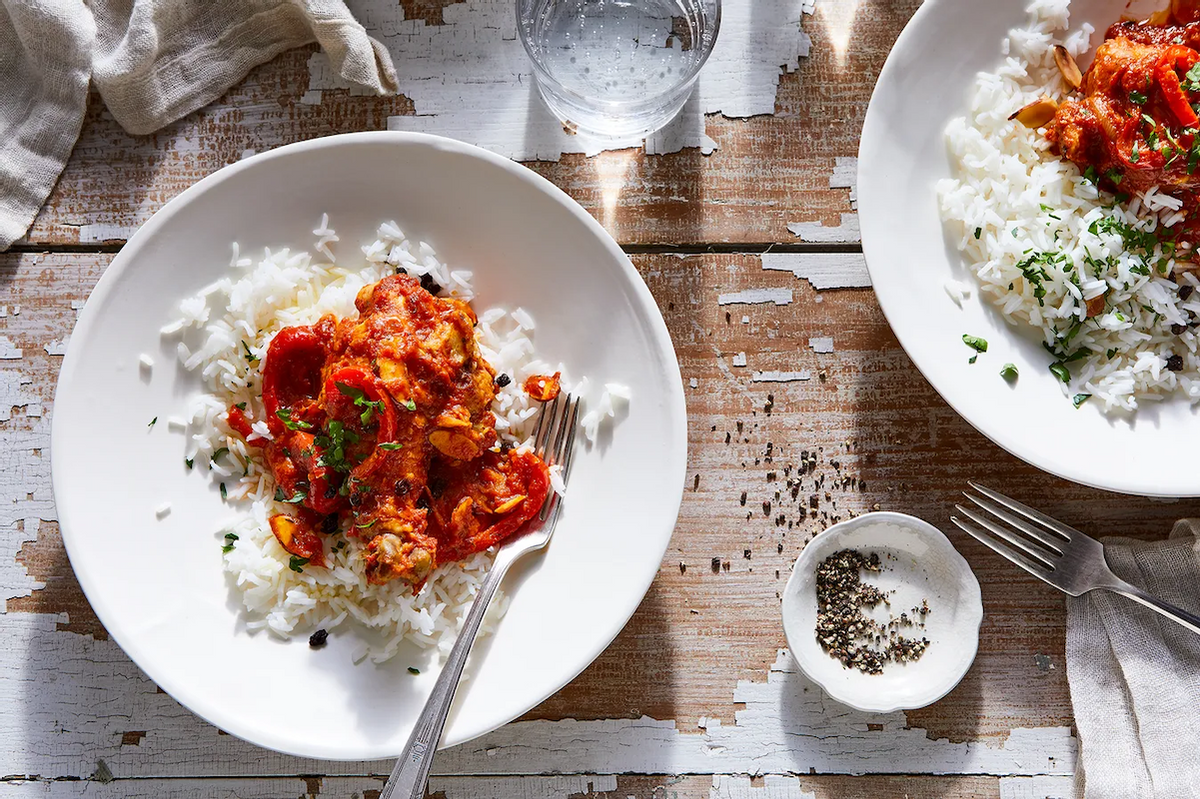 The worst thing I ever baked was my grandmother's banana bread. I was 20 and a fairly good, though not entirely confident, baker. I followed the recipe — a handwritten script with a list of ingredients and two or three sentences of instructions — but the bread came out rock hard. Had I misread her handwriting? Were my ingredients different from hers? To this day, I don't know what I did wrong.

Whether it's indecipherable handwriting or insufficient instruction, family recipes can often be difficult to recreate. Add the pressure of making something that's imbued with history and meaning, and even the most assured cook is bound to feel less confident. Some of these come from cookbooks, dog-eared and stained from use; others have been passed down in the kitchen, with the guiding hand of another family member; and many have been carried on in memory alone.

From cultural traditions to reckonings with grief and identity, family recipes tell our stories. The first season of the podcast My Family Recipe explored these stories in greater depth, as writers delved into their own beloved recipes. Often joined by family and friends, the conversations traveled beyond family anecdotes to get at the heart of what it means to bring recipes from our pasts into our present. Here are some of the lessons we learned along the way.

When writer Jennifer Justus recreated her grandmother's butterscotch pecan pie, she knew the filling's consistency just wasn't right. She reached out to friend and pastry chef Rebekah Turshen, who had a quick fix on hand.

"People get a little nervous about overcooking pudding, so often it gets undercooked. With butterscotch and caramel, and that sort of pudding, there's so much sugar that it's actually difficult to curdle. But, if you do curdle an egg pudding of this sort, you can always just throw it in a blender and it will smooth right back out."

Turshen had another suggestion for Justus, which is to compare your family recipe with other similar ones, especially one that you know already works.

"With things like flour, there can be a lot of different weights, so I try to average things out. I compare against something I've done, that I'm comfortable with, and that I know works. And that's a good way to just get your bearings."

Looking for similarities in process and ingredients can give you a good indication of how a recipe works, and whether or not it will be successful. These comparisons are especially helpful with recipes that have a list of ingredients but little or imprecise instruction. If you're comfortable with recipe imprecision ("a handful of this," and "a few spoons of that"), estimate based on what makes sense, and once you hit the right amounts, make sure to update your recipe card.

A recipe's ingredients might change over time for a number of reasons: changes in tastes and trends, access to better quality ingredients, and discontinued ingredients, but often, it's the simplest ingredients that can trip you up, like salt and fat. Older recipes often call for less salt than their contemporary versions — in fact, you'll find salt almost entirely missing from older recipes of baked goods. Don't be shy about adding more. Similarly, older recipes can lean too far in the direction of sugar. When coming across fats, such as lard, shortening, and margarine, these can also often be replaced with unsalted butter. However, Turshen had this to add:

"Sometimes, when you're trying to recreate something that you remember, you might actually like to keep something like margarine or shortening in, because it gives you that authentic flavor of something you remember so vividly."

When writer and culinary historian Adrian Miller recreated family friend Minnie Utsey's cornbread, substituting shortening was unthinkable. "I think the part that really trips people up is the melted shortening, but there's a reason why you have to use the shortening," he explained. Part of what we love about family recipes is their ability to transport us through time: These recipes nourish our bodies, but they also sustain our connection to the past and guide us through the present. While it can be tempting to update old recipes with different ingredients, there is a lot to be said for the nostalgic flavor certain ingredients provide.

"My Popo is not only, fortunately, alive and well, but also a great record keeper. When she shared the recipe with me, Popo was explicit in recommending certain brands of ingredients, crediting her foolproof success to these products explicitly. Perhaps it's me romanticizing it all, but I can't help but think it's a very touching way that she constructs and expresses her Asian-American identity."

When Joelle Zarcone lost her mother prematurely to cancer, she found herself struggling to recreate the Sunday sauce that had graced her childhood table. Zarcone combed through e-mails and text messages to create an ingredient list, and relied on her memory to piece together the process. It took a few tries, and involving family members in taste tests, but finally Zarcone knew it was right:

Several essayists from the series note that family recipes often come with scant direction. In some cases, the recipe was never written down at all. Giselle Krachenfels' mother, Clariza, recalled how she was taught to make her family's leche flan:

"When I was younger, my mother would just have us stand next to her and say, 'Watch how I cook.' And so I would watch how she made things and later, I'd have to kind of wing it. So it's like you watched what was in the pot and that's how you learned it."

Take the absence of information as a gentle nudge to connect with the family members that are still around, to ask questions and to learn their stories.

Nostalgic family treats can be a lot like the game of telephone. The written recipe (or your family member) might assume a cook's skillset or familiarity with ingredients. Krachenfels found that her mother initially made the same mistakes she did in the recreation of the family's leche flan.

Mistakes will happen, and chances are, someone else has made the same mistake. Remembering that those mistakes are part of a common experience can bring you closer to loved ones. For Gary Schiro, who wrote about attempting his mother's most frequently cooked dish after she passed away, it was imagining his mother as a newlywed, learning to cook:

"I'm thinking about her as a very young woman marrying into this Italian family and trying to figure it all out. And probably from time to time grasping at straws, and getting it wrong many times. And I can just see her with the same cookbook (that I now own), trying to find a way forward, which clearly she did."

Make it your own

Recipes are formulas, but they aren't immutable. The mistakes you make trying to duplicate a recipe might lead to a new version that carries it forward into the present. Schiro recreates his mother's sauce to the letter. The meatballs, however, are another story. Embracing the access to meat that his mother didn't enjoy, Shiro has made the meatballs lighter than their all-beef counterparts by incorporating turkey, veal, and pork.

Turshen has some useful advice when combining the past with the present:

*"When I'm looking to recreate something that I've had in my past or that I find in an old book, there are certain parts, like the pie crust that I use my own recipe for — one that I'm comfortable with. And then I use the filling from the original recipe. That balances things out where I know I'm going to have the base that I'm happy with but I've added the old-fashioned main event to go with that."

The beauty of family recipes is that they tell our stories. These stories don't just have to be reminiscent of the past, they contain our navigations of the present and our hopes for the future. At its heart, a recipe helps us find and create those connections and, if we're lucky, is part of a delicious meal for generations to come.