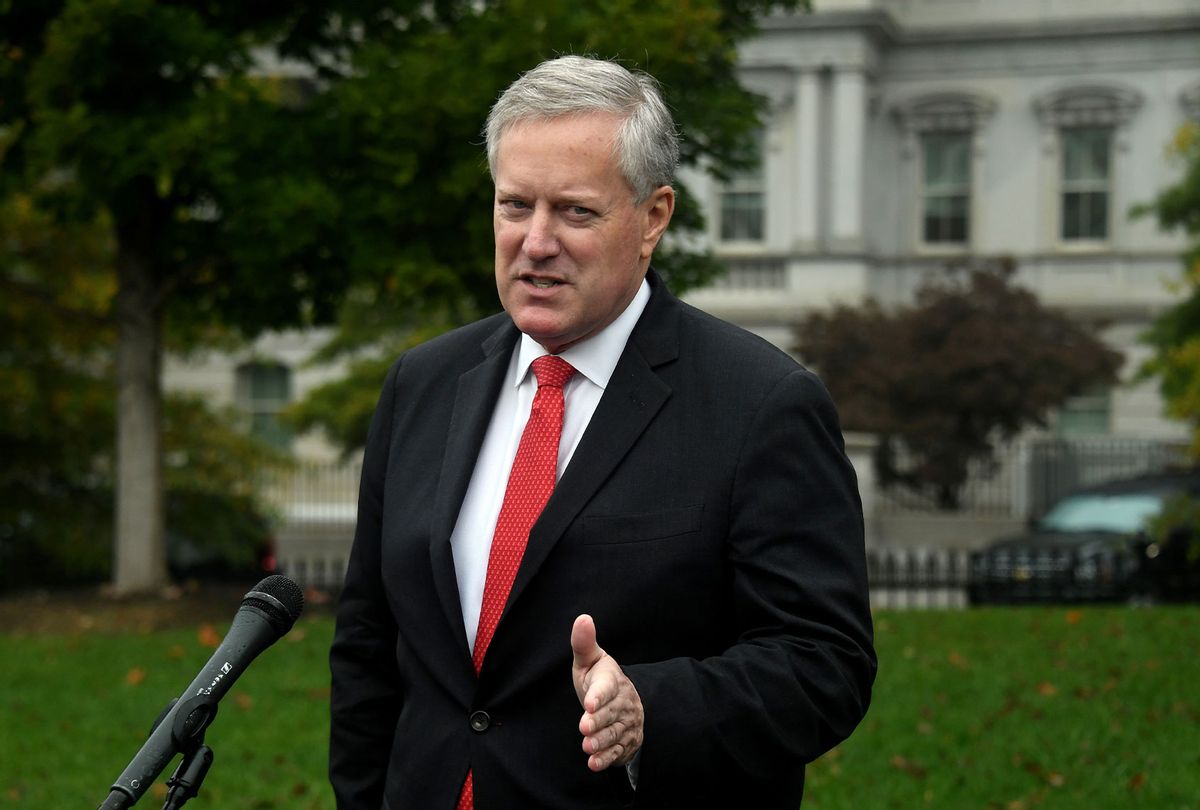 Mark Meadows spent many of his final days as former President Donald Trump's chief of staff railing against election fraud, which he and other Republicans falsely claimed had tipped the 2020 election in favor of President Joe Biden.

After exiting the White House Meadows took a position as senior partner at the Conservative Partnership Institute (CPI), which promotes "election integrity" efforts. He gave a speech at CPI's Election Integrity Summit in Atlanta on Feb. 19. Then just three weeks later, according to records obtained by The Washington Post, Meadows and his wife, Debra, submitted registrations to vote in North Carolina - all while being registered to vote in Virginia and South Carolina.

"The overlap lasted about three weeks," The Washington Post reports, "and it might have continued if revelations about Meadows's voting record had not attracted scrutiny in North Carolina. Meadows still is registered in Virginia and South Carolina." He and his wife no longer are registered to vote in North Carolina.

Meadows was the keynote speaker at a CPI Election Integrity Summit in Atlanta on Feb. 19. "What you're doing is investing in the future of our country and making sure only legal votes count," Meadows told attendees. He said he had just gotten off the phone with Trump, who he said had told him: "We cannot give up on election integrity."

About three weeks after that speech, the New Yorker reported, Meadows registered to vote at a home where he did not reside. The magazine reports that on Sept. 19, "about three weeks before North Carolina's voter-registration deadline for the general election, Meadows filed his paperwork. On a line that asked for his residential address - "where you physically live," the form instructs - Meadows wrote down the address of a fourteen-by-sixty-two-foot mobile home in Scaly Mountain. He listed his move-in date for this address as the following day. Meadows does not own this property and never has. It is not clear that he has ever spent a single night there."

He then apparently voted based on that address in the 2020 election via absentee ballot.

The New Yorker reported: "The previous owner, who asked that we not use her name, now lives in Florida. 'That was just a summer home.'" She said she and her husband bought it in 1985. "We'd come up there for three to four months when my husband was living," she said. Her husband died several years ago, and the house sat mostly unused for some time afterward, she said, because she had 'nobody to go up there with anymore.'"