Was "The Last Kingdom" better than "Game of Thrones"?

The Saxon's story certainly had a better series finale than "Thrones," but that's a low bar 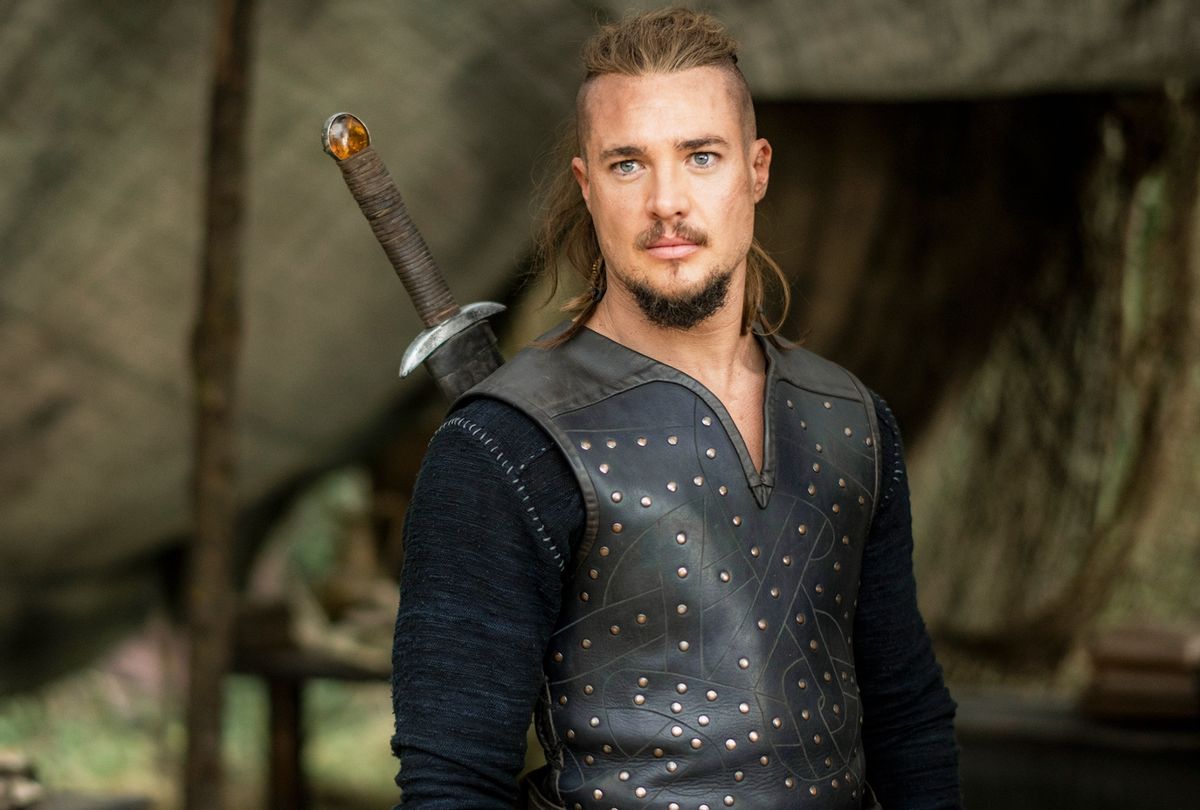 Alexander Dreymon as Uhtred in "The Last Kingdom" (Joe Ablas/Netflix)
--

History is littered with examples of TV shows ruined, or at least compromised, by bad endings. The most prominent recent example is "Game of Thrones," which had such a divisive ending that nearly two million fans signed a petition to remake the final season. At the other end of the spectrum, what can a good ending do for a show? Can it elevate it to a whole new level, making it better than the sum of its parts?

"The Last Kingdom" is a historical fiction drama that has never quite gotten the amount of recognition it deserves. The show started as a BBC production before Netflix took the reins. Its final season is out now, and it's not only gone over well with reviewers, but pleased audiences pretty much across the board. It's hard to find someone disparaging "The Last Kingdom" season 5 online, but there are plenty of people singing its praises, with many going so far as to say the show as a whole was better than "Game of Thrones."

Ever since that narrative started popping up online, it's been haunting me. Was "The Last Kingdom" better than "Game of Thrones"? I loved both shows, and find the question fascinating.

As with any comparison between two pieces of art, there isn't really a correct answer. But it's definitely worth talking about. So let's talk.

First off, "The Last Kingdom" had an amazing final season. Saying it stuck the landing feels like an understatement. Many shows seem to have condensed final seasons, like "The Expanse" or "Thrones." While some series pull that off, it can mean spending less time with the characters, and on the resolution to their conflicts. It can make the ending feel "rushed," which was an accusation leveled very fairly at "Game of Thrones."

Going into "The Last Kingdom" season 5, I was nervous it might suffer from this problem. There were a few moments, especially early on, where it did feel like things were moving too quickly from point A to point B. But somewhere around the middle of the season, "The Last Kingdom" slowed things down and allowed Uhtred time to reflect on the journey that had taken him from Bebbanburg to a royal advisor and back again. It tied up many of the show's loose ends, and took the time to examine what those resolutions meant to the characters.

It was about as good a final season as we possibly could have hoped for, which is even more impressive when you consider that it isn't even truly the end of Uhtred's story; there are still three more books in Bernard Cornwell's "Saxon Stories" series that are getting covered in the follow-up film "Seven Kings Must Die." But if that movie wasn't getting made and season 5 was the last time we ever saw Uhtred and his companions, it would be just as satisfying.

Comparatively, the final season of "Game of Thrones" is pretty universally decried as its worst. It may have featured some of the most elaborate, complicated sequences ever put on television, but it rushed major plotlines, had Daenerys and Jon break up without ever really delving into the emotions behind their split, and so on. Rewatching "Game of Thrones" season 8 years later, there are clearly brilliant things about it, especially when it comes to the technical aspects of the production and the acting. But it simply did not fulfill the promises of what came before.

Regardless of how fair some of those criticisms are, there's no denying that the final season of "Game of Thrones" tainted its legacy somewhat, while "The Last Kingdom"'s final season has elevated it.

Destiny is all . . . and it has been pretty consistently

The other major point in "The Last Kingdom"'s favor is its consistency. When we talk about "Game of Thrones" having a bad final season, part of that comes down to the fact that the show varied wildly on the consistency front. Its first four seasons got progressively better. The next two were rockier but still had lots of wonderful stuff. The final two seasons were both extremely divisive. The fact that we can pinpoint specific shifts in seasons like this drives the point home: "Game of Thrones" had some pretty big inconsistencies on the quality front. Yes, I'm looking at you, Dorne.

Which season of "The Last Kingdom" was the worst? I couldn't tell you. Yes, I'm sure that if you looked really hard you could probably choose one, but for the most part it felt like a show telling one story over the course of five seasons, with exactly the same style and panache all the way through. The only major difference was that the production got more and more polished as it went on, but it always felt like a rock solid show. There was never a point where "The Last Kingdom" was bad, and that goes a long way.

A show is more than its final season

Most of what we've talked about so far concerns these shows at the finish line. Did "The Last Kingdom" have a better ending than "Game of Thrones"? Absolutely. There's really no question there. And it didn't come down to the spectacle, it came down to the quality of the narrative.

Yet a show's legacy is about much more than its final season alone. "Game of Thrones" literally changed TV; it's not a stretch to say that without "Thrones, The Last Kingdom" might never have even gotten made in the first place. "Thrones" was absolutely more influential than "The Last Kingdom" . . . but was it better?

I'd argue that, in terms of the overall story it was telling, "The Last Kingdom" was more satisfying. It made promises to its viewer and did an excellent job of keeping them. But in terms of immense moments that stunned fans, "Thrones" definitely takes the crown. Yes, "The Last Kingdom" had its own awe-inspiring scenes, but can we honestly say there was any one in particular on the level of the Red Wedding or the Battle of the Bastards? I'm not so sure.

To dragon or not to dragon, that is the question

There are other aspects at play here which make comparing these two shows like comparing apples to oranges. "Game of Thrones" has fantasy elements; "The Last Kingdom" is more firmly rooted in actual history. "Game of Thrones" had to figure out how to portray dragons and other magical things on screen, and when it got it right, it was breathtaking. "The Last Kingdom" featured elements drawn from real-world history. That gave it a sense of authenticity, but 90% of those authentic-sounding names were variations of Aethelsomething, which never stopped being frustrating.

Both shows had their highs and lows. For "Game of Thrones," the lows were lower but the highs higher. Say what you will, it was a show that took risks. For "The Last Kingdom," it kept things steady and reliably amazing throughout, taking fewer risks and reaping less monumental rewards. Hopefully this leads to more longevity for the series, as more and more people catch on to the fact that it was an incredibly good story well told. Time will tell.

Was "The Last Kingdom" better than "Game of Thrones"? As with any piece of art, the answer to that question lies entirely in the eye of the beholder. For my part, I'm just grateful we live in a time where we're able to experience them both.