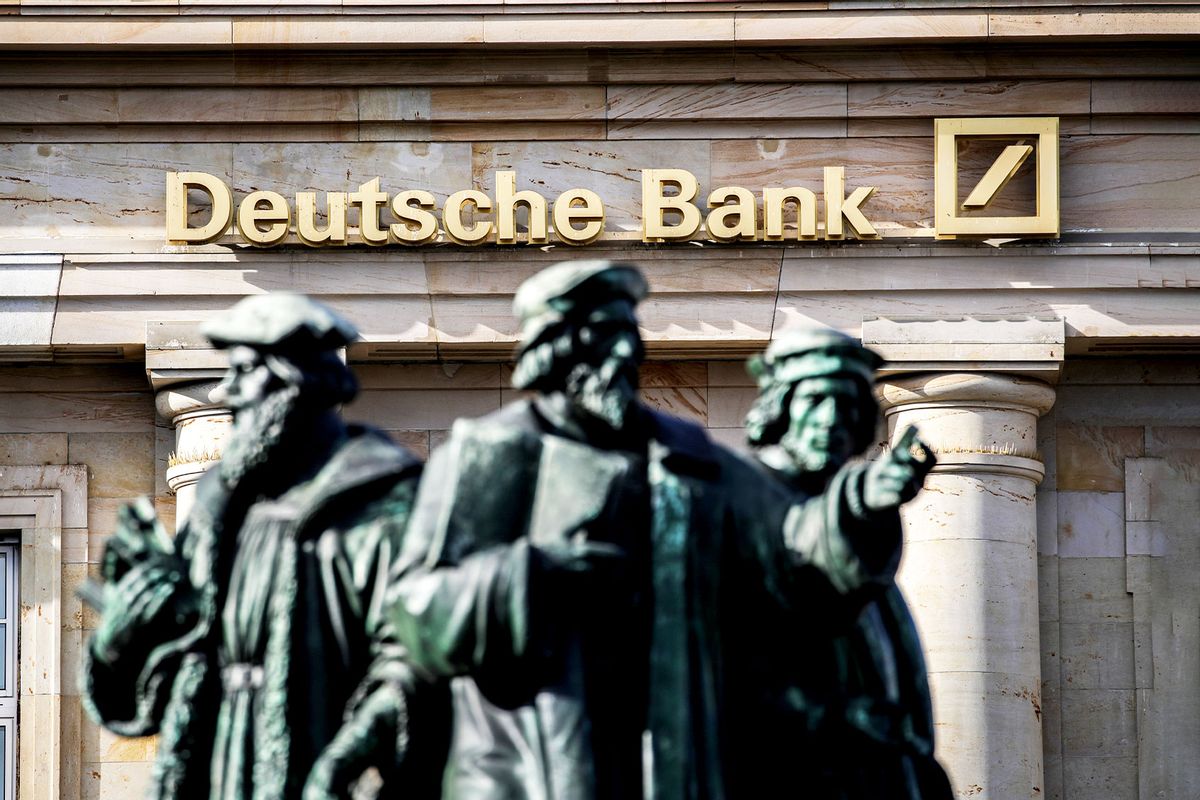 The logo of German giant Deutsche Bank is seen on one of their branches in Frankfurt am Main, western Germany, on February 4, 2021 (ARMANDO BABANI/AFP via Getty Images)
--

A whistleblower who was involved in an investigation into Donald Trump's business deals with Deutsche Bank was found dead in Los Angeles on Monday.

Missing for more than a year, the body of Valentin Broeksmit, 46, was discovered this week on the grounds of Woodrow Wilson High School, according to The Los Angeles Times.

RELATED: Documents show who Trump is turning to for loans now that banks have shut him out

He added: "Val's father took his own life in 2014 and it consumed Val in recent years. To see his life end so short is incredibly depressing."

Broeksmit appeared to be homeless at the time of his death, said Sgt. Rudy Perez of the LAPD.

Broeksmit's father was an executive at Deutsche Bank before taking his own life. Following his father's death, Broeksmit acquired access to father's email account, which contained hundreds of confidential bank documents, according to The New York Times. Broeksmit reportedly supplied these documents to federal investigators as well as journalists who sought to further understand the connections between Trump and Deutsche Bank, one of the former president's biggest lenders. Broeksmit's documents reportedly gave investigators access to materials "only people within the inner circle of Deutsche would ever see."

Trump's past relationship with Deutsche Bank was heavily detailed by New York Times reporter David Enrich, who directly worked with Broeksmit for his 2020 book "Dark Towers: Deutsche Bank, Donald Trump, and an Epic Trail of Destruction."

Enrich wrote that Broeksmit's death was "This is terrible news."

"Val was a longtime source of mine and the main character in my book," Enrich tweeted. "We had a complicated relationship, but this is just devastating to hear."