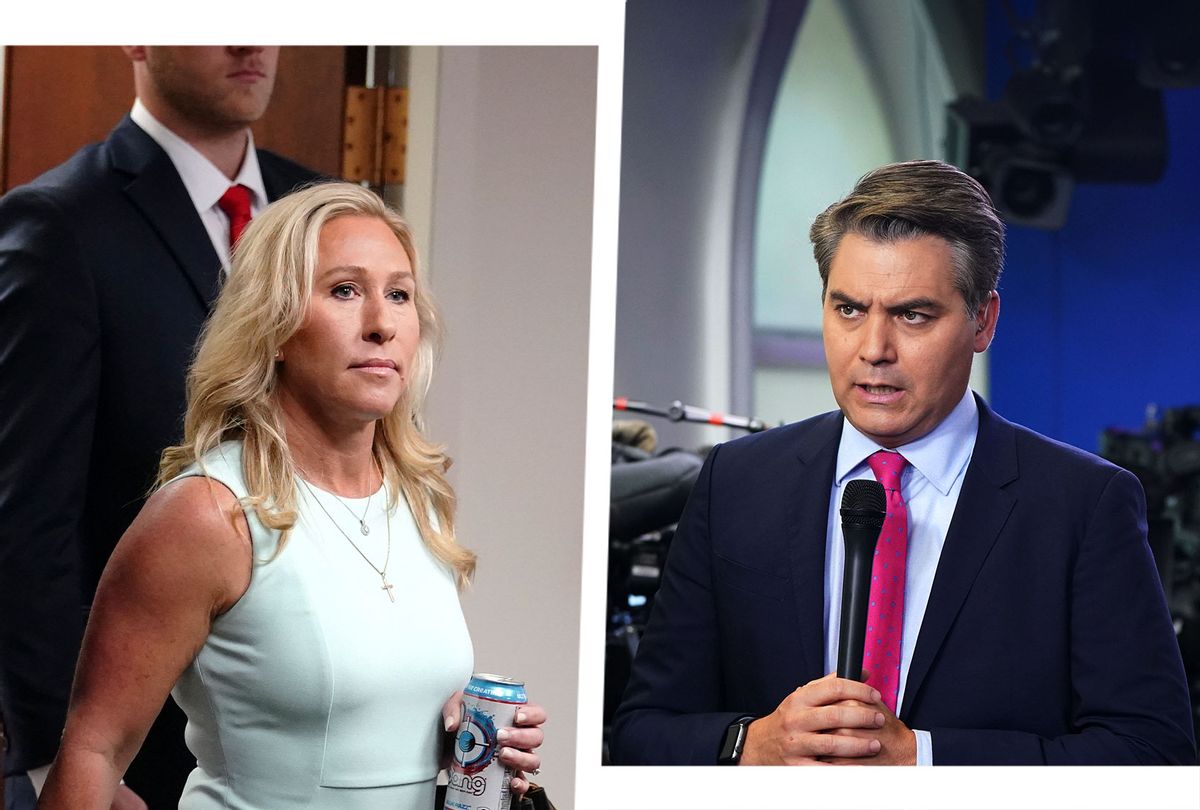 Rep. Marjorie Taylor Greene, R-Ga., accused CNN anchor Jim Acosta of "harassment" after the host asked the Republican lawmaker about her alleged texts supporting "Marshall law" in the leadup to the Capitol riot.

On Wednesday, Greene appeared rebuffed reports that she had asked former White House Chief of Staff Mark Meadows to encourage former President Donald Trump to declare martial law, saying in a Fox News interview that she couldn't "recall" whether she'd sent the messages.

But on Thursday, just outside of the Capitol building, Acosta confronted the Georgia lawmaker about that claim, pressing her for the truth.

"Did you send a text asking for the president to declare martial law? Did you do that?" he asked her.

"You know why people don't like you?" she asked Acosta. "You're a liar."

Later, Acosta asked Greene whether she'll comply with a potential subpoena by the January 6 committee.

Acosta also brought up recent comments she made about the Catholic Church – an institution, Greene alleged, that was being controlled by Satan because of its work in helping undocumented people resettle in America.

"Why don't you read my statement for your viewers," she said. "You're trying to lie about me, and I'm tired of it."

After the exchange, Greene took to Twitter, claiming that she was "repulsed" by the CNN host. "I want to think good things about the press, but they behave like this and it makes me sick to my stomach," the lawmaker wrote.

Numerous commentators on the left rejected the notion that Greene had been harassed by Acosta, and many argued that Greene herself has been guilty of harassment in the past.

Last January, a video resurfaced of Greene accosting David Hogg, a survivor of the Stoneman Douglas High School shooting in Florida. The video shows Greene, who has alleged that the shooting was staged, following Hogg around and calling him a "coward."