The abortion divide: What blue states must do in this moment 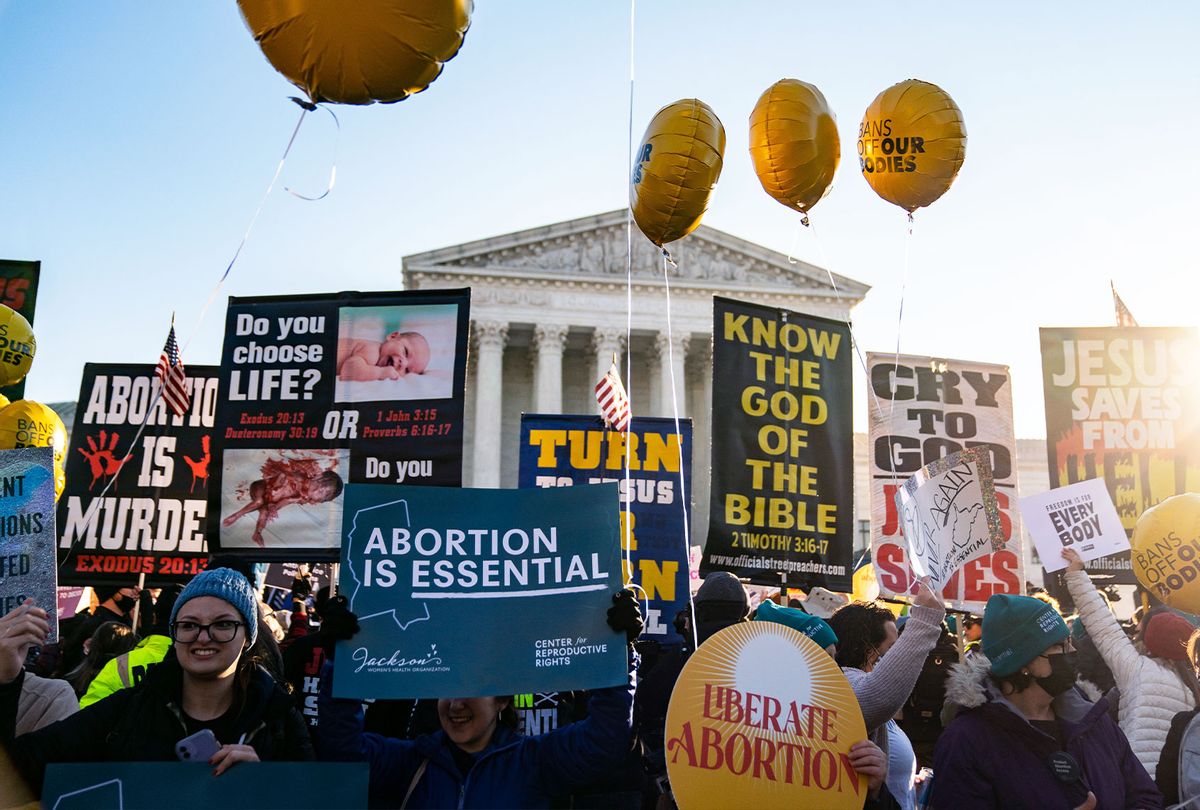 Arizona Governor Doug Ducey, a Republican, just signed his second abortion ban in two years into law – modeled on the Mississippi law banning abortion at 15 weeks, which is at the center of the Supreme Court's leaked draft ruling in Dobbs v. Jackson Women's Health Organization. Abortion advocates and providers like us are in full agreement with those waging a relentless campaign to eliminate abortion access: the Dobbs case is expected to gut the remaining constitutional protections for the right to abortion, which will open the floodgates of state laws to outlaw abortion.

Not content to wait for the Supreme Court, extremist politicians are pushing abortion bans imposed at arbitrary time limits with no basis in science, evidence, or medical practice; from 6-week bans modeled after Texas' SB8, to15-week bans like Arizona's.

Arizona already has a plethora of medically unjustified barriers designed to pressure and punish those seeking and providing abortions – from forced delays to onerous clinic regulations to denial of coverage for this care to racist and sexist "reason" bans. Arizona is not alone: Twenty-one states have at least four highly restrictive abortion laws, which already push abortion out of reach for far too many people, and taking their greatest toll on low-income individuals, Black, Latinx, and Indigenous communities, immigrants, disabled and rural communities.

This latest abortion ban is no exception. It eliminates access to care for people with widely ranging and equally valid reasons for needing abortion care: from not knowing they're pregnant earlier on, fatal fetal diagnoses, significantly changing life circumstances to financial and logistical barriers to care that simply push them father along into pregnancy. And we know firsthand the immediate and life-long harm done to women who are forced to continue these pregnancies.

Even with these dire predictions, we have reason to press forward. Because in Arizona, like in every state across the nation, there is a growing allegiance of advocates, providers, grassroots organizers, abortion funds, elected officials, and more who are preparing for the Dobbs decision and building toward a better tomorrow, including the just-launched Empower Alliance for Reproductive Justice in Arizona, an alliance of Black-led organizations based in Arizona fighting for reproductive justice for and with their communities.

These are the movements that we know will ultimately prevail in reversing abortion bans and other restrictive laws. And, if we act now in states where the majority in government reflects the majority of the populace, we can safeguard abortion rights and do so much more to support those who may seek care in another state, who may safely self-manage their own abortions, and who will continue their pregnancies – regardless of the abortion laws in their states.

We saw thirty-six states and Washington D.C. pass a record 179 laws last year to advance reproductive health, rights and justice. There are now 17 states whose legislatures have enacted explicit protections for reproductive rights, decriminalized abortion, or both – half of them in the last three years.

State lawmakers all across the country should follow the lead of their counterparts with the same zeal that we're seeing from anti-abortion extremists. And there's a lot they can do: codify the right to abortion care, dedicate funds for abortions and the reproductive health infrastructure, remove medically unnecessary abortion restrictions, and more.

The same goes for local elected officials. In Portland, Oregon, the city council allocated $200,000 to the Northwest Abortion Access Fund that supports those who could not otherwise afford an abortion. (The state legislature followed suit – allocating $15 million in resources to build up the abortion care infrastructure there).

There's too much at stake for elected officials at any level not to get creative – in the laws they pass and the stands they take. Now is the time to act as though our lives, health, and futures depend on it. Because they do.

Andrea Miller is the President of the National Institute for Reproductive Health and a nationally recognized expert in reproductive rights and women’s health.