Supreme Court puts Democrats on notice: Stand up for abortion rights or risk losing everything 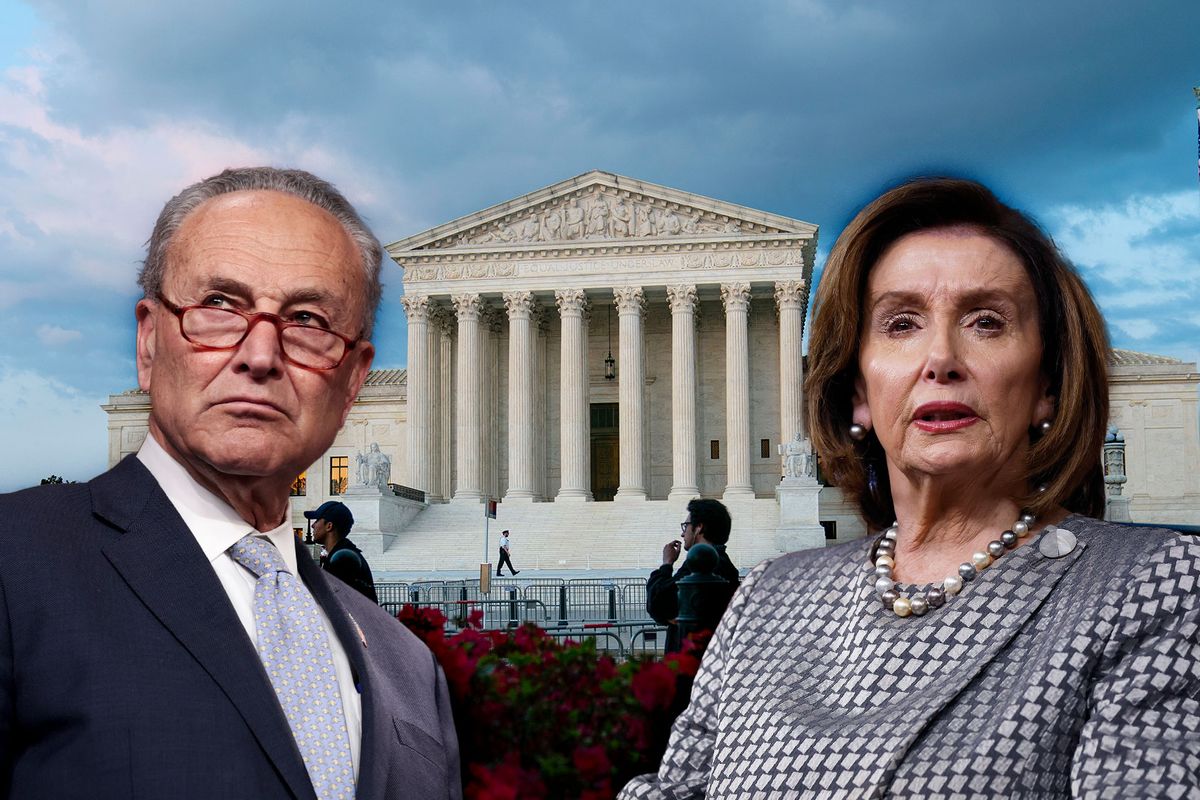 Anyone who has been reading my writing here at Salon over the past few months knows that I am a big proponent of using negative partisanship to win the midterm election. The Republicans are so outside the mainstream that the midterm elections may not be the rout everyone expects if Democrats get out of their defensive crouch and make the case.

My view is that the country is suffering from a mass case of PTSD, still reeling from four years of non-stop Trump-induced chaos. The natural way to register their dismay that things have not yet returned to a sense of normality is to "throw the bums out," which usually means the party in power. But the Republicans are so radical right now that people may just understand that they are not a viable alternative. But Democrats must spell it out.

Even before this week, I believed there was ample material for going on the offensive against Republican extremism. From Trump's obsession with the Big Lie to the January 6th insurrection to the ongoing assault on democracy in the states to four years of Republican anarchy starting with Muslim bans, family separations and building that stupid wall, culminating in the tragically inept handling of the global pandemic and consequential economic fallout. That's the mess Democrats are having to clean up. I think if people are reminded of these things instead of a bunch of defensive arguments telling them they should be feeling better than they do, the people might just aim their discontent where it belongs.

If Roe is overturned next month as expected, the Democratic Party will no longer be able to have it both ways.

Right now, the question is whether or not voters fully understand how dangerous the situation really is. They feel it but it's unclear if they can see it.

There is some hope that the January 6th hearings next month will bring the assault on democracy into focus although even that is a little abstract for a lot of people. What happened this week may shake up the dynamic. The leaked Supreme Court draft of the decision in Dobbs v. Jackson Women's Health is not abstract in the least. It will directly affect the lives of millions of women and their families and the political ramifications could be profound.

Polling has shown for decades that Roe v. Wade is supported by a huge majority of Americans and despite relentless activism, even terrorism, the anti-abortion activists have never managed to budge that large majority. Most people in this country believe that such a complex, intimate, personal decision can only be justly and compassionately made by the individual, not politicians and judges declaring a sweeping one-size-fits-all edict. And even though the anti-abortion zealots lie through their teeth by saying that abortion rights advocates demand an "unlimited right to abortion up until the moment of birth," the vast majority accept Roe's balancing test which tied the state regulation of abortion to the three trimesters of pregnancy. It balanced the interests of the pregnant woman with the state by saying that during the first trimester governments could not prohibit abortions at all; during the second they could require reasonable health regulations and during the third, abortions could be prohibited except in cases where it was required to save the life of the mother. Most people think this was a reasonable compromise and support the decision.

Democrats have never run on this, apparently because they felt this was a settled issue which meant they could play around with it on the edges to possibly attract a few anti-choice votes without really putting much of anything on the line. They acted skittish about it and it carried over into policy. From the Hyde Amendment banning government assistance for abortion to the egregious political malpractice that led to the showdowns over abortion coverage in the Affordable Care Act, they have never put any muscle into defending this right that majorities clearly support. If anything they have used abortion as a bargaining chip, giving the impression that it is an expendable issue they can give to the other side without consequence.

Those days are over. This is now a vital and potent political issue for the Democrats and they cannot shirk their duty. The Republicans are clearly spooked by this decision and are not at all confident that it's not going to seriously hurt their chances in the fall. Their clumsy attempts to misdirect the revelation to the leak shows how much they are off their game. They quickly released a set of talking points in which they attempted to soften the rhetoric and pretend that Republicans all over the country are not working night and day to force pregnant women to give birth against their will regardless of the circumstances. They advise their members to outright lie about everything. Axios featured these excerpts from their memo:

"Expose the Democrats for the extreme views they hold," the document says, arguing, "Joe Biden and the Democrats have extreme and radical views on abortion that are outside of the mainstream of most Americans."

"Forcefully refute Democrat lies regarding GOP positions on abortion and women's health care," it adds, saying Republicans do not want to take away contraception, mammograms and female health care or throw doctors and women in jail.

RELATED: Life after Roe: Republicans are already targeting the right to a public education

They even suggest that candidates say:

I am pro-life, but this isn't about political labels. I believe all Americans want us to welcome every child into the world with open arms. But if you disagree with me, my door's always open. I'm always willing to listen.

Their door has certainly been open for the anti-abortion terrorists who perpetrated violence against abortion clinics and doctors over the past four decades. And they've been all ears for the activists who are demanding they remove rape and incest exceptions from their platforms and pass draconian laws that treat abortion as felony homicide for both the providers and the patients. They've been very compassionate toward the prosecutors who have jailed women for having miscarriages and attempting suicide while pregnant. And yes, they do welcome every child with open arms until the moment it is born --- at which point they completely lose interest.

This is now a vital and potent political issue for the Democrats and they cannot shirk their duty.

That people who have endorsed all that can, in the same breath, accuse Democrats of extremism is one of their most audacious moves. They literally have no shame.

If Roe is overturned next month as expected, the Democratic Party will no longer be able to have it both ways. One hopes that Democratic candidates everywhere will see that this is no longer a debatable issue and seize upon the opportunity to illustrate to the American people just how radical these Republicans have become. They simply have to wage the fight now whether they want to or not.