"Get this guy out" 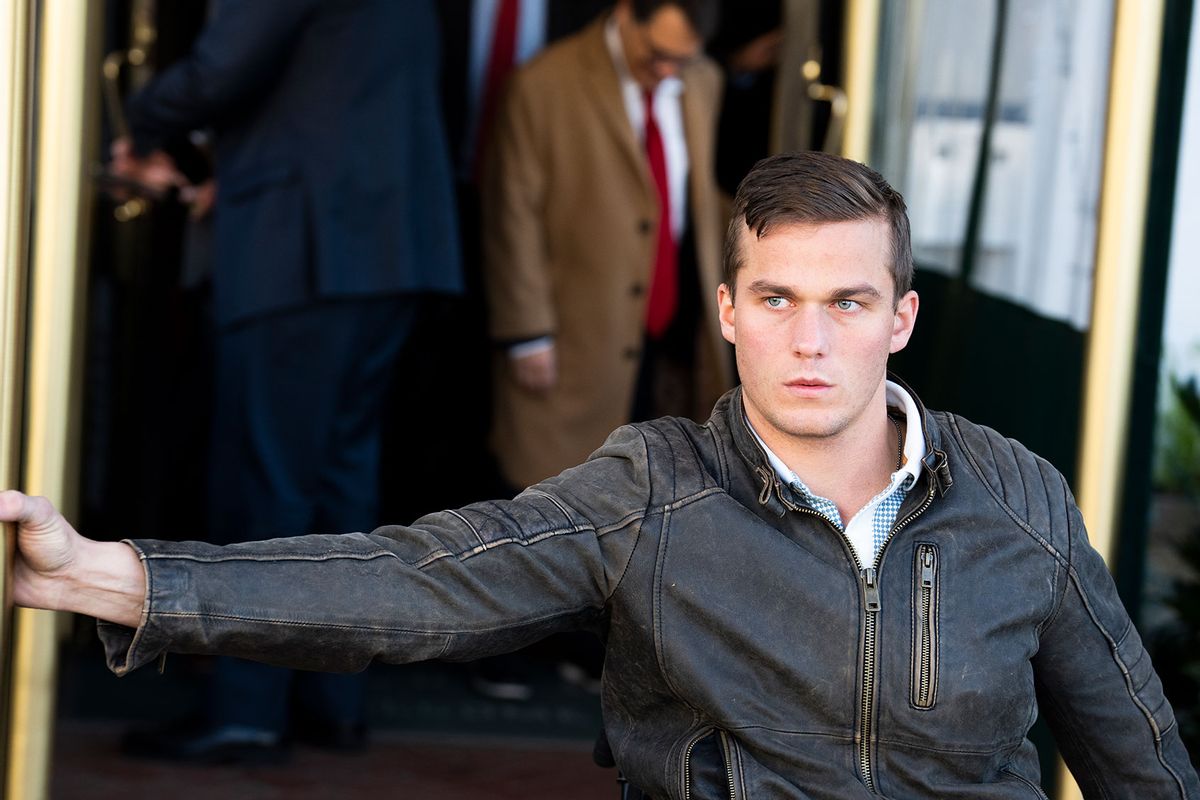 Democrats hoping to see Rep. Madison Cawthorn (R) ousted from his seat representing North Carolina in the U.S. House of Representatives after just one term are getting an able assist from some unlikely allies -- Republicans and former friends of the controversial lawmaker back in his home state.

According to a report from the Daily Beast's Sam Brodey and Roger Sollenberger, Republicans and conservatives in North Carolina -- with the support of outgoing Sen. Thom Tillis (R-NC) -- are openly boasting that they want him gone and are connected to leaks of embarrassing photos and videos of Cawthorn that have reportedly even disgusted former president Donald Trump, who has nonetheless endorsed him.

Some of the disclosures, the report notes, have reportedly come from former friends and allies in North Carolina who have soured on him.

Labeling the flood of embarrassing disclosures an "ever-worsening public relations trainwreck," as the May 17th primary approaches, the Beast report argues that "the sources of the coordinated stories seem clear: the attacks are coming from inside the house."

One longtime GOP operative in the state admitted, "It's definitely a hit job that I'm happy to be a party to. Most of the GOP universe has come around to align against this guy. You're seeing a full-court, state-based, establishment pushback against him. Get this guy out. Take him out. We're gonna see if we can pull it off in eight days."

According to the Beast, "... the reality is Cawthorn has spent the last year making enemies, from Capitol Hill to the corner of North Carolina that he represents. The congressman's string of unforced errors -- from the coke-and-orgy comments to disparaging Ukraine's president as a 'thug' -- merely helped to consolidate a powerful coalition of longtime foes and former friends."

David Wheeler, a North Carolina Democrat who runs the Fire Madison PAC, stated he and his partner have been happy to be the conduit for the attacks by Republicans on Cawthorn.

"Obviously, we have a target, we're not afraid to take him on and put out the information his opponents wouldn't—or the Democrats wouldn't," he said with the Beast report adding, "That included a video last week, released with many disclaimers and caveats, showing a naked Cawthorn mounting another man in bed... seemingly as a joke, but bizarre nonetheless. Cawthorn did not deny the video was authentic, but he dismissed it as horseplay, and said his foes were trying to 'blackmail' him by publishing it."

"People think we're under Kevin McCarthy's finger, and that he's telling us what to do because he wants to get back at Madison," Wheeler claimed. "It's not folks out of Washington that are sending this stuff. It's folks who used to work with him, who were his supporters."