When it comes to the issue of abortion, "pro-life" Republicans have always been bedeviled by hypocrisy accusations 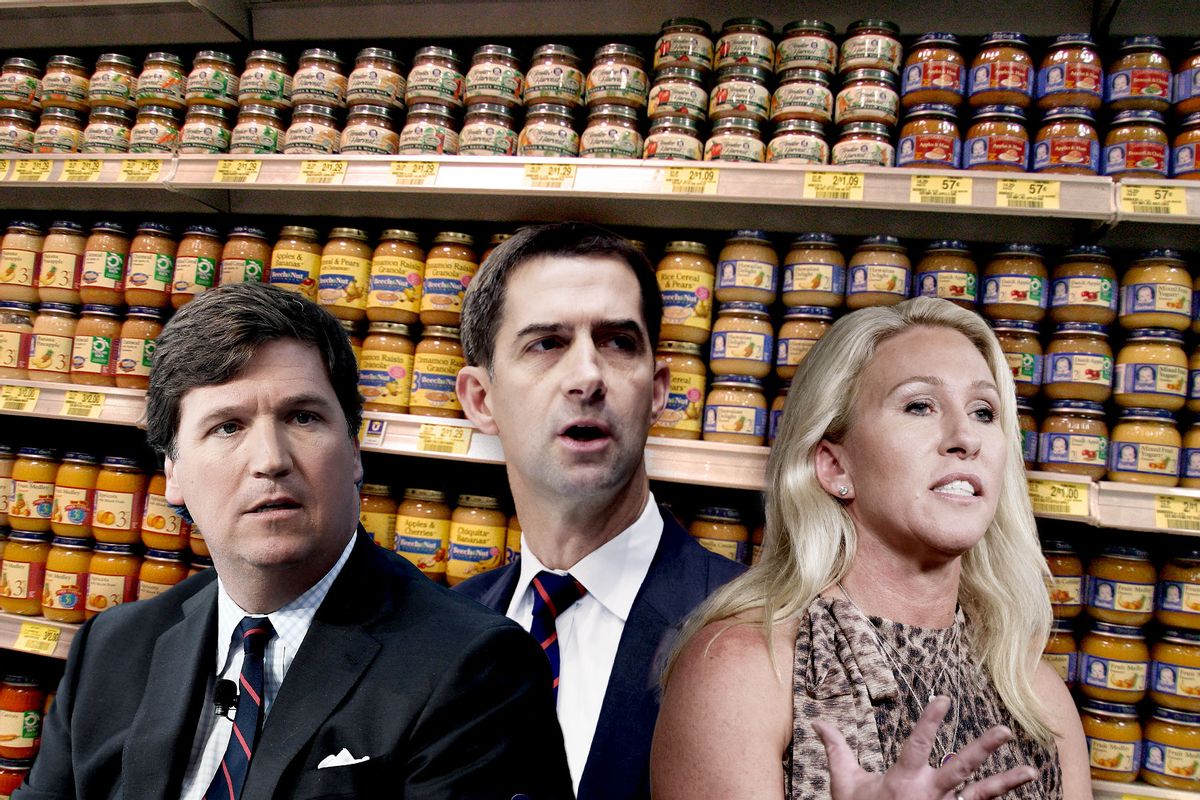 When it comes to the issue of abortion, "pro-life" Republicans have always been bedeviled by accusations of blatant hypocrisy. After all, the party routinely shuts down political efforts – like the child tax credit, universal school lunches, and tax-payer-supported childcare – that would make child-rearing much easier for the vast majority of Americans. But now, with the Supreme Court on the precipice of overturning Roe v. Wade, the landmark 1973 ruling enshrining America's constitutional right to abortion, Republicans have identified a new opportunity to signal their self-professed "pro-life" status: baby formula shortages.

As USA Today recently reported, nearly 40% of all popular baby food brands have been out-of-stock since late April. Stores like Target and CVS have reportedly already begun limiting customers to two formula purchases to prevent panic buying. In states like Texas, Tennessee, North Dakota, South Dakota, Iowa and Missouri, shortages have reached as high as 50% in recent weeks, according to CNN, which cited data from DataAssembly.

The shortage appears to have its roots in the COVID-19-induced supply chain crisis as well as a recent product recall by Abbott Nutrition, one of the largest manufacturers of baby food in America. That recall, according to The Guardian, has had a disproportionately negative impact on low-income families, largely because Abott was the exclusive formula provider for over half of the federal agencies administering a special supplemental nutrition program for infants and children (WIC).

"The unprecedented scope of this infant formula recall has serious consequences for babies and new parents," Brian Dittmeier, the senior director of public policy at the National WIC Association, told The New York Times. "Every day, we hear from parents who are hurt, angry, anxious and scared," he said. "The lives of their infants are on the line."

Now seeing an opportunity to critique the Biden economy, Republicans, for their part, have been vocal about these shortages, despite having blocked numerous Democratic-backed attempts to improve child nutrition in the past.

"The FDA needs to immediately step up, be transparent, explain how it will get production restarted, and give parents a timeline. And the Biden Administration needs to take this seriously," he added.

RELATED: Surging prices and wheat shortages: How the invasion of Ukraine is impacting global food supplies

"Has a single Biden administration official addressed the worsening baby formula shortage?" echoed Rep. Jim Banks, R-Ind. "Nearly a year after the @WhiteHouse announced their Supply Chain Taskforce," parents can't even find food for their children. This is another growing crisis!"

"Parents already have to worry about higher gas prices, expensive groceries, and higher utility bills," tweeted Scalise. "And now? No baby formula on the shelves. Thanks, Biden."

Last year, however, Scalise, Greene, and Banks all opposed expanding Biden's child tax credit, which briefly lifted millions of American children out of poverty after it was increased as part of the American Rescue Plan in March 2021.

Back in November, Scalise accused the credit of being "for illegal immigrants."

"The bill strips current law preventing them from getting the credit—making them eligible for ~$3,000 per child in 2022," he tweeted. "And American citizens are footing the bill."

Months earlier, Cotton parroted a similar talking point, alleging that the Democrats "turned the Child Tax Credit into a monthly payment without any requirement that able-bodied adults be required to work. Now Democrats want to go further and no longer require that the children eligible for these monthly payments be US citizens."

After Republicans blocked the child tax credit, child poverty soared by 41%, according to a study by Columbia University's Center on Poverty and Social Policy. That was after the nonpartisan Center on Budget and Policy Priorities warned in December that "an estimated 9.9 million children are at risk of slipping back below the poverty line or deeper into poverty if the expansion is not extended."

And while Republicans have argued that their anti-abortion agenda is "pro-life," the evidence does not bear that claim to be true.

Brookings found that low-income women are five times more likely than their affluent counterparts to experience an unintended pregnancy, which has been known to limit their occupational and personal agency. Unplanned pregnancy, Brookings wrote back in 2016, "is associated with higher rates of poverty, less family stability, and worse outcomes for children."

On Tuesday, Secretary of the Treasury Secretary of Treasury Janet Yellen argued that abortion access has a "favorable impact on the well-being and earnings of children."

Yellen added: 'There are many research studies that have been done over the years looking at the economic impacts of access or lack thereof to abortion, and it makes clear that denying women access to abortion increases their odds of living in poverty or need for public assistance."