Wanda was supposed to “kill more” people in "Doctor Strange 2"

Elizabeth Olsen talks all things Scarlet Witch, from what could've been to what might come in the future 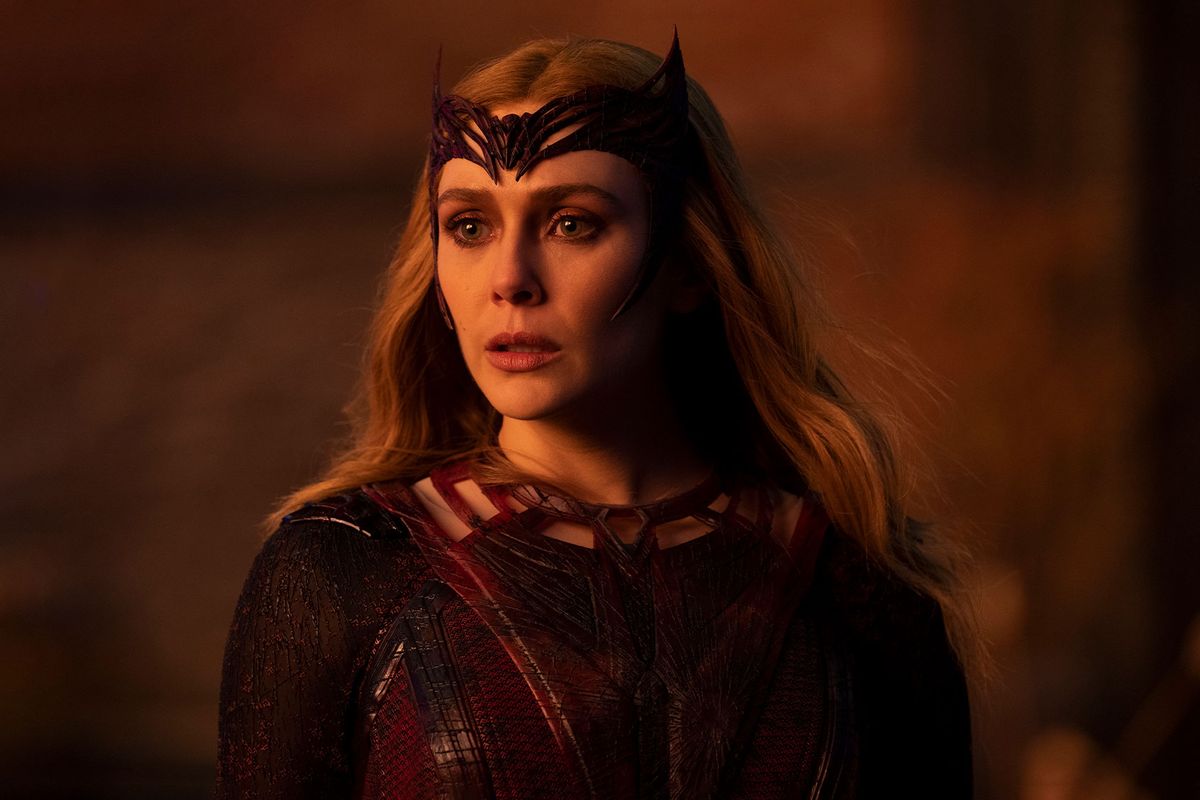 "Doctor Strange in the Multiverse of Madness" is currently tearing up the box office, and for my money, easily the best thing about it is Elizabeth Olsen as Wanda Maximoff, aka the Scarlet Witch. We saw a little of Wanda's dark side come out in "WandaVision," but nothing in there prepared us for the horror she would bring in "Multiverse of Madness." Wanda is a vicious villain in this, killing anyone who stands between her and reuniting with her children in an alternate universe.

In fact, Wanda is so extreme in this movie that it's kind of hard to wrap your head around the idea that this is the same woman from "WandaVision." And according to Olsen, things were originally supposed to be even grimmer. "I was also supposed to kill more," she told Variety. "I had a hard time with it. I was like, these are human beings and Wanda is OK with ending their lives? But I just had to buckle down and think all these people are in her way and she's warned Doctor Strange [Benedict Cumberbatch] not to get in her way. And he did. He didn't listen. And so I just had to go from that point of view."

The movie does point out the evil spellbook Wanda is using — the Darkhold — can corrupt the user. So that could be an explanation for why Wanda is suddenly so hardcore, although that's less satisfying to me than developing a proper character.

Why didn't Wanda look for Vision in "Doctor Strange in the Multiverse of Madness"?

Another thing Marvel fans noticed about the new movie is that while Wanda is desperately searching for some version of the children she created in "WandaVision," she doesn't seem to be thinking about their "father" Vision (Paul Bettany). Surely there are versions of him out there in the multiverse, but we see Wanda zero in on an alternate version of herself who's living with her two sons. Vision is barely mentioned in the movie, even though there's an all-white version of him flying around the normal MCU; we met him at the end of "WandaVision."

Olsen gave her take on this absence to Collider:

I think the main reason when we would talk about if there is this multiverse, and in the version of the universe this woman wasn't with Vision. We liked having that be a mystery. For some reason he's not in her world. I always thought of her as more of a domestic Wanda. They got divorced. They're separated. She's not wearing a wedding band for a reason. Like those kinds of things. We liked the idea of her being on her own. The idea really is that the most important thing once you become a mother in the world are your children, and that's why.

Either that or there was some contract thing with Paul Bettany. Maybe some insider will tell us at some point.

Will Wanda return to the MCU after "Doctor Strange in the Multiverse of Madness"?

Finally, there's a million-dollar question: Will Eilzabeth Olsen return to the MCU as Wanda? True, this movie ended with her collapsing a temple around herself, seemingly dying, but does anybody believe that's going to stick?

"I think fans usually have the best ideas and I genuinely don't know where we go from here and what the limitations are of the MCU because I don't follow what their plans are," Olsen told ComicBook.com. "I feel like the fans always know what the plans are, even when they're not announced. And so I don't."

That said, Olsen is optimistic she'll be back. "It's weird that I'm expecting to return but no one's told me I'm doing anything!" she told Variety. "But in my mind, I'm just making the assumption that they'll have me again. I don't know to what capacity, but I hope I'm back. I hope there's also more fun to be had in something different. Where do we go? I feel like we've done so much with her. It's been really a wild couple years with her."

One option: Wanda could be part of however Marvel introduces the X-Men into the MCU. After all, in the comics, Wanda is the daughter of the mutant Magneto. "Someone just said, 'Because you're bringing in X-Men, Wanda's a part of the X-Men franchise. Why can't Wanda be there too?' In my mind I'm like, 'Yeah. Why can't Wanda be with the X-Men too?'" Olsen told Collider. "I have no idea. I don't know what I want. I know I want it to matter. There's no reason to continue to tell these stories unless they're really strong, good stories, and that they're adding something to the entirety of the MCU. I will be there if there's a great idea."

In fact, Olsen even has ideas of what she'd like to do with the character next. "There are a few images in my head of, I think they're from Witch's Row, as she's aging and decaying, while using her power and there's something in that, this older woman, who's aging from her power, that I'm interested in," she told ComicBook.com. "And I don't really know what that means, but I kind of would love to be old."