Doubling down on "great replacement" paranoia: How the right is reacting to the Buffalo shooting

The shooter appeared to motivated by a racist, right-wing theory known as the "great replacement" 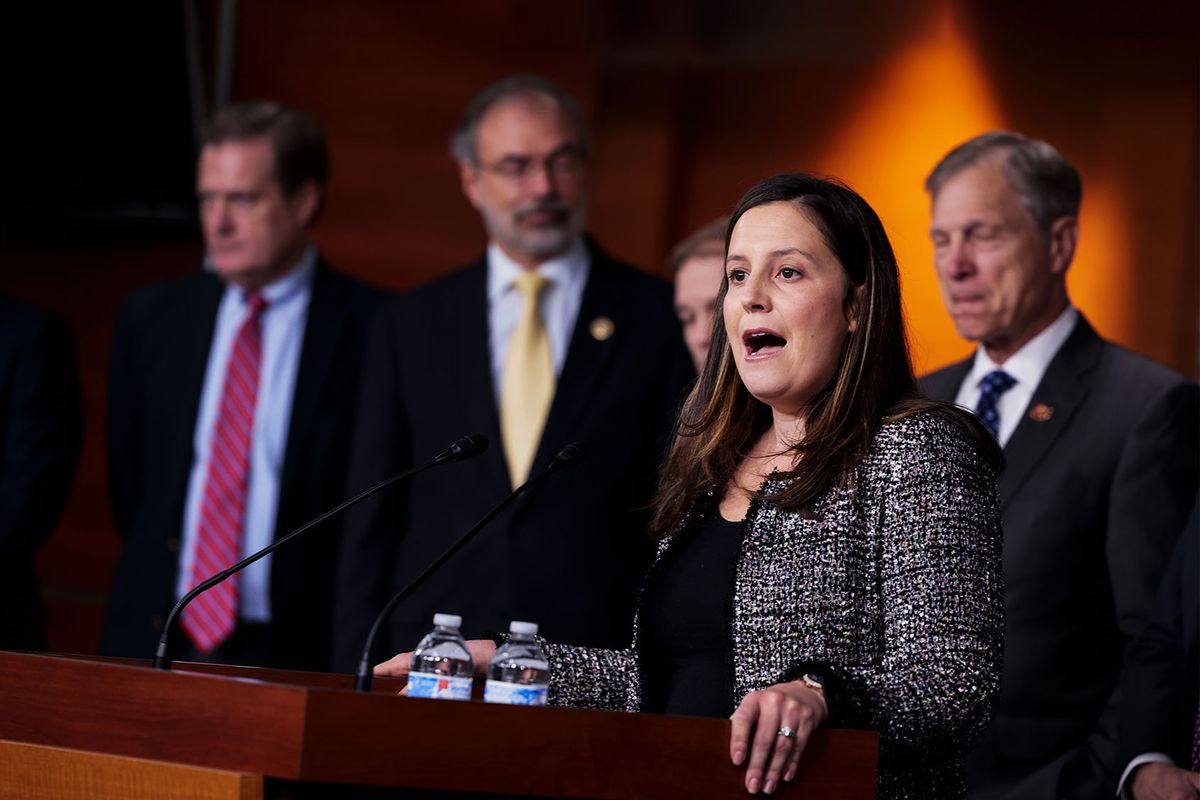 Days after an 18-year-old alleged supporter of the "great replacement" theory opened fire in a Buffalo grocery store located in a Black neighborhood, killing ten people and injuring three more on Saturday, right-wing pundits are attempting to downplay the mass shooting by baselessly claiming that the perpetrator was motivated by left-wing ideology.

Conservative commentators appear to be pushing back against the notion that the accused shooter, Payton S. Gendron, who is now in custody, was acting on his belief in the "great replacement," an unsubstantiated theory – now widely shared amongst the far-right, including Fox News host Tucker Carlson – that Democrats are deliberately loosening border restrictions in order to offset the electoral power of white Americans. Gendron's apparent belief in the theory was first reported after outlets obtained the shooter's 180-page manifesto, written before the shooting took place, that contains explicit references to the "great replacement" in addition to a medley of hateful and racist rants.

Since the shooting, many on the right have either doubled down on their promotion of such paranoia, downplayed the massacre by pointing to other crimes or misleadingly suggested that the shooter, whose gun was reportedly emblazoned with the word "N***er," was actually motivated by left-wing ideology.

Rep. Elise Stefanik, R-N.Y., who recently came under fire for promoting the theory in a number of campaign ads, first put out a statement decrying the link to her past support before doubling down on her claim that Democrats are plotting to bring immigrants into the country in an effort to politically harm the Republican Party.

"Democrats desperately want wide open borders and mass amnesty for illegals allowing them to vote," she tweeted on Monday. "Like the vast majority of Americans, Republicans want to secure our borders and protect election integrity."

Blake Masters, the Silicon Valley billionaire running for U.S. Senate in Arizona, said on Saturday that the Democrats' "electoral strategy" is to "open borders so they can bring in and amnesty **tens of millions** of illegal aliens."

"The Buffalo shooter did not say a single thing about Tucker Carlson and wrote that he hated Fox News," wrote Greg Price, Senior Digital Strategist at X Strategies. "By contrast, the congressional baseball shooter who almost killed Steve Scalise declared his love for Rachel Maddow in writings. Did Rachel Maddow almost kill Scalise?"

"He literally writes that he's an anti-Semitic, anti-Christian Nazi leftist but the same ghoulish grifters who always rush to exploit tragedy for political points somehow glossed over this," echoed far-right radio host and former spokesperson for the National Rifle Association Dana Loesch.

Alt-right social media personality Mike Cernovich picked out a series of quotes from the manifesto, suggesting that Gendron rejected Christianity and admitted to being a left-wing authoritarian who believes in "green nationalism."

"Twitter bans people for linking to these documents even though it helps us understand what is true and what isn't," Cernovich wrote. "I can't post it but what I said above is true and verifiable.

The commentator also implied that the FBI has been misusing its resources for not flagging Gendron's online activity earlier.

RELATED: Buffalo: This is where Donald Trump's race-war fantasies lead

"The FBI in New York had time to raid James Okeefe and Project Veritas for doing journalism but not to follow up on credible school shooting threats the Buffalo shooter was reported to police for making," he tweeted. "Does it make sense now?"

Some fringe conservatives, however, reverted back to their old habit of casting mass shootings as false flag affairs, including Arizona state Sen. Wendy Rogers and white nationalist Nick Fuentes.

"Fed boy summer has started in Buffalo," Rogers tweeted, implying that the shooter was a federal operative. On Saturday, Fuentes similarly described the shooting over Telegram as a "new false flag."

There is no evidence that the shooting was a staged event.