I could eat 100 of these bulgur-feta fritters

Crispy and cheesy, these two-ingredient fritters would sparkle next to anything 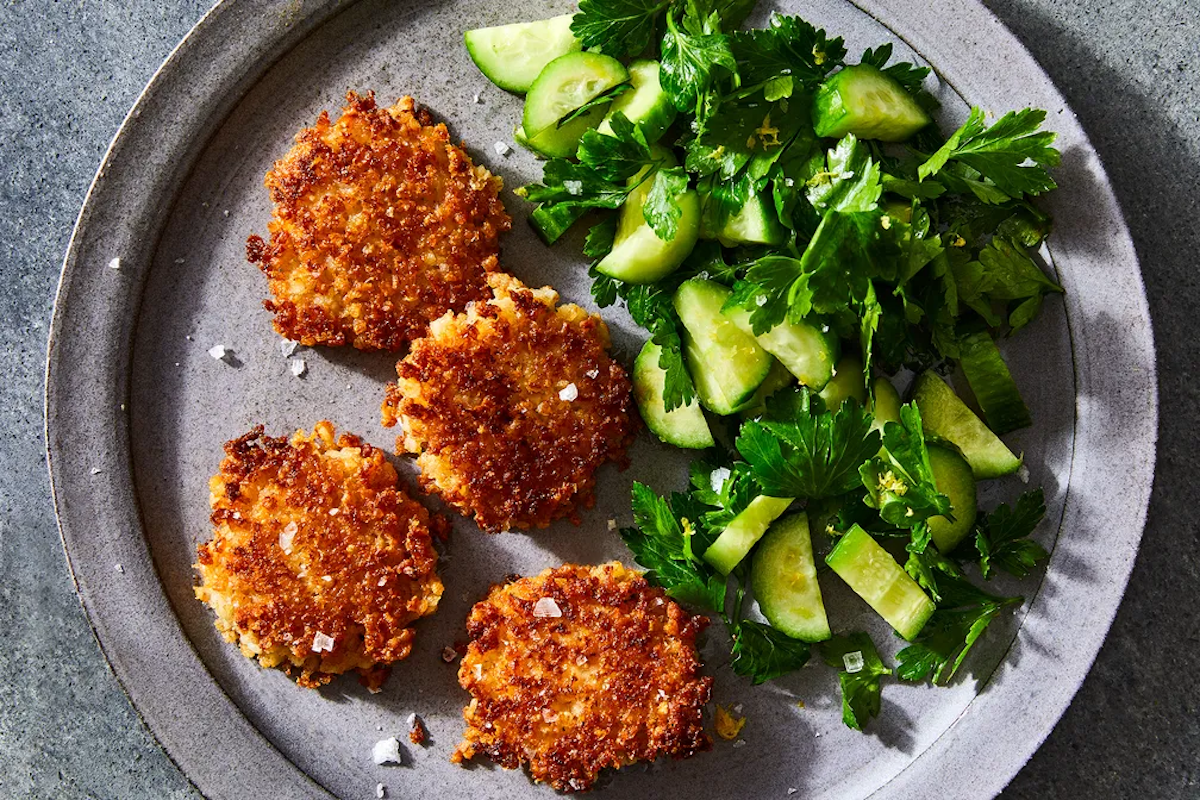 Big Little Recipe has the smallest-possible ingredient list and big everything else: flavor, creativity, wow factor. That means five ingredients or fewer — not including water, salt, black pepper, and certain fats (like oil and butter), since we're guessing you have those covered. Inspired by the column, the Big Little Recipes cookbook is available now.

Yes, I have an Instant Pot. It cooks rice, beans, and polenta more speedily than I ever could on the stove. But you know what I never need it for? Bulgur.

Made from wheat kernels that have been parcooked, dried, and ground, bulgur cooks up in less time than it takes to pick something to watch on Netflix (I'll save you the trouble — "Bridgerton"). In fact, depending on the grind, it may not need to be cooked at all. Fine bulgur can simply soak in hot water, like a bath.

"Think of bulgur as the ancient version of 'instant rice,'" writes Abra Berens in "Grist."

That's why you'll find bulgur in a slew of traditional dishes. In kishk, it leisurely ferments with yogurt, becoming what Reem Assil calls, in her cookbook "Arabiyya," "the Swiss army knife of preserved Arab foods." In ezogelin çorbasi, aka Turkish bride soup, it simmers with rosy lentils and warm paprika. And in tabbouleh, it joins forces with a lot of parsley — or a little parsley, depending on who you ask.

As Yotam Ottolenghi and Sami Tamimi share in "Jerusalem," "The Lebanese use the least amount of bulgur, just a tiny quantity of grain dotted sparingly among the parsley. The Palestinians add a little more."

Either way, the combination of bulgur with parsley, plus cucumber and lemon is hard to beat: nutty and bright, tender and crunchy, grounding and reviving, all at once. And so this recipe follows suit. It is mostly bulgur, parsley, cucumber, and lemon. The similarities stop there, though.

Medium bulgur is steamed into fluff, then smashed with salty feta. These two ingredients effortlessly turn into patties, which effortlessly fry into crispy-edged, melty-centered fritters. From afar, they almost look like sausage patties. And thanks to a splash of feta brine added to the water in which the bulgur cooks, they evoke a similar umami-ness. (Psst: Use the rest of the feta brine for this martini.)

Tucked next to an enormous salad — which includes not a single leaf of lettuce, and no, I'm not apologizing — it is a dinner to make when you don't want to make dinner at all. Little effort, big reward.