In Midwestern schools, LGBTQ teachers face discrimination, hate and their own fears

Educators cannot thrive and do their jobs without fear or hesitation in Midwestern schools, teachers say 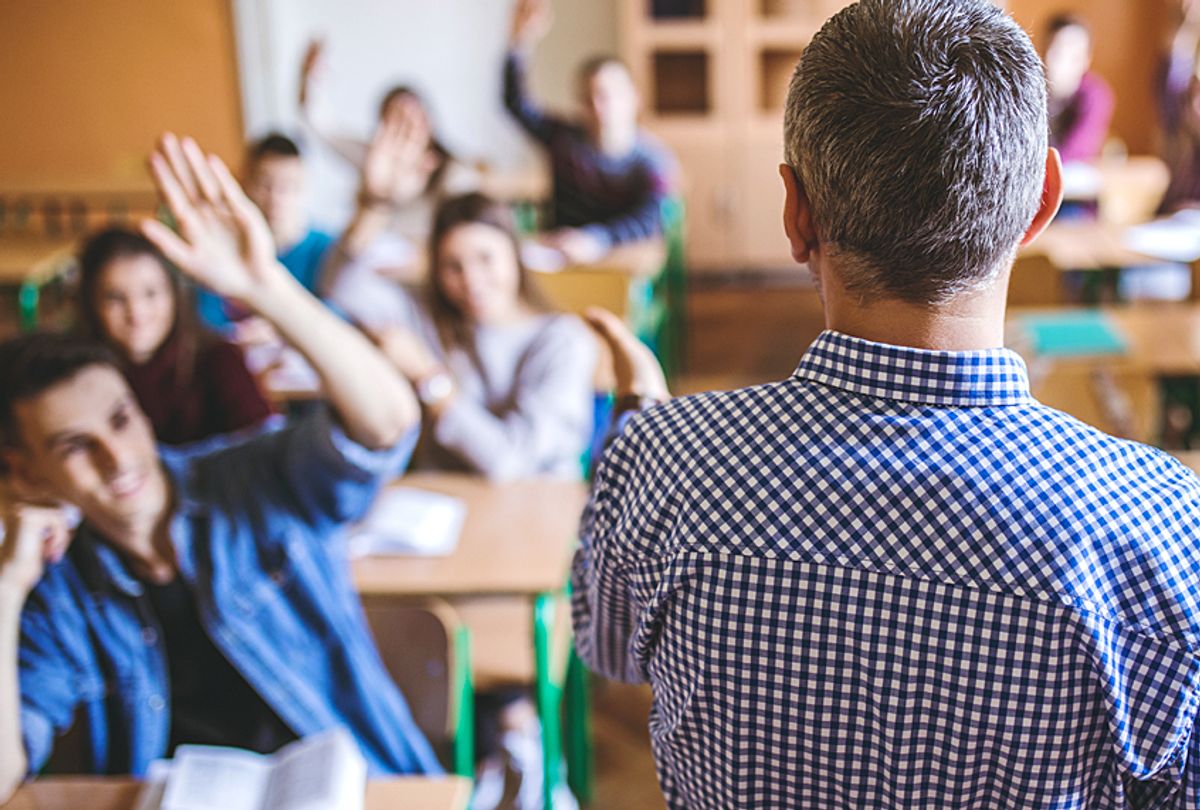 The national debate about LGBTQ issues in schools has come to the Midwest. In the wake of the passage of Florida's so-called "don't say gay" law, more than a dozen other states – including Missouri, Iowa, Tennessee and Ohio – have proposed similar legislation aimed at limiting how teachers discuss topics of gender identity or sexual orientation.

Based on my own experience, that of my collaborator Steven Gill, and our initial research, teachers in the Midwest are having experiences similar to those elsewhere around the country.

We have both faced invalidating, even scary, obstacles in our journeys as out queer educators, and we have seen our queer and trans students suffer as well.

For me, being a faculty sponsor for the school's gay-straight alliance student group was both heartwarming and heartbreaking. I started my career at an urban school serving a high-poverty population in Nebraska in 2001 and found that the school's GSA membership was just a handful of students.

During my first year as a volunteer sponsor of the group, another teacher was invited by the official sponsor to one of our meetings and showed a video of people claiming to be "former gays." He then pulled out a Bible and had a discussion with the students about how who they were was a sin. The official sponsor, a school counselor, smiled throughout and let him continue speaking.

I fought back tears of anger as I heard students say, "I know I'm going to hell, but I can't control how I feel and I've tried not to be gay, but it's impossible." I was furious that this was allowed to happen in what was supposed to be a safe and affirming space in a public school where this type of proselytizing should not be allowed. I watched as all the confidence and self-esteem drained from the students.

When I became the official sponsor, I ensured that teacher would not be allowed back to speak to the group. Later, he told a lesbian teacher he was praying for her soul. Twenty-one years later, he is still at that school – in a leadership role.

By the time I left in 2011, students were out and proud as allies and as a part of the LGBTQ community. While I won two national awards for my work there, neither was acknowledged by my school.

I witnessed students being disowned when they came out while also being rejected by religious shelters. There were many suicide attempts and countless mental health crises, and grades would drop as a result of bullying and harassment by teens and adults.

I have always been out as a queer woman, and many students thanked me for that. But I was told that two other teachers called me a "dyke" in the staff lounge because I participated in the Day of Silence to support LGBTQ rights. Some students told me they were praying for my soul around the flagpole. A parent accused me of turning his child gay because they went home with a rainbow ribbon and he threatened to follow me home and show me "what a real man is." The school had two visits by the infamously homophobic Westboro Baptist Church. Its members held signs across the street saying "God hates fags" and tried to distribute literature to our students as they left the school building.

My collaborator Steve Gill reports, "I'm a current middle and high school social studies teacher who is out as nonbinary, and queer, to my students, and my school system. When I was going through elementary, middle, and high school and college I had no out queer or nonbinary or transgender teachers, or any type of representation.

"This caused me feelings of isolation and loneliness, as I did not have close queer icons or representations to look up to.

"In adulthood, as a teacher, I firmly and confidently tell students 'I am Coach Gill, I go by "Coach" because I am nonbinary. I am also Black and Queer.' I choose to be out despite the discrimination I have faced, continue to face, and will face in the future. I choose to be out because representation does matter.

"I want the people in my community to know that LGBTQ people exist in everyday jobs, not just as famous celebrities. I have students who come out to me because I am a safe space. I know of students who have been kicked out of their homes, misgendered, and they are mocked and ridiculed for being out at home."

Our survey and what the preliminary results found

Our research shows that we are not alone. Many schools in the Midwest are places where queer and trans educators cannot thrive and do their jobs without fear or hesitation.

We posted a preliminary survey on social media, seeking teachers in the Midwestern states of Nebraska, Iowa and Minnesota. Out of the 45 educators who responded, 12 place their identities in the broad spectrum of LGBTQ community. But just four of them are out in their schools.

While our initial survey data is limited to these 45 respondents, the results are not surprising given our lived experiences and other research into schools' treatment of LGBTQ people.