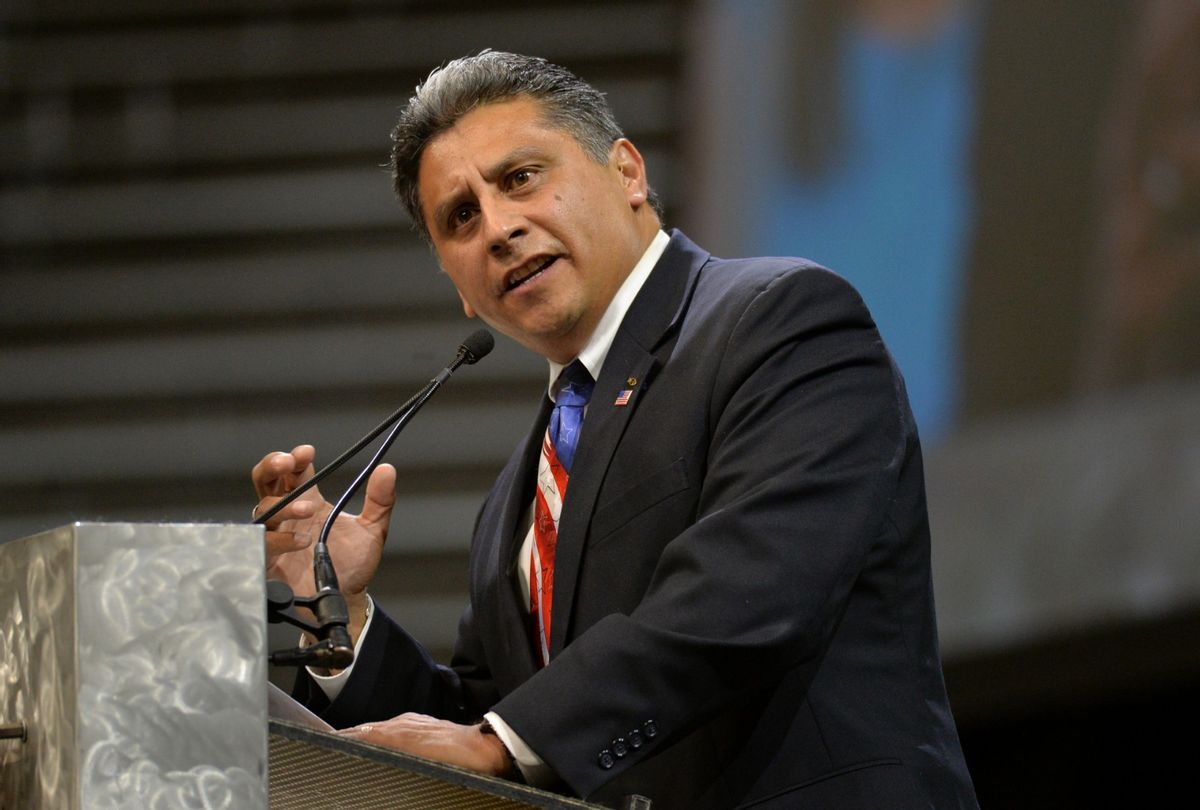 On Wednesday, 9NEWS reported that a Republican candidate for governor of Colorado is proposing that the state eliminate the popular vote in statewide races — and instead adopt a quasi-electoral college system that, in his design, would give dramatically more power to less populated, more Republican areas.

"Former Parker Mayor Greg Lopez, who holds the top line on the 2022 Republican primary ballot, says Colorado should create an electoral college system for electing candidates to statewide office," reported Kyle Clark. "The plan, which would be the first of its kind on the state level, would give far more voting power to Coloradans in rural, conservative counties and dilute the voting power of Coloradans in more populous urban and suburban areas. Lopez outlined his proposal at a May 15 campaign stop in Silverton. An audio recording of the event made by a political tracker was provided to 9NEWS."

Under Lopez's plan, each county would get between three and eleven electoral votes, depending not on their population, but on their voter turnout rate. As 9NEWS noted, "Colorado's rural, conservative counties had seven of the 10 highest voter turnout percentages in the 2018 race for governor. Those counties had an average of 1,077 ballots cast in the election."

Under this system, Democratic Gov. Jared Polis, who won the 2018 election by double digits, would have received 181 electoral votes to the 263 earned by his Republican opponent, Walker Stapleton. "Lopez's weighting system would have given the 2,013 combined voters in Hinsdale, Kiowa and Mineral counties a total of 33 electoral votes, more than double the 14 electoral votes of Denver, Arapahoe and Adams counties' combined 761,873 voters," said the report.

This plan would almost certainly be unconstitutional under the Supreme Court's landmark 1964 ruling in Reynolds v. Sims, which enforced the principle of "one person, one vote" in state elections. Lopez has openly admitted his plan would not count voters equally, saying, "It's not about one-person, one-vote. It's about true representation."

Lopez has also drawn controversy for his stance opposing abortion with no exceptions for rape and incest — while avoiding questions about his 1993 arrest for violently assaulting his then-pregnant wife.