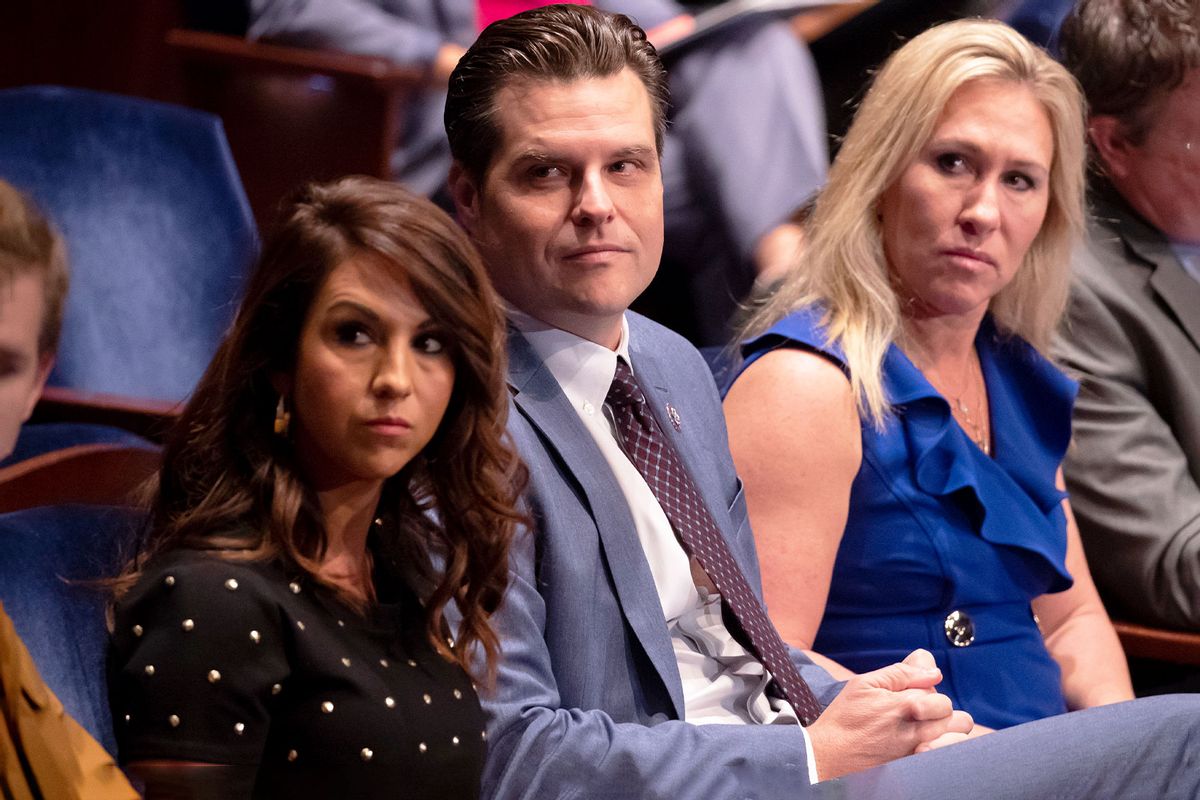 The bill, dubbed the "Access to Baby Formula Act" (HR 7791), was passed with 414 "yes" votes. The measure would allow the Department of Agriculture to waive restrictions on baby food for recipients of the Special Supplemental Nutrition Program for Women, Infants, and Children (WIC). Typically, WIC limits the range of baby food brands that parents can purchase through the federal program.

RELATED: Doctors explain why it's not safe to make your own baby formula at home

Gaetz has argued that the measure would "allow WIC to utilize a far greater portion of the baby formula market, crowding out many hard-working American families."

"All considered, government-empowered swings to markets typically create more problems than they solve," he tweeted. "Instead of creating new emergency authorities for the Incompetent Biden Regime, we should source more product for all American families and solve the problem."

Biggs echoed a similar sentiment this week, arguing that "empowering the Secretary of the USDA so that they can waive administrative requirements for the WIC program is ineffective and artificial."

"The better solutions are to distribute formula currently in the hands of federal agencies and reduce regulatory barriers that would allow for the expansion of domestic formula production," he tweeted.

Republicans have spent weeks capitalizing on the shortage for political gain, slamming President Biden for failing to end the crisis.

The Access to Baby Formula Act was one of two bills that were passed this week to shore up the nation's baby food supply — both of which ran into Republican opposition.

House lawmakers also approved a bill, known as the "Formula Supplemental Appropriations Act," that would provide the Federal Drug Administration with $28 million in emergency funds to ameliorate the shortage and stop fraudulent products from seeing store shelves. The measure, passed by a 231-192 vote, was introduced by Rep. Rosa Delauro, D-Conn., who told NBC that the appropriation would be mostly dedicated to beefing up the agency's staffing. Nearly 200 Republicans voted against the effort, while only 12 supported it.

"FDA does not have the adequate inspection force to be able to do that and to do it in a timely way," she told the outlet. "So the crux of this is providing infrastructure ... in order to do what needs to get done. And that is about, as quickly as possible, how we get product in and get it on the shelves."

On Thursday, FDA Commissioner Robert Califf appeared before Congress to answer questions about why the agency did not step in sooner to address the shortages.

The day before, President Biden invoked the Defense Production Act in order to address the nation's formula shortage, requiring suppliers to send ingredients to baby food manufacturers before any other customers. The administration is also launching Operation Fly Formula, which allows the Pentagon to pick up baby food from overseas on behalf of the Departments of Agriculture and Health and Human Services.

According to The Wall Street Journal, roughly 40% of baby food brands sold in the U.S. have been out of stock since late April.