The most beautiful smoothie I've ever seen 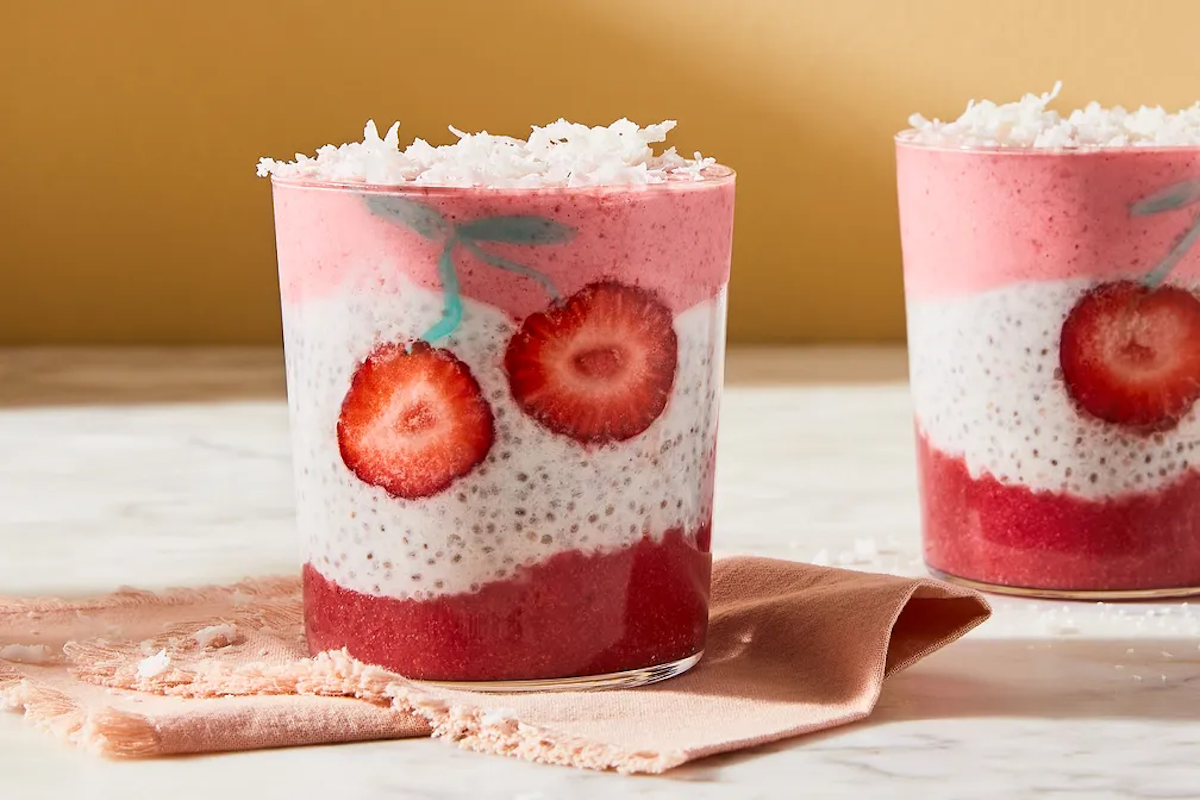 When Diana Yen and I got matched up to create an item for the snack break at Cherry Bombe Jubilee, Diana wanted something playful, something visual. As the founder of A LA CARTE, a studio that specializes in food photography, styling, and recipe development, Yen is always focusing on how to make individual ingredients sing. She lives in Ojai, California (which she's dubbed "the Upstate of L.A.") and visits the farmers market weekly, letting local and seasonal produce guide her cooking. In her work, ingredients come first, keeping in mind the simplest way to execute. Usually a recipe is done once and then never used again.

I, on the other hand, am the founder of Anita's Yogurt based in Brooklyn, NY. I'm a former vegan chef, and I created my signature coconut yogurt in my home kitchen to use in dessert recipes. Nine years later, the brand has sold over a million cups of yogurt from coast-to-coast including 150 locations of Whole Foods. My recipes have been featured on Food52, Munchies, Cherry Bombe and Bon Appétit.

So together, Diana wanted to make something using Anita's Yogurt that evoked the magazine's logo. So she thought, "How do I make two cherries?" She sliced strawberries horizontally and that led to drawing a stem between them. A big part of what made it popular was drawing that stem on the outside of the cups, and sticking the strawberries on the inside. It was colorful and the flavors evoked springtime — a floral hint from rosewater and the tart strawberries. The smoothie had three layers, red strawberry puree on the bottom, white chia and yogurt in the middle, and a classic pink strawberry smoothie on top. It's a technicolor dream of a smoothie, a pousse-café meets a parfait meets a smoothie, as delicious as it was visually stunning.

Most impressive to me was how she showcased my yogurt so beautifully, and the engineering that was involved. Each layer had to be slightly less thick than the previous one in order for them to stay on top of each other without mushing together. With our team of five, we carefully spooned each layer into hundreds of glasses (each one hand drawn with the stem by Diana) the morning of Jubilee. Diana hand cut hundreds of paper straws so that they were the perfect length for the mini tumblers. Once the snack break started, attendees poured into the room and the smoothies were gone within minutes. But our efforts paid off. Diana's strawberry rose smoothing made with my yogurt became the most Instagrammed snack of that year's event.

This post contains products independently chosen (and loved) by our editors and writers. As an Amazon Associate, Food52 earns an affiliate commission on qualifying purchases of the products we link to.