The "Joe Manchin of the House" bites the dust: Corporate Democrats keep falling, one by one

With Kurt Schrader's apparent defeat in Oregon, the Blue Wall of status-quo corruption keeps on crumbling 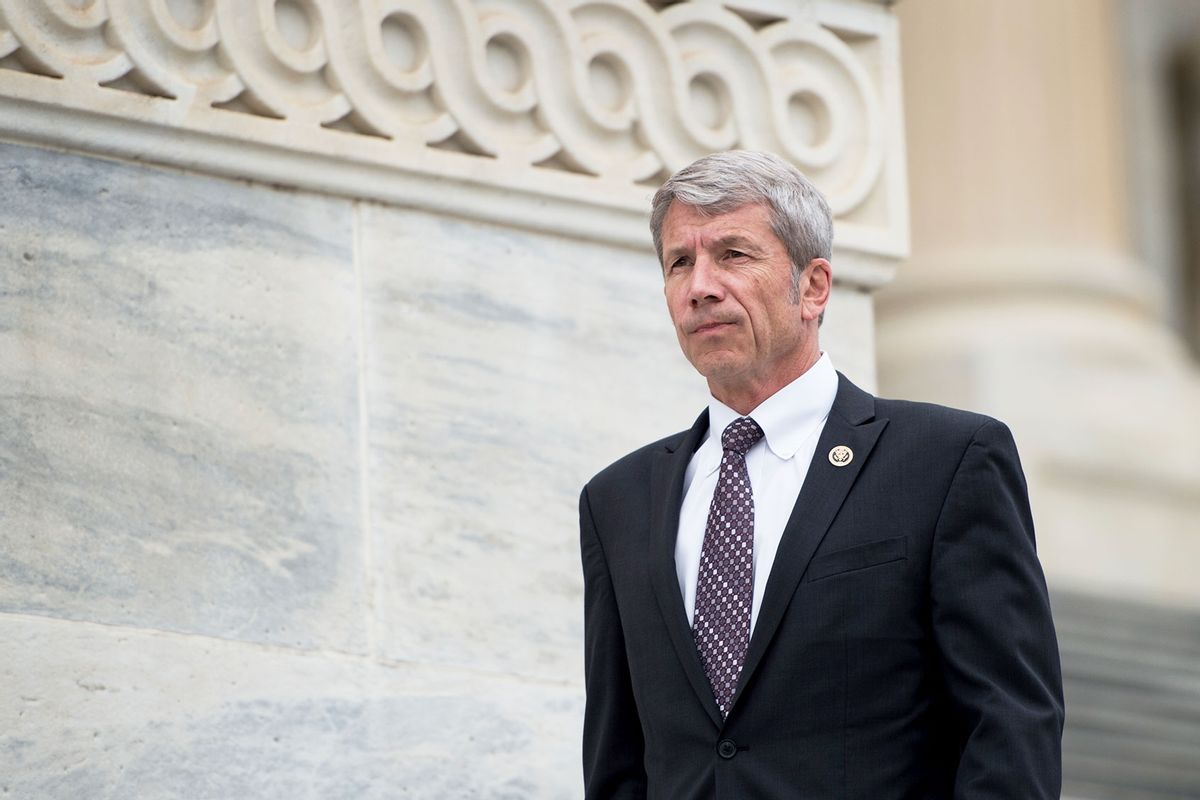 Three years ago, we helped write a report for RootsAction.org targeting 15 corporate Democrats in Congress who deserved to be primaried. We called the report "Bad Blues." A common reaction back then was that those establishment politicians were too strong and entrenched to be defeated.

On Tuesday, yet another "Bad Blue" apparently went down to defeat — with Rep. Kurt Schrader of Oregon, a seven-term incumbent, running way behind community activist Jamie McLeod-Skinner in the slowly tallied Democratic primary.

Schrader is not the first "Bad Blue" on our list to face defeat by a progressive challenger. And he's unlikely to be the last.

He heavily outspent McLeod-Skinner — thanks to lavish funding from Big Pharma and other corporate PACs — but was out-organized on the ground. McLeod-Skinner called him "the Joe Manchin of the House."

The current vote count indicates that constituents in that district south of Portland will no longer be represented by a Democrat who obstructs progressive initiatives on Capitol Hill, such as drug pricing reform and Build Back Better. (Despite his history of blocking key Democratic priorities, Schrader was endorsed in the primary by both President Biden and House Speaker Nancy Pelosi.)

Next Tuesday in South Texas, Rep. Henry Cuellar — who is now the only remaining anti-abortion House Democrat — may be ousted in a Democratic primary runoff by Jessica Cisneros, a progressive immigrants' rights lawyer. As we wrote in our 2019 "Bad Blues" report, Cuellar is so corporate that he gets funding from the Republican-allied Koch Industries PAC.

But it's not just Koch Industries that supports Cuellar against Cisneros. It's also Pelosi. And that's the crux of the problem — a blue wall of corruption and incumbency.

Bad Blues in the House rely on support from old-line Democratic leaders like Pelosi and House Majority Whip Jim Clyburn, D-S.C., along with cash from corporate PACs that fund the leadership of both political parties.

The good news is that Bad Blues are being ousted by progressives who rely on small donors and support from grassroots activists.

Nancy Pelosi is sticking with the anti-choice Henry Cuellar — even after the FBI raided his home and after the leaked Supreme Court opinion that will end Roe v. Wade.

Pelosi reaffirmed her endorsement of Cuellar against Cisneros even after the FBI raided Cuellar's home and campaign headquarters last January as part of a corruption probe. Then she doubled down on her endorsement of the anti-choice incumbent just days ago, even after the Supreme Court draft opinion overturning Roe v. Wade was leaked. Meanwhile, as the No. 3 House Democrat, Clyburn recently campaigned in Texas for Cuellar against Cisneros.

It's worth remembering — and might serve as a source of inspiration — that the top of the blue wall of corruption is getting weaker all the time. The Democratic House leadership trio — Pelosi, Bad Blue Steny Hoyer of Maryland and Clyburn — are aged 82, 82 and 81 respectively. Well-funded by corporate interests, they serve the status quo. Running on an aggressive change agenda (Green New Deal, Medicare for All, and so on), the grassroots-funded Jessica Cisneros is not yet 30.

Of the 15 Bad Blues we identified in 2019, two have chosen to retire from Congress, and two were primaried and defeated in 2020. Democrat-in-name-only Dan Lipinski was defeated in Chicago's Southwest Side and the neighboring suburbs by liberal activist Marie Newman. And then, in one of the most stunning upsets in recent U.S. politics, 16-term Rep. Eliot Engel from New York — the hawkish chair of the House Foreign Affairs Committee — was ousted from Congress by educator Jamaal Bowman, who promptly joined the progressive "Squad."

Bowman, who was recruited as a candidate by Justice Democrats, won that seat largely thanks to a grassroots campaign that involved activists from many groups, including the Working Families Party and Democratic Socialists of America.

On his path to Washington, Bowman owed no favors to big donors or to the status-quo Democratic leadership. He arrived in Washington ready to fight for the progressive reforms needed by his working-class constituents in the Bronx and Westchester.

Jamie McLeod-Skinner, as the replacement for Bad Blue Kurt Schrader in Oregon, would not be beholden to any of the many corporate PACs that supported him.

And if Jessica Cisneros can defeat Cuellar on Tuesday in South Texas, she'll be ready to fight for the interests of her working-class district.

And the rest of us will have gained two new congresswomen who are helping chip away at the blue wall of corruption.

Read more on the Democrats' chances in the midterms: