Greene complains that people are picking on white supremacists: They “shouldn't be the main target”

"It's not about race," Greene says after white conspiracy theorist targeted Black people in Buffalo 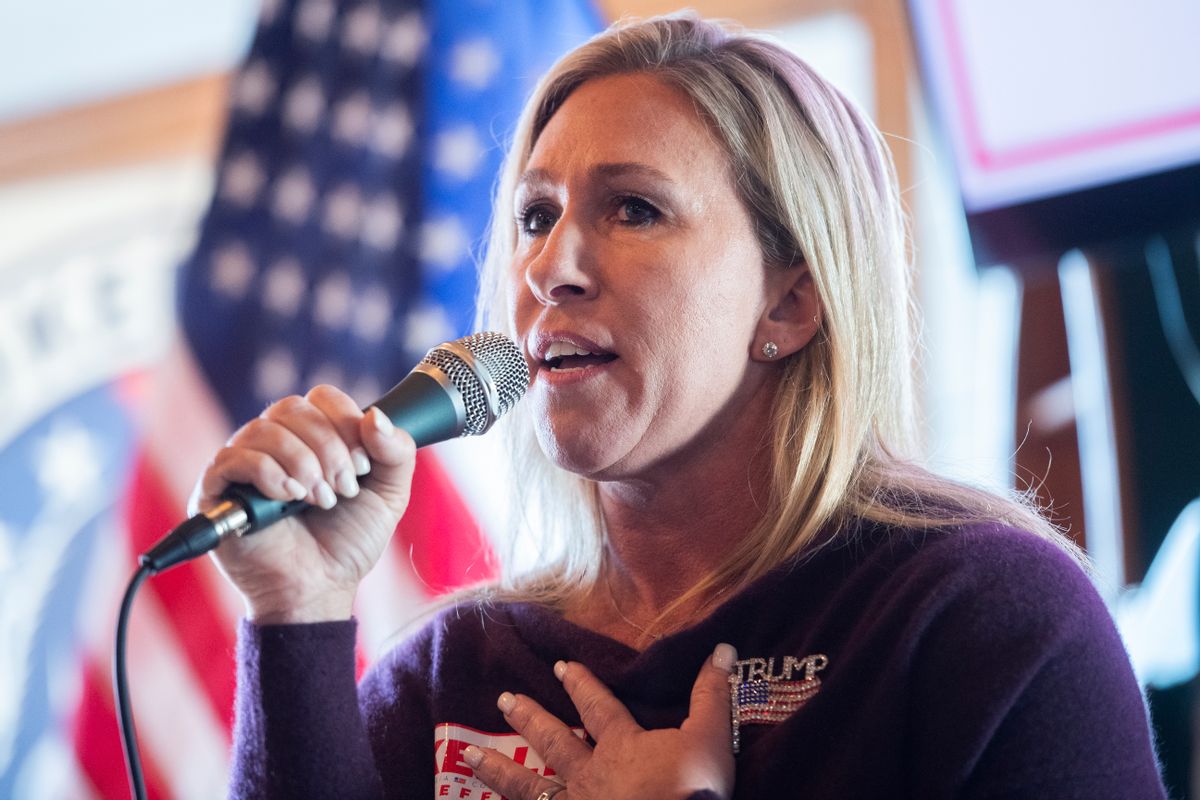 Rep. Marjorie Taylor Greene, R-Ga., complained over the weekend that white supremacists were under attack after a racist was accused of a mass shooting in a Black Buffalo neighborhood.

In a Saturday interview on Real America's Voice, Greene argued that there should be more focus on minorities who carry out racist attacks.

"These people are all guilty of these crimes and it's not about race," she said. "It shouldn't be about race. But they're clearly racist as well."

"So white supremacy shouldn't be the main target," the lawmaker added. "We should be more concerned about the illegal invasion at the border, the crime happening every single day on our streets, especially in cities like Chicago. We should go after criminals that break the law and not pursue people based on their skin color and how they vote. But that's what the Democrats want to do."