At least 21 dead in Texas school shooting: "They f**king failed our kids" 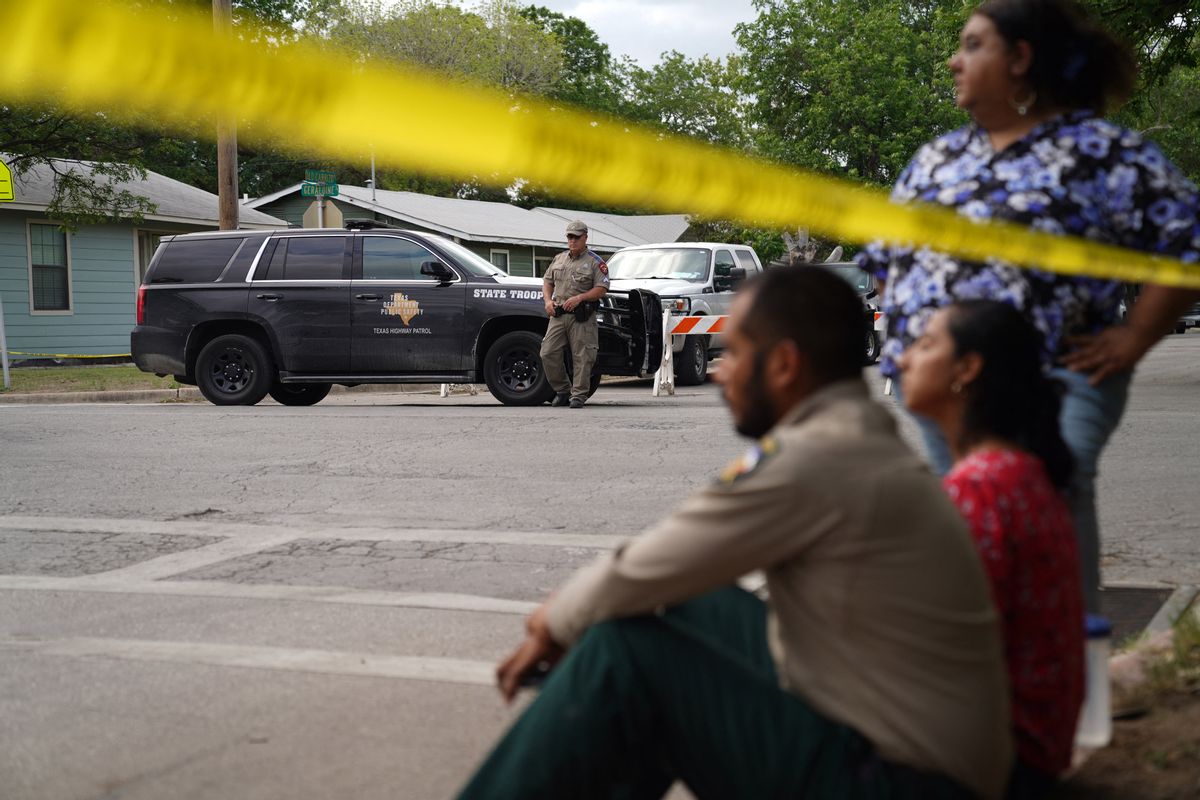 A South Texas town is reeling Tuesday night after at least 21 people — including 19 students and two adults — were killed and an unknown number of others wounded by a gunman during a mass shooting at a local elementary school.

Julián Castro, a former San Antonio mayor, HUD secretary and 2020 Democratic presidential candidate, said on the same network that "this has become part of who we are as a country."

"The free availability of guns has not made us safer in the United States or here in the state of Texas," he added.

The shooting occurred at Robb Elementary School in the town of Uvalde, 85 miles west of San Antonio. Texas Gov. Greg Abbott, a Republican, said in a statement that the shooter — who reports now indicate may have had an assault-style rifle and a handgun — shot and killed his grandmother before going on a rampage at the school at around 11:30 a.m.

"He shot and killed, horrifically and incomprehensibly, 14 students and killed a teacher," Abbott said of the shooter, relating the known death toll at the time.

The governor also said that two police officers sustained non-life-threatening injuries during an exchange of gunfire with the shooter.

Around 600 second- through fourth-grade students attend Robb Elementary School. Distraught parents rushed to the campus trying to locate their children in the wake of the shooting.

"We can't find my daughter," Brandon Elrod, the father of a missing 10-year-old girl, told ABC 6. "She might not be alive."

Pete Arredondo, police chief of the Uvalde Consolidated Independent School District, said during an afternoon press conference that several adults and students had been injured in the attack.

"At this point, the investigation is leading to tell us that the suspect did act alone during this heinous crime," he said.

According to the Gun Violence Archive (GVA), Tuesday's incident is now the deadliest U.S. school shooting in nearly a decade, since the December 2012 Sandy Hook Elementary School massacre in Connecticut, in which 28 people were killed. The 2018 Marjory Stoneman Douglas High School shooting in Parkland, Florida, took 17 lives.

GVA says there have been at least 212 mass shootings and at least 7,584 gun deaths — including 411 children under the age of 12 — in the United States so far this year.

"What are we doing? What are we doing?" asked Sen. Chris Murphy, D-Conn., in an emotional Senate floor plea. "This only happens in this country and nowhere else. Nowhere else do little kids go to school thinking that they might be shot that day."

Meanwhile, Republicans offered their customary thoughts and prayers. Rep. Tony Gonzales, R-Texas, whose district includes Uvalde, tweeted, "Children are a gift from the Lord; they are a reward from him. Jesus said, 'Let the little children come to me, and do not hinder them, for the kingdom of heaven belongs to such as these.'"

In March, Gonzales boasted on Twitter that "I voted NO on two gun control measures in the House today. I am a proud supporter of the Second Amendment and will do everything I can to oppose gun grabs from the far Left."