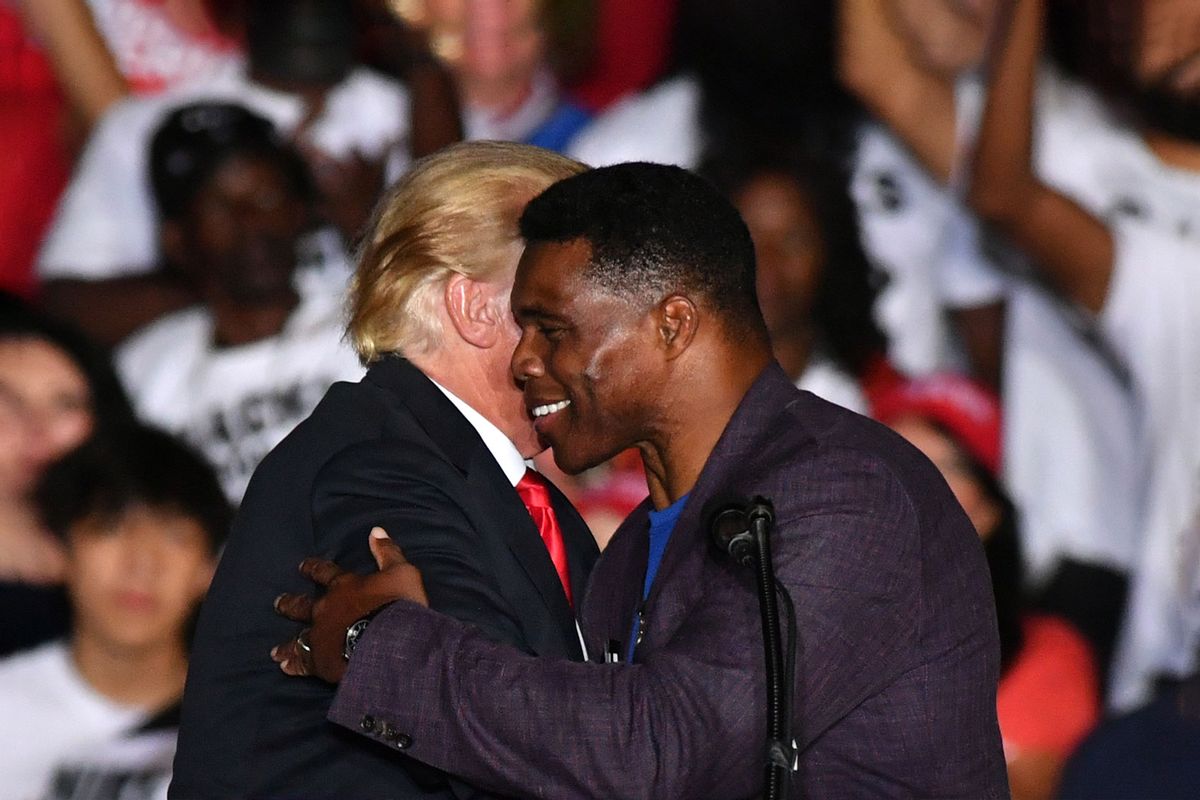 Hershel Walker, the leading Republican Senate candidate in Georgia, insisted that former President Donald Trump has never said that the 2020 election was rigged or stolen.

In a video that was shared on Twitter this week, Walker speaks to a reporter who questions him about Trump's false election claims.

"I think you -- I think reporters said that," Walker insists. "I don't know whether President Trump ever said that because he never said that to me."

"He says it over and over," the reporter notes.

"No, no, no, no," Walker replies. "I've never heard President Trump ever say that."