How 40,000 dumplings empowered solidarity for the Asian community

Food blogger Jannell Lo has raised more than $150,000 through "Dump the Hate" 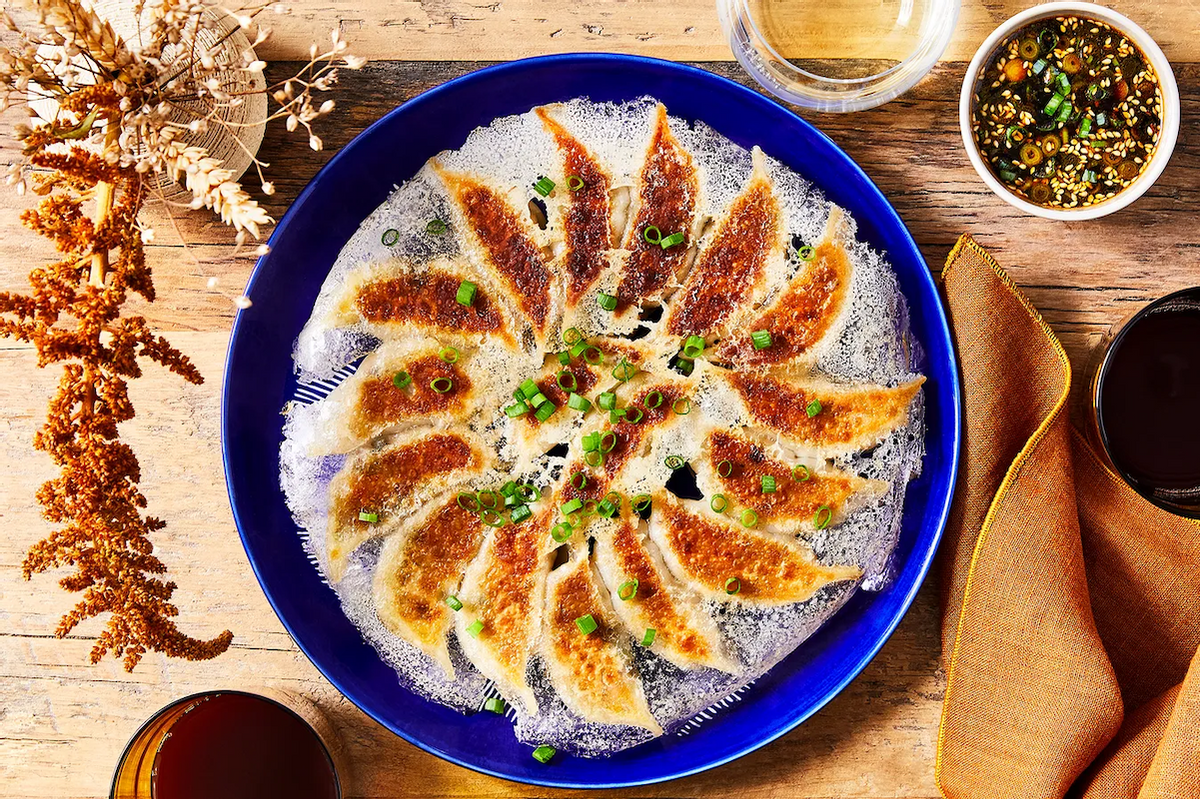 Even before becoming a chef and blogger, food has always been a gathering point in my life. From growing winter melons and Chinese chives in the yard with my grandfather to feasting at the best dim sum restaurants in Toronto, I learned at a young age that food has immense power to bring people together. One of my favorite memories from my childhood was when my mom would gather my sisters and me to fold dumplings with her. She habitually bought pre-made wrappers at the store and had the other ingredients and filling ready to go — a mixture of ground pork, blanched watercress, white pepper, oyster and soy sauce, bound with egg whites. Mom never measured any of the quantities, and somehow it tasted the same every time.

We would hover over our circular dining table — the shape best suited for sharing dishes family-style — folding and chuckling over the flimsiest looking sui gao. Mom would boil them as we went and we watched each bundle float to the top of the pot, a sign that they were ready to eat. We would pop the hot dumplings into our mouths far too quickly, and after a symphony of huffs and puffs, they would settle into our bellies and warm us from the inside out.

Gathering around food had always played an integral role in uniting my family, giving my immigrant parents a way to show love when they didn't have the vocabulary to express it through words. Food breaks barriers and transcends language, and seeking those connections led me to become a chef.

When horrific videos of anti-Asian hate crimes surfaced online in early 2021, I knew I wanted to spread hope through food. I needed to transform my despair into support for my community. It was the first time I faced the reality of people who look like me getting violently attacked for simply walking down the street.

Instinctually, I reached for what I knew best — dumplings — and created the campaign Dump the Hate, a virtual dumpling-making fundraiser, encouraging anyone to make dumplings, sell them to friends, and donate the proceeds directly to organizations supporting the Asian community, such as Asian Americans Advancing Justice and Fight COVID Racism. I launched Dump the Hate on March 14th, 2021. Two days later, a gunman in Atlanta deliberately targeted Asian women at three massage parlors and killed eight victims. Confusion, anguish, and rage washed over me as I questioned how the world perceives me as an Asian woman. I began to unravel layers of internalized shame that I had carried with me for so long, and I became determined to stop hiding from the world. I was ready to stand up for myself and for people like me.

It was humbling to witness so many others filled with the same energy. Dump the Hate took on a life of its own, reaching cities from Honolulu to Denver, Paris to Hong Kong. The campaign morphed into more than just dumpling sales as teachers created lesson plans, students produced video assignments, chefs taught virtual dumpling workshops, and creators made dumpling-themed merchandise to raise money for the cause. Dump the Hate was exactly the outlet my community was searching for, uplifting and advocating for each other through dumplings.

People reached out personally, thanking me for helping them connect to their heritage.

"I came across your hashtag and was moved to take action under current circumstances." — Eddie @maosbao

"It gives me a lot of meaning and purpose." — @timothyhchan

"Beyond the financial motives of this movement to help support this community, you have made a difference for me as an Asian American." — Allison @mykitchenmyheart.

What was supposed to last two weeks became an ongoing movement, with over 40,000 dumplings made and nearly $150,000 raised in 14 months. A year since the launch, I have collaborated with chefs like Mei Lin and Nuit Regular, who offered their own dumpling recipes to participants.

I hope Dump the Hate can continue to be a beacon of light for minority communities or anyone who has felt "othered," particularly in the last couple of years. I want to give others a way to find solace by gathering with loved ones over something as simple as dumplings. I want people to feel empowered to speak up on issues that matter to them, and to recognize that anyone can make an impact.

For more information on how to participate, please visit mybfisgf.com/dumpthehate.