Despite keeping her mind off the dark subject matter, Turner doesn't think she's unscathed by the bloody drama 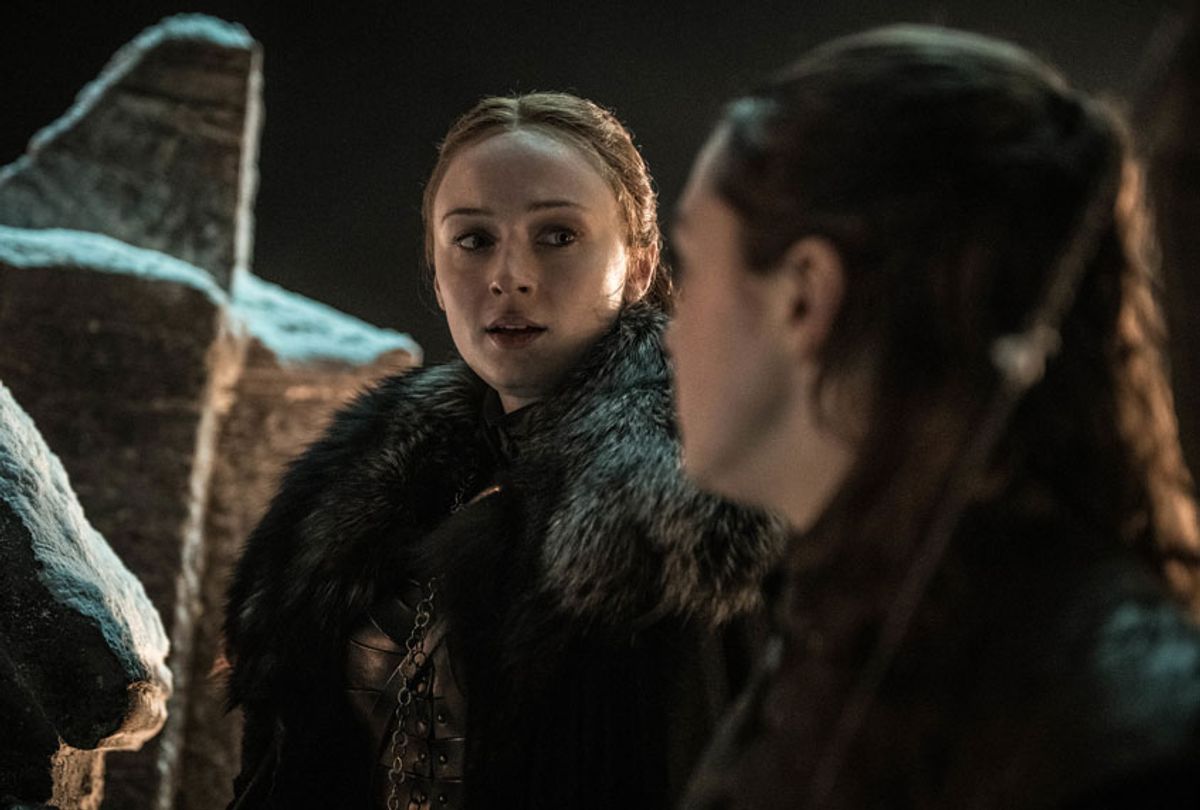 Sophie Turner was barely a teenager when she auditioned for the role of Sansa Stark on "Game of Thrones." She filmed the first season a year later, and by the time the first season premiered, she was 15.

Right out of the gate, "Game of Thrones" was known as a brutal series. In the final episode of Season 1, there's a scene where Joffrey Baratheon — the sadistic king who just had Sansa's father killed right in front of her — takes her up on the ramparts so she can look at her father's severed head on a pike; again, this is a 14-year-old actor playing this, and doing a fantastic job.

Things only got more brutal from there, with Sansa being beaten before the Iron Throne, raped by her new husband Ramsay Bolton, and feeding Ramsay to his own dogs a season later. How does a young actor cope with playing such intense scenes? Turner talked about it with her "X-Men: Dark Phoenix" costar Jessica Chastain in a new article from The Cut.

"I kind of find it quite easy to go in and out [of character]," Turner said. "You saw on 'X-Men,' in between takes, singing and dancing together. It does help having people around that are also willing to step out of it as well. And it's just something that growing up on a show like 'Game of Thrones,' the subject matter was so heavy that I just developed a coping mechanism of just having the most fun in between takes, so I wouldn't get traumatized.

I'm sure I'll exhibit some symptoms of trauma down the road. At that age, I don't think I could comprehend a lot of the scene matter. And the first few years, I had my mom with me because she was chaperoning me, so she would be very helpful and give me snacks. I don't know what it is, but I feel like a 10-year-old in a school play again when someone that I know comes and sees me on set. I feel so embarrassed.

Now 26 years old, Turner has done a lot of growing up; she's married to Joe Jonas and has a second child on the way. But in some ways, she still feels like she has a lot to learn about herself. "It's amazing because I think for 10 years, I felt like I needed to be the person that everyone else saw because I was growing up and I didn't know anything else," she said. "Other than the character that I was playing in 'Game of Thrones' and then other people's perceptions of me, I didn't have time to figure out who I was as a person. And so when 'Game of Thrones' ended, I started developing, like, a personal life and then finally a taste for what I actually wanted to do in my work and things like that. I feel like I'm only on the beginning of my journey of evolving into a person I probably should have evolved into about 10 years ago."

You can see Turner now on the HBO Max limited series "The Staircase," where she stars alongside the likes of Colin Firth and Toni Collette.