Bonnie Piesse on "Obi-Wan Kenobi" and her neurodivergent romcom 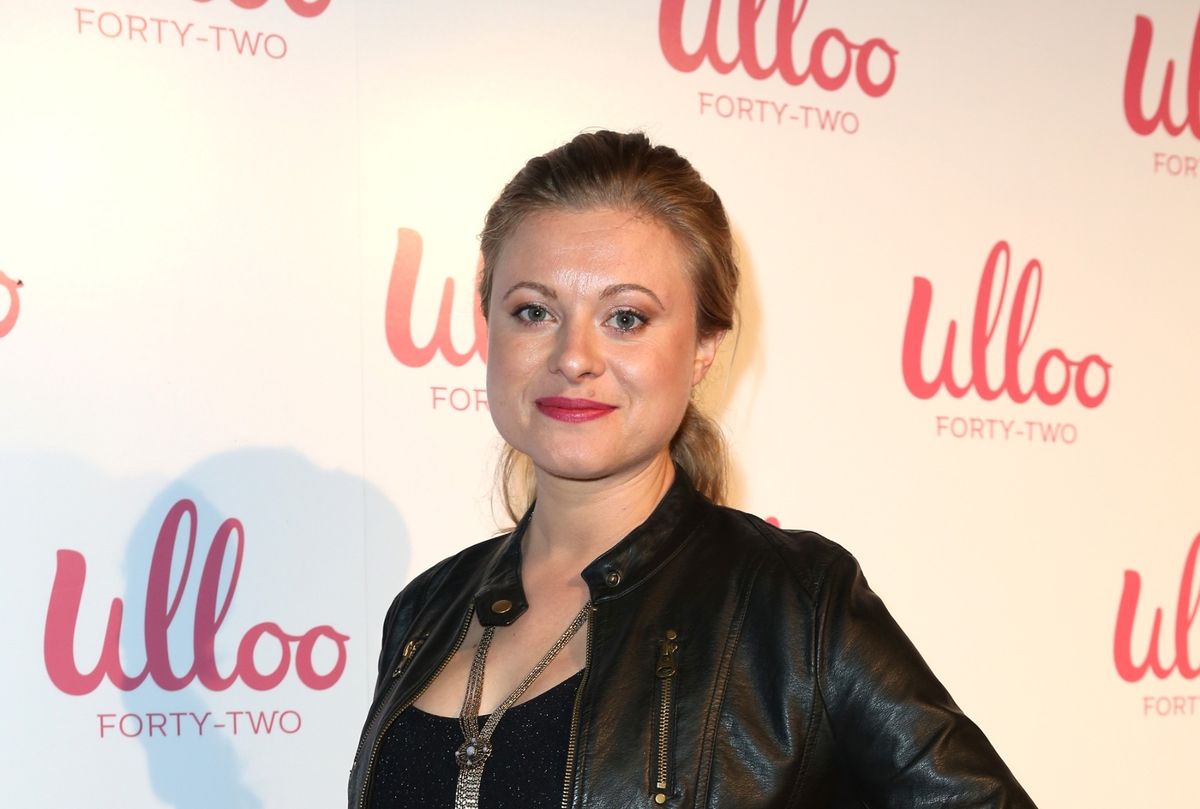 When Bonnie Piesse first stepped into the Star Wars universe, she was 16. The franchise was already decades old, and it had reached new heights with the beginning of the prequel trilogy that would tell Darth Vader's origin story. It was 2000, two years before the film that would change her life – "Star Wars Episode II: Attack of the Clones" – would premiere, and Piesse was just at the start of her career.

Fast-forward 22 years later and the actress/songwriter is set to reprise the role of Beru Whitesun Lars in the Disney+ original series, "Obi-Wan Kenobi." Much has changed in Piesse's life, but one thing remains the same: her love for the franchise that jump-started her career and opened doors to new opportunities and experiences.

Piesse has lent her voice and music to both television and film in the likes of The CW's "Life Unexpected" and the HBO docuseries, "The Vow," to name a few. She's a multi-talented creative with an eye toward roles that expand the conversation on topics that include neurodivergence in romance as can be seen in her upcoming film, "My Favorite Girlfriend."

Hidden Remote had the opportunity to speak with Piesse ahead of "Obi-Wan Kenobi's" premiere to discuss the two decades between the introduction of a young Beru into the Star Wars live-action franchise and what it means to be playing her now as a woman and a mother.

When you joined the Star Wars universe, was "Attack of the Clones" your first introduction to the galaxy far, far away or were you already a fan when you became Beru Whitesun Lars?

I had seen "Episode I: The Phantom Menace," and I liked it. But, that's about all I knew about the Star Wars world. I did know that it was a huge thing, that people love Star Wars. So, I was aware of all that, but I had to pretty much catch up on watching the old movies before filming "Episode II."

So it was a brand new world for you. Considering it was brand new, what was it like filming "Attack of the Clones" and "Revenge of the Sith"?

Filming "Attack of the Clones," I was 16 when I got the role, so I was still in school. It was beyond exciting. There weren't very many Hollywood movies shooting in Australia at the time, so the fact that I got to be a part of that was just so exciting. Everyone in my school was jumping around. Then, the actual filming, I did one day in Sydney, Australia at Fox Studios and the rest was in Tunisia in northern Africa.

The Tunisia part was a total adventure. We were kind of all traveling through the desert together and having dinner with George Lucas. We even went into an oasis on a day off and there were lots of camels. It was pretty amazing and just so exciting to look around at the sets and feel like, "Wow, we're actually in Tatooine."

I didn't realize you were so young [when filming]. Would you say it shaped your perspective on Hollywood or at least your introduction into Hollywood?

Yeah, I guess it was kind of a big bang entry into Hollywood to just jump right into a set that size. It was obviously way bigger than any sets I'd be on in Australia. They were just little TV shows. It felt like a pretty huge entrance. Then I went to the premiere in Hollywood where I suddenly found myself on the red carpet. One day, I actually started pursuing music in Hollywood. ["Attack of the Clones"] was definitely my entrance.

Legacy castings have such an impact on fans when they're reunited with actors for the continuation of a story. What was it like for you stepping back into Beru's shoes?

The first time round, as I said, it was really exciting. This time, there was so much more of a depth to it since I've obviously lived a lot since then. I've also met a lot of the fans. I've been to conventions and have been able to see how much it means to people. People are so moved by it; it's so meaningful to them. So, this time I was able to really appreciate it in a whole new way. It was really emotional trying on the costumes and stuff. I was looking in the mirror going, "Wow! It's just so crazy to be back."

How has Beru changed since the last time we saw her?

When we last saw [Beru], she was welcoming baby Luke onto the Lars homestead, and she was really just a girl. She was Owen's girlfriend. And, that was her introduction into motherhood. Suddenly, here's Luke Skywalker and you need to take care of him.

Now, she's really grown into motherhood. Her whole purpose has been taking care of Luke, protecting Luke and moving on the farm. She's a lot more mature. When we first saw [Beru] in "Episode II" she was kind of shy and now she's just really stepped into motherhood.

Yeah, there's some great moms in the Star Wars universe, so I'm really proud and happy that I get to be one.

Yeah, you're among their amazing ranks, and we get to see more of that in "Obi-Wan Kenobi." You said it was emotional to be back on set, what were some of your favorite moments?

Even stepping onto the set for the first time, it was really emotional to look around and see the sets again. And feel like, "Wow, this is actually Star Wars. This is actually happening." And also to see how excited the crew and the rest of the cast were. I think everyone was aware that we were a part of something important and historical. Everyone was really so happy and grateful to be there, and you can feel that on the set.

Do you have a favorite moment or scene with Beru? Or one in the series in general?

I definitely have a favorite moment, but I don't want to give it away for the fans. My favorite moment from the series, I just think in the beginning it's going to be really great to see Obi-Wan. So seeing Ewan step back into Obi-Wan was really special. And, obviously, the fans are going to be so excited about that because it's years later and Obi-Wan is such an iconic character. So, yeah, just seeing him embody that again.

I'd have to say "The Force Awakens" is one of my favorites. I just really love Daisy Ridley's character, Rey. I feel like that was a really important turning point for Star Wars. Princess Leia is an awesome female character and there are other great characters. But it was an important time in Hollywood where I feel like women's roles were just getting better and better. And, to see kind of a female warrior was awesome.

I fell in love with Daisy's character and there's something about "The Force Awakens" that really had all the essence of the old ones that people loved but was bringing it into a new world. I love J.J. Abrams, too, so that one definitely sticks with me. [Rey] was so young, too, but so strong. [Her] strength of character as well was really great.

Strength of character is a big part of the Star Wars franchise.

Totally. I remember that moment in "The Force Awakens" where they want to buy the droid off of Rey, and she's really thinking about it. And, it would mean a lot to have those resources. She's like nope not for sale, and I just love that.

As far as next projects for you, besides "Obi-Wan Kenobi," what are you excited about coming up?

I have a movie I just finished called "My Favorite Girlfriend" and that was a really, really challenging role. I play a character with DID, so dissociative identity disorder. And I actually played seven characters. I wasn't even sure I could do it, it was so challenging. But I jumped in and I'm really proud of it. I think that'll come out probably later in the summer.

With a character with DID, what type of research did you go into for the film?

I did a lot Googling and there are amazing YouTube channels by people who have DID. You can watch them even transition between [alters] for real. So, I did a lot of research that way. Then I spoke to someone who suffers with DID, so that was amazing. I got to really understand what that's like, what it's like for the people in their lives. And also the trauma behind it. That was really important for me to understand how that happens. That it's something really difficult until they come to terms with it and learn how to really live with that in their lives.

We've seen DID in "Moon Knight" but that's a Marvel project and superhero way of telling that story. With your movie it'll be a romcom and more contemporary.

Yeah, and it's a really romantic comedy and a love story. And it's kind of got a heart of gold. It's really a beautiful story.

Exactly. Hopefully it'll change the discussion about it and get people to understand more what it's really like.

This interview has been edited for time and clarity.