“I’m mad at him”: Herschel Walker accuses Trump of lying by “taking credit” for his election win

"I'm mad at him because he never asked but he's taking credit that he asked" me to run for Senate, Walker said 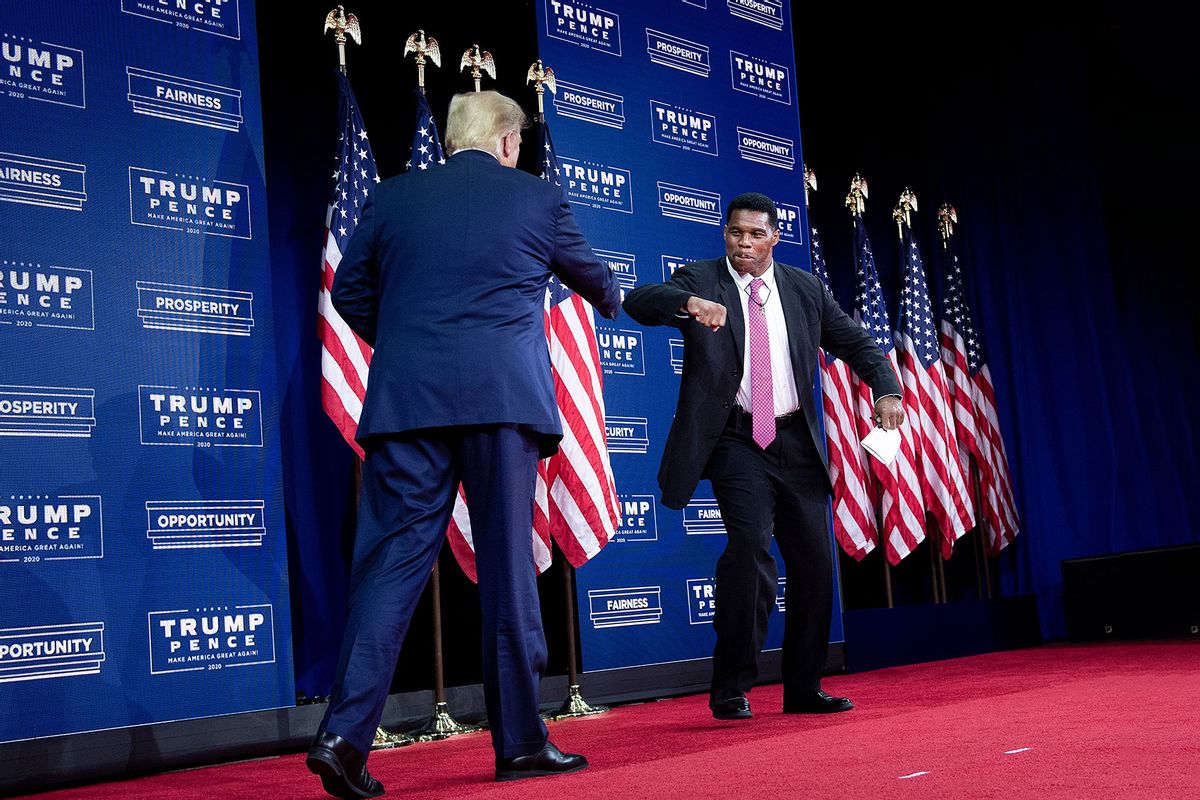 US President Donald Trump is greeted by NFL hall of fame member Herschel Walker during an event for black supporters at the Cobb Galleria Centre September 25, 2020, in Atlanta, Georgia. (BRENDAN SMIALOWSKI/AFP via Getty Images)
--

Georgia Republican nominee for U.S. Senate Hershel Walker said this week that he is "mad" because former President Donald Trump has allegedly lied about asking him to run for office.

In an interview with Revolt TV host Michael Santiago Render, better known as Killer Mike, Walker revealed that it was God, not Trump, who inspired him to run for U.S. Senate.

"One thing that people don't know is is President Trump never asked me," Walker said. "I need to tell him that he never asked. I heard it all on television that he's going to ask Herschel, saying Herschel is going to run."

"President Trump never came out and [said], 'Herschel, will you run for that Senate seat?'" he continued. "So, I'm mad at him because he never asked but he's taking credit that he asked."

Walker suggested that his decision to run was inspired by God.

"I prayed about it," he explained. "And to be honest with you, I was praying that God would bring somebody else because I'm happy. My life is doing well."

"But I love the Lord Jesus," Walker added.

Watch the video below from Revolt TV.