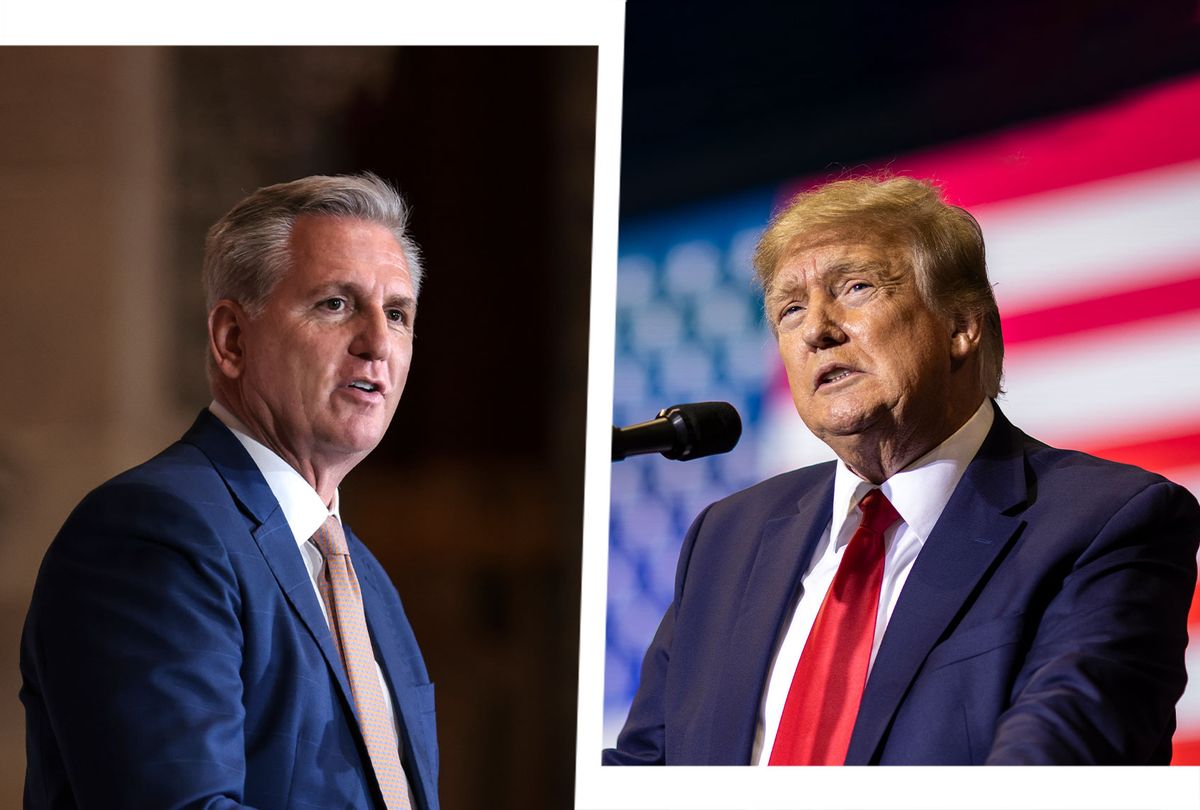 Trump's endorsement came in a social media post over Truth Social, in which the former president said that McCarthy is an "outstanding representative for the people of California."

"In Congress, Kevin is a tireless advocate for the people of Bakersfield and the Central Valley. He is working incredibly hard to Stop Inflation, Deliver Water Solutions, and Hold Joe Biden and Nancy Pelosi Accountable for their catastrophic failures and dereliction of duty," Trump wrote. "Kevin McCarthy has my Complete and Total Endorsement."

Trump's imprimatur reportedly sparked ire from much of his base, in large part because McCarthy has not expressed total devotion to the former president in the past.

"Trump endorsing Frank Luntz bunk buddy Kevin McCarthy, instead of using his political capital to undermine bad GOP leadership, is a sign that Trump has not learned much after all this time about who is and is not America First," tweeted right-wing writer Pedro L. Gonzalez.

RELATED: Trump's puppets: McConnell and McCarthy have lost all control

Back in January 2021, just after the Capitol riot, the House Republican was reportedly considering asking Trump to resign, according to The New York Times.

"The only discussion I would have with him is that I think this will pass, and it would be my recommendation you should resign," he told a group of GOP lawmakers over the phone. "What he did is unacceptable. Nobody can defend that and nobody should defend it."

Shortly after a recording of that call was leaked, the former president expressed that he "didn't like the call" but ultimately dismissed it because McCarthy had apparently been loyal enough. "I think it's all a big compliment, frankly," Trump told The Wall Street Journal. "They realized they were wrong and supported me."

It isn't the first time that one of Trump's endorsements has been castigated by his own base, as Newsweek noted. Back in April, Trump ignited a fury in the MAGA-verse after backing celebrity doctor Mehmet Oz in the U.S. Senate race in Pennsylvania. The former president also struck a nerve for endorsing J.D. Vance, the conservative author and venture capitalist, for the U.S. Senate in Ohio.