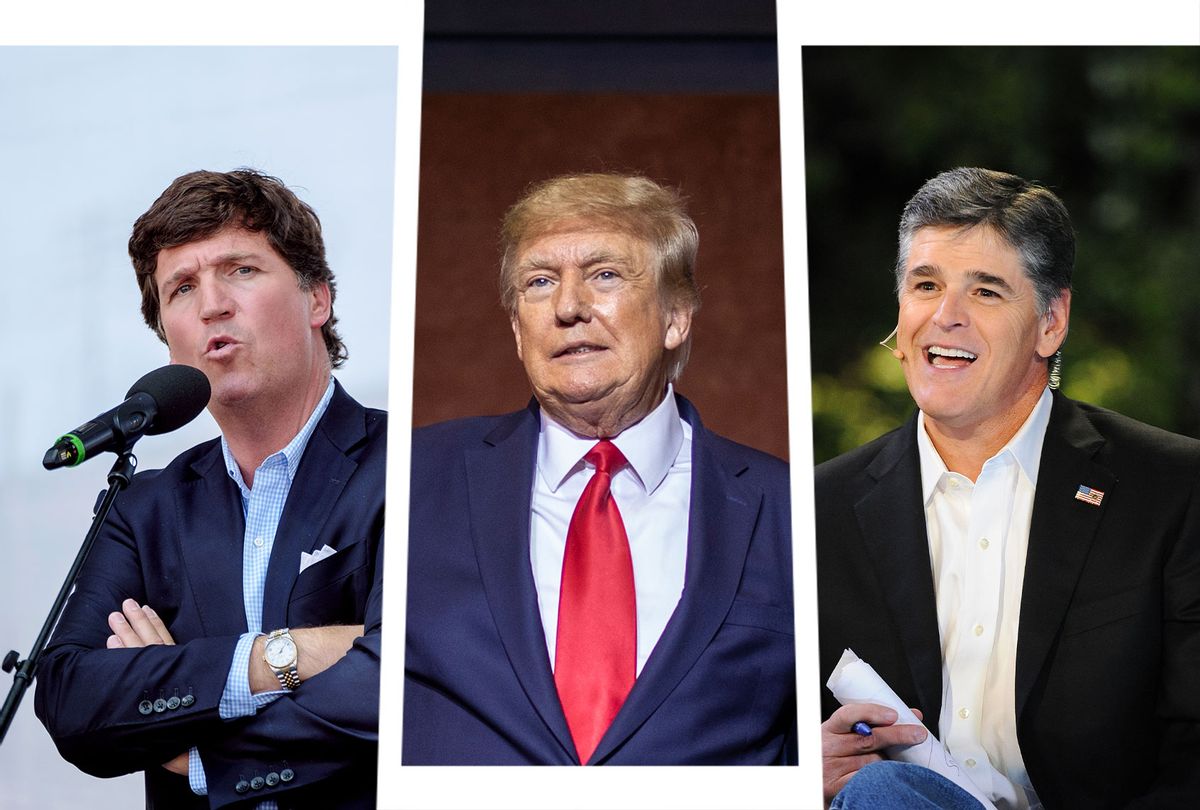 Fox News Channel has decided not to air live coverage of the upcoming hearings around January 6, saying that it will "cover the hearings as news warrants."

The right-work network has instead said that live coverage will be carried on Fox Business Network, with hosts Bret Baier and Martha MacCallum.

According to Fox News Media, their flagship channel will air Tucker Carlson Tonight and Hannity on Thursday, when the first hearing is set to take place. Fox News will likely be the only major American news network to not provide continuous coverage of the hearings.

The news comes amid a CNN report that Trump is asking his allies in Congress to vigorously defend him in the proceedings. The outlet cited a "broad range" of plans to protect the former president's public image, even while most Republicans have sought to avoid talking about the insurrection.

Key in the president's defense will be Rep. Elise Stefanik, R-N.Y., who will be "tasked with coordinating the party's messaging response and ensuring key allies and surrogates have talking points," according to CNN.

Among those slated to join her are Reps. Jim Banks, R-Ind., and Jim Jordan, R-Ohio.

"We're going to push back," Banks told CNN. "There were serious failures that occurred on January 6 that have got to be fixed. This sham committee hasn't done anything to address them."

Matt Schlapp, former Trump White House political director and chairman of the Conservative Political Action Conference (CPAC), is also expected to play a significant role in the messaging blitz, according to Axios.

Republicans will no doubt face an uphill battle in the proceedings, largely because they haven't been privy to the evidence that the Democratic-led panel has uncovered.

One House leadership aide told the outlet that Republicans are betting on voters to have insurrection "fatigue."

"We've got to be rigid and responsible, but a lot of Republicans think if Dems want to just talk about Jan. 6 between now and the midterm election – good luck," the aide explained.

Republicans are also reportedly angling to brand the hearings as "rigged."

"Define Democrats being the real election deniers," reads one Republican National Committee talking point, according to Vox. "Attack Nancy Pelosi's committee and its members, portraying them as partisan, illegitimate, and a distraction for real issues," state another.

"We're ready for any machination of this process, and are prepared to provide facts in real time and push back in real time, through a coordinated and in sync effort," the GOP aide said.

So far, it appears as though the GOP strategy to downplay Trump's coup is working. According to an NBC News poll released this week, fewer Americans now blame Trump for the Capitol riot than did in January of 2021.

The first hearing is set to be conducted on June 8 at 8:00pm ET.