"They need to pass it today," the GOP leader said on the same day a 10-year-old Ulvade survivor testified in House 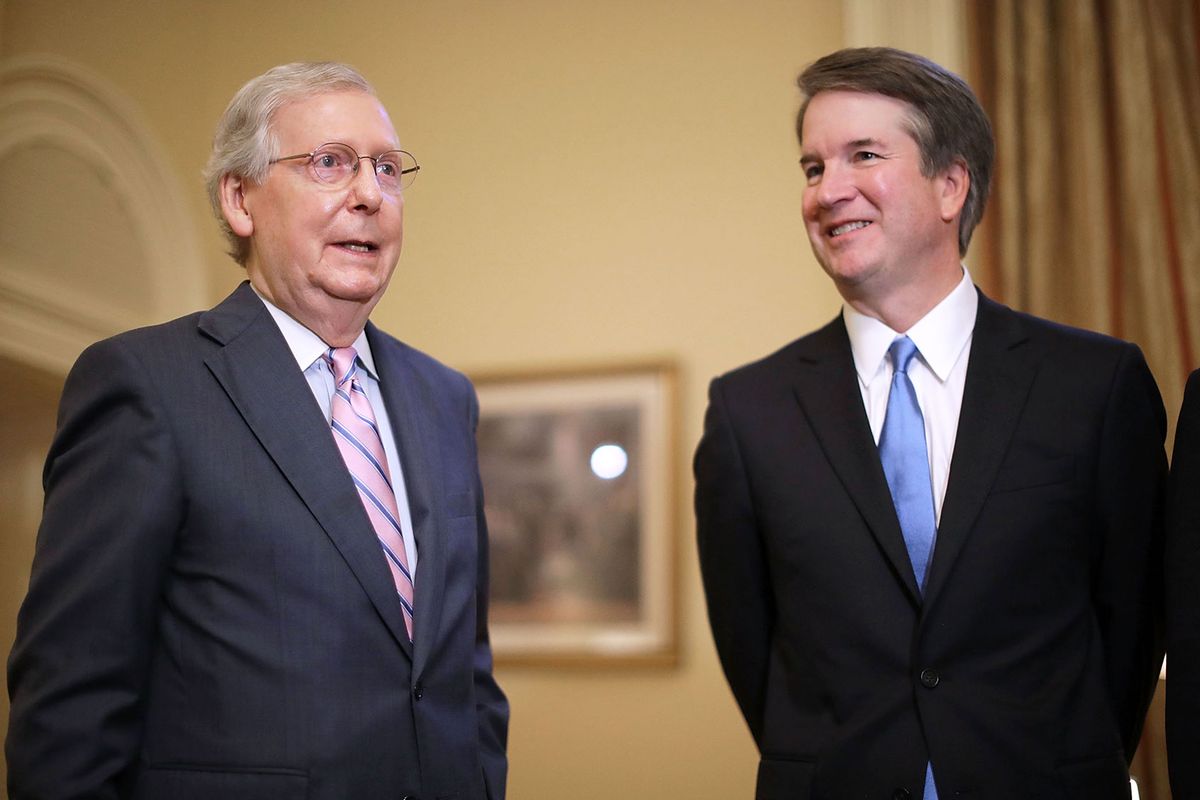 On Wednesday, The Washington Post reported that a California man with a gun and a knife was arrested outside of Kavanaugh's home in Maryland. ​​Nicholas John Roske was later charged with charged with the attempted murder of a federal judge. Roske was reportedly outraged over recent mass shootings and as well as the recently leaked draft majority opinion revealing that the court had already voted to overturn Roe v. Wade, the 1973 landmark ruling establishing America's constitutional right to abortion.

Amid the series of protests following that leak, the Senate passed a law last month that would provide a round-the-clock security detail for every justice's family. However, the bill has not yet been passed by the Democratic-backed House, in part because Democrats have argued that the provision should extend to other staffers in the Supreme Court.

This week, McConnell blasted the Democratic caucus over the bill's progress, saying that "House Democrats need to pass this bill and they need to do it today."

"No more fiddling around with this. They need to pass it today," he said, according to Politico. "They need to stop their multi-week blockade against this Supreme Court security bill and pass it before the sun sets today."

Sen. John Cornyn, R-Texas, who co-sponsored the security bill, has echoed McConnell's sentiment. "Speaker Pelosi must keep the House in session until they pass my bill," he told Politico. "Every day they don't the threat to the Justices grows, the potential for tragedy becomes more likely, and House Democrats achieve a new apex of political dysfunction."

While McConnell was demanding House Democrats move to protect Supreme Court justices, the majority in the lower chamber held a hearing on the school shooting in Uvalde, Texas which featured one of the student survivors.

"I don't want it to happen again," said 11-year-old Miah Cerillo said of the massacre in video testimony to Congress on Wednesday. The elementary school student recalled how she covered herself with a dead classmate's blood to avoid being shot and "just stayed quiet."

"And then he shot some of my classmates."

Republicans, for their part, have stalled efforts to pass national gun regulations.