"If that were the case," said Stephanie Grisham, Ivanka should have "spoken up more" 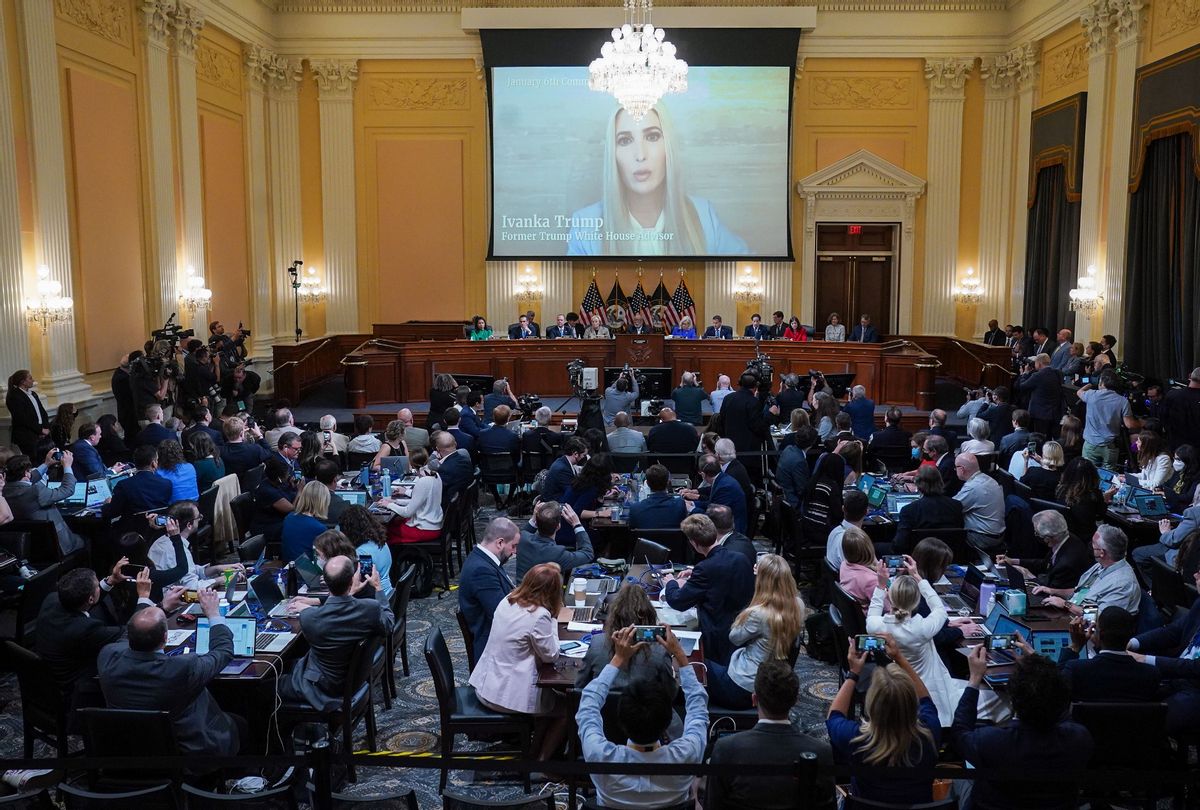 Video of Ivanka Trump speaking with committee members is shown at a hearing held by the Select Committee to Investigate the January 6th Attack on the U.S. Capitol on June 09, 2022 on Capitol Hill in Washington, DC. (Photo by Jabin Botsford-Pool/Getty Images)
--

Appearing on CNN's "New Day" the morning after the House Select Committee investigating the Jan 6th Capitol insurrection held its first televised hearing, former White House Press Secretary Stephanie Grisham was less than impressed by a clip of Ivanka Trump claiming she knew her father Donald Trump's claim the 2020 presidential election was stolen was a lie.

The clip, shown early in the televised hearing, showed the first daughter telling investigators that after former Attorney General Bill Barr called accusations of voter fraud "bullshit," she acquiesced and said, "It affected my perspective. I respect Attorney General Barr so I accepted what he said."

According to Grisham, Ivanka's comment was important, but her actions after Jan. 6th tell another story.

"Well, yes," she replied. "It reminded me of two things I want to say, number one with regard to Ivanka: I think that that's all well and good that she said that she believed Bill Barr, but if I remember correctly she was still traveling with her father while he pushed this big lie."

"If she was truly that impacted by Bill Barr which she should have been -- and I don't know what kind of conversations she was having privately with her father -- but perhaps she could have done a little bit more and not stood by his side while he publicly pushed the big lie," she continued. "It also reminded me very much of our White House and how everybody -- it was a workaround -- everybody knew, you know, that he was, one thing he was saying wasn't true and so we all just tried to work around him to get the best outcome we could for the country, all the while trying to keep this weird secret from this man."

"It was just an interesting thing to see and I wish she would have. If that were the case, she would have spoken up more," she added after turning back to Ivanka.