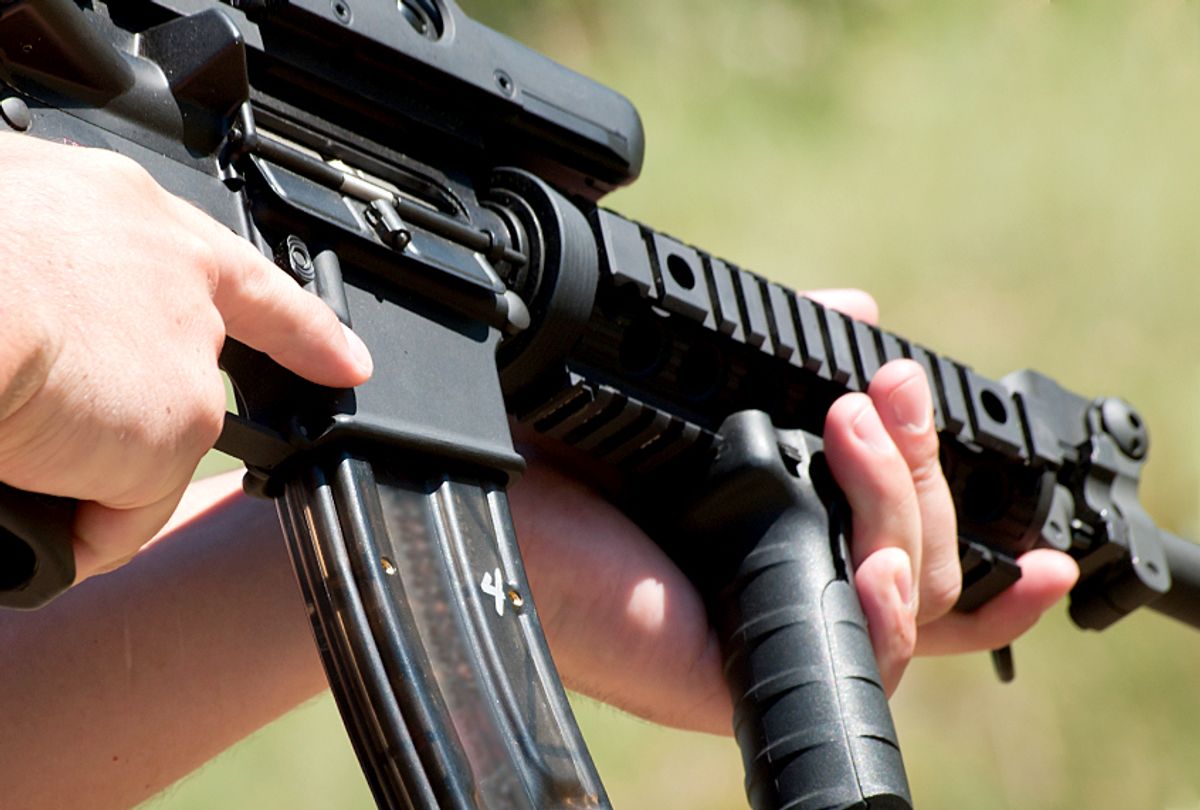 A segment on CNN this Thursday featured experts demonstrating the power of semi-automatic weapons, specifically focusing on the AR-15, which has been the weapon of choice for many mass shooters in the United States over the past several years.

The Los Angeles Police Police Department pointed out to CNN that bullets fired from an AR-15 are powerful enough to pierce soft body armor.

Then, footage was shown from a ballistic lab where bullets were fired into a gelatin substance meant to mimic human flesh. When a handgun was fired at the substance, it created a single cavity through the substance and the bullet exited from the other side. A bullet fired from an assault rifle broke apart inside the substance and the damage was much more explosive.