Most people support abortion staying legal, but that may not matter in making law

While 61% of Americans support access to abortion, that will likely not matter when it comes to the Supreme Court 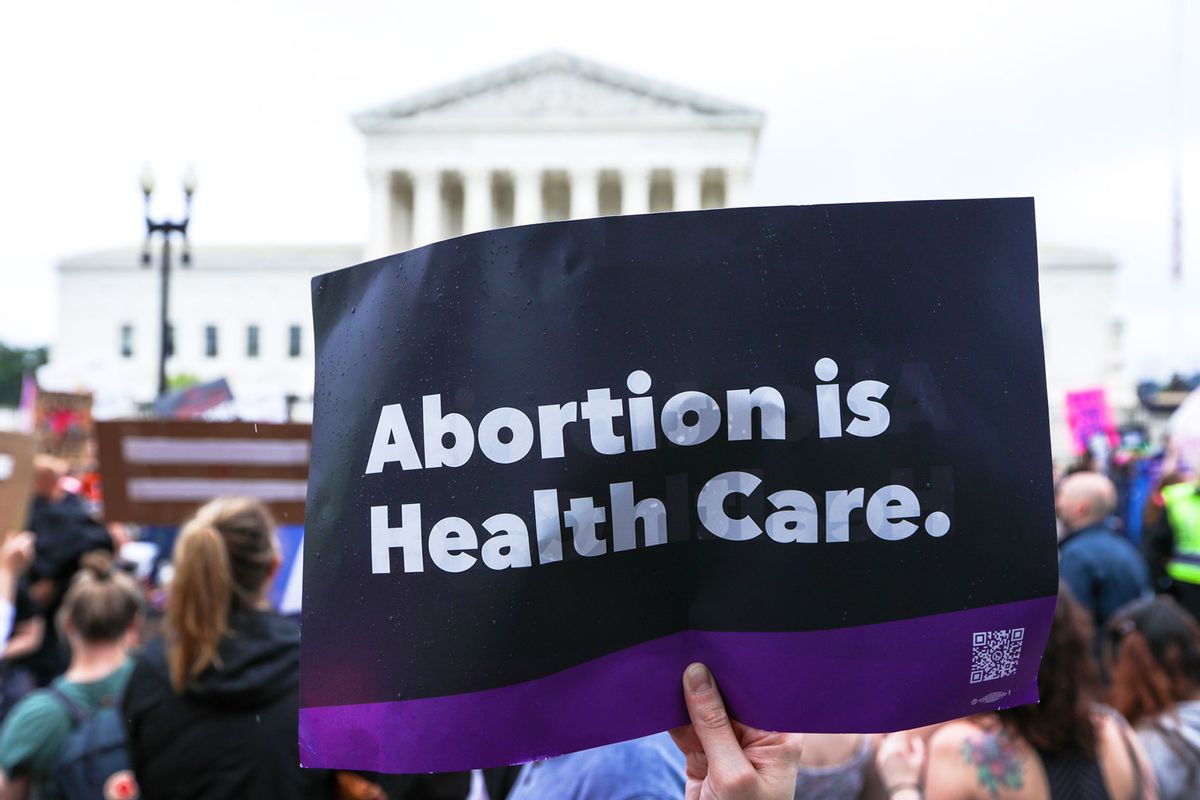 Abortion rights demonstrators gather near the Washington Monument during a nationwide rally in support of abortion rights in Washington, D.C., US, on May 14, 2022. (Yasin Ozturk/Anadolu Agency via Getty Images)
--

The Supreme Court is set to soon rule on the Dobbs v. Jackson Women's Health case, nearly one month after a leaked draft majority opinion showed the court might uphold a Mississippi law that bans abortion after 15 weeks of pregnancy.

Ruling to uphold this ban could undo women's constitutional right to abortion, guaranteed by Roe v. Wade in 1973, and throw the decision back to states.

Most Americans do not support overturning Roe v. Wade, and have held this opinion for some time.

But national public opinion does not often influence the Supreme Court's decisions.

As a professor of political science who studies gender and public opinion, I believe that while general national opinion polling on abortion is important, too much emphasis on it can be misleading. When it comes to how public opinion may shape the debate, it's essential to pay attention to opinions in the various states, and among particular interest groups.

Polling since 1995 has consistently shown that most Americans think abortion should be legal in all or most cases.

But beyond these general trends, people's specific backgrounds and characteristics tend to guide their opinions on this controversial topic.

It may surprise some to know that research consistently shows that gender does not broadly influence people's opinions on abortion. Women are shown to be slightly more supportive of keeping abortion legal, but the gap between how women and men feel about this is small.

But other characteristics matter a lot. Currently, the biggest dividing line on abortion beliefs is partisanship.

An overwhelming 80% of Democrats support legal abortion in all or most cases, while only 38% of Republicans do, according to a 2022 Pew Research poll. The opinion gap between Democrats and Republicans on this issue has widened over the past few decades.

Religion also continues to play an important role in abortion support. White evangelical Christians are particularly in favor of overturning Roe v. Wade, but most other people who identify as religious are ambivalent, or remain supportive of the precedent.

Most consequentially, abortion support varies dramatically across states, ranging from 34% in Louisiana to 72% in Vermont, according to the Public Religion Research Institute's 2018 survey of the 50 states.

So, when West Virginia Senator Joe Manchin, a Democrat, blocked a bill in February 2022 that would have protected the federal right to abortion, he was consistent with his constituents' opinions. In West Virginia, only 40% support legal abortion in all or most cases.

The history of abortion attitudes

Even after the Supreme Court ruled on Roe v. Wade in 1973, abortion was not as partisan of an issue as it is today. It was not until the late 1970s and early 1980s that politicians tried to use abortion views as a way to gain votes.

But as religious conservative political movements grew in the U.S., abortion became more politicized over the next few decades.

In the 1970s, both Democrats and Republicans in Congress were internally divided on abortion. The Republican National Committee, for example, was co-chaired by Mary Dent Crisp, who supported abortion rights. By the 1980s, conservative activists pushed Crisp out of her position.

George H.W. Bush also ran as a moderate on abortion in the 1980 Republican presidential primary. But when Bush lost the primary bid and became Ronald Reagan's running mate that year, his position shifted. Bush opposed abortion by the time he ran for president in 1988.

This shift speaks to the rising importance of the Christian right in Republican electoral politics around this time.

President Joe Biden made a similar change in his support for abortion over time. Biden opposed using federal funds for abortion early in his congressional career, but has taken a more liberal position in recent years and now sees abortion as an essential element of health care.

Even though the overall nationwide public support for abortion has remained relatively high since the 1990s, this masks how subsets of people, like those on the Christian right who feel strongly about abortion, can reshape politics.

This matters because states have an outsize influence in abortion politics. Because so much of the federal debate revolves around Roe, the Senate has been an important gatekeeper for Supreme Court justices, who will determine whether they should overturn Roe.

This difference poses a fundamental challenge for people who want a single nationwide policy on abortion – whether they support the ability for someone to get an abortion in all or most cases, or do not.

Varied opinions on abortion also offer a reminder about what kind of public opinion matters most in democratic politics. It is not the version of public opinion that emerges from nationally representative surveys of the American people. Instead, the most influential kind of opinion is the organized political activity that can pressure government and shape electoral choices and legislative options.