Sotomayor: SCOTUS just “immunized” feds from liability “no matter how egregious the misconduct”

"This ruling leaves victims of police violence by CBP agents without an effective remedy," ACLU warns 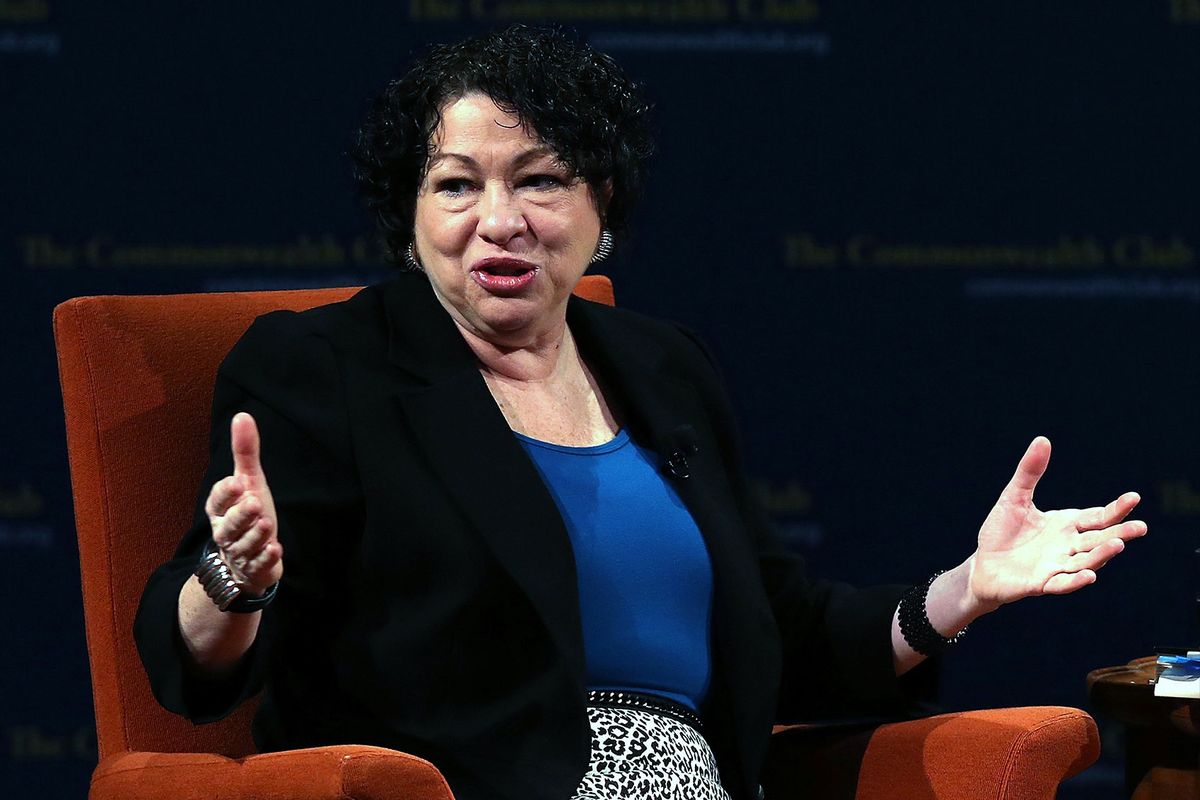 A ruling by the right-wing majority on the U.S. Supreme Court Wednesday "will have far-reaching consequences" for people who accuse federal agents of violating their constitutional rights, the ACLU warned after the court ruled against a man who wanted to sue a U.S. Border Patrol agent who entered his property without a warrant and used excessive force.

The court ruled 6-3 in Egbert v. Boule that Congress must decide whether the plaintiff can sue the government over the alleged violation of his rights—a decision which Justice Sonia Sotomayor wrote in her dissenting opinion threatens to block nearly all civil suits against federal agents.

"The court's decision today ignores our repeated recognition of the importance of Bivens actions, particularly in the Fourth Amendment search-and-seizure context, and closes the door to Bivens suits by many who will suffer serious constitutional violations at the hands of federal agents," Sotomayor wrote, referring to Bivens v. Six Unknown Named Agents of Federal Bureau of Narcotics, the 1971 ruling in which the court found federal agents can be sued in some cases even if Congress has not explicitly authorized the challenge.

In 2014, Egbert entered Boule's property without a warrant to investigate a guest from Turkey. Boule accused the agent of pushing him to the ground and later retaliating when Boule reported the incident to Egbert's supervisors.

Journalist Mark Joseph Stern of Slate said the court's conservative majority knows legislation that would allow an individual to sue federal agents for constitutional rights violations is unlikely and is thus effectively "slamming the door on accountability for federal law enforcement."

The court did not overrule Bivens, but further restricted people's ability to seek redress when they accuse federal agents of violating their rights. In 2020, the court ruled that the family of a Mexican teenager fatally shot by the Border Patrol agent could not sue over their child's killing, and in 2017 it ruled that government officials are not liable for the alleged mistreatment of noncitizens who are detained by the United States.

Justice Neil Gorsuch suggested in his opinion that while Bivens has not been overruled, future claims against federal agents may not be viable.

Thousands of Border Patrol agents have now been "absolutely immunized from liability," said Sotomayor, "no matter how egregious the misconduct or resultant injury."

Lawyers for Egbert had argued that allowing Boule's claim to proceed would undermine the ability of Border Patrol agents to conduct searches as part of immigration enforcement, while Sotomayor noted that the case "does not remotely implicate national security."

The ACLU warned that the ruling will leave the country's largest federal agency—U.S. Customs and Border Protection—even less accountable to the public.

"This precedent endangers us all," the group said.