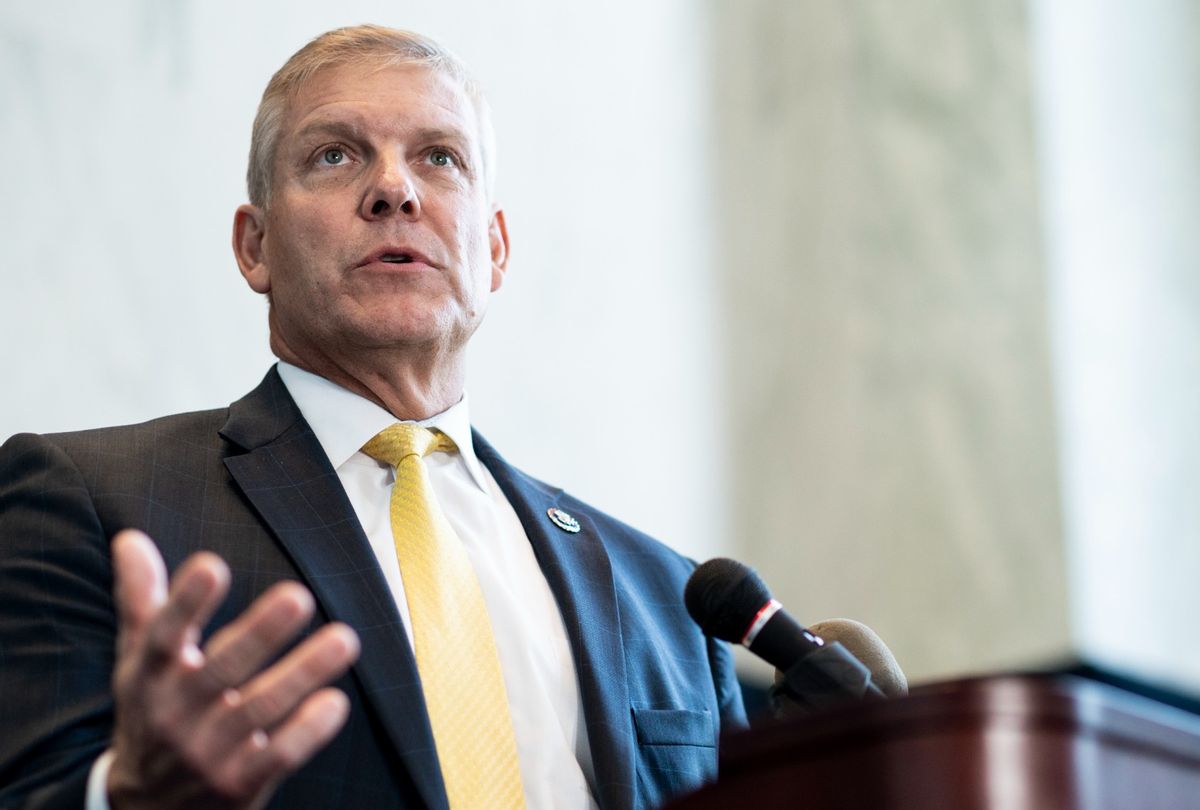 On Wednesday, the House Select Committee investigating the January 6 attack sent a letter to Rep. Barry Loudermilk, R-Ga., flagging the suspicious behavior of people he gave a tour of the Capitol one day before the insurrection.

The letter from Committee Chair Bennie Thompson, D-Miss., highlighted, complete with photographs, that the people on this tour appeared to be doing reconnaissance of the Capitol.

"Individuals on the tour photographed and recorded areas of the complex not typically of interest to tourists, including hallways, staircases, and security checkpoints," the letter noted.

Although the letter does not specify that the people on the tour actually invaded the Capitol, they were present at Trump's rally on the National Mall immediately preceding it — and one man in the tour was filmed holding a flagpole with a "sharpened end," saying, "It's for a certain person" and warning "There's no escape Pelosi, Schumer, Nadler. We're coming for you ... We're coming to take you out and pull you by the hairs."

"We again ask you to meet with the Select Committee at your earliest convenience," concluded the letter.

Loudermilk initially tried to deny that members of Congress had even given tours of the Capitol on the day before the attack, but walked back his denials weeks ago.