Jan. 6 bombshell: Author of plot to have Mike Pence overturn the election sought pardon from Trump

Trump lawyer who pressured Pence to reject electors asked for pardon after Jan. 6 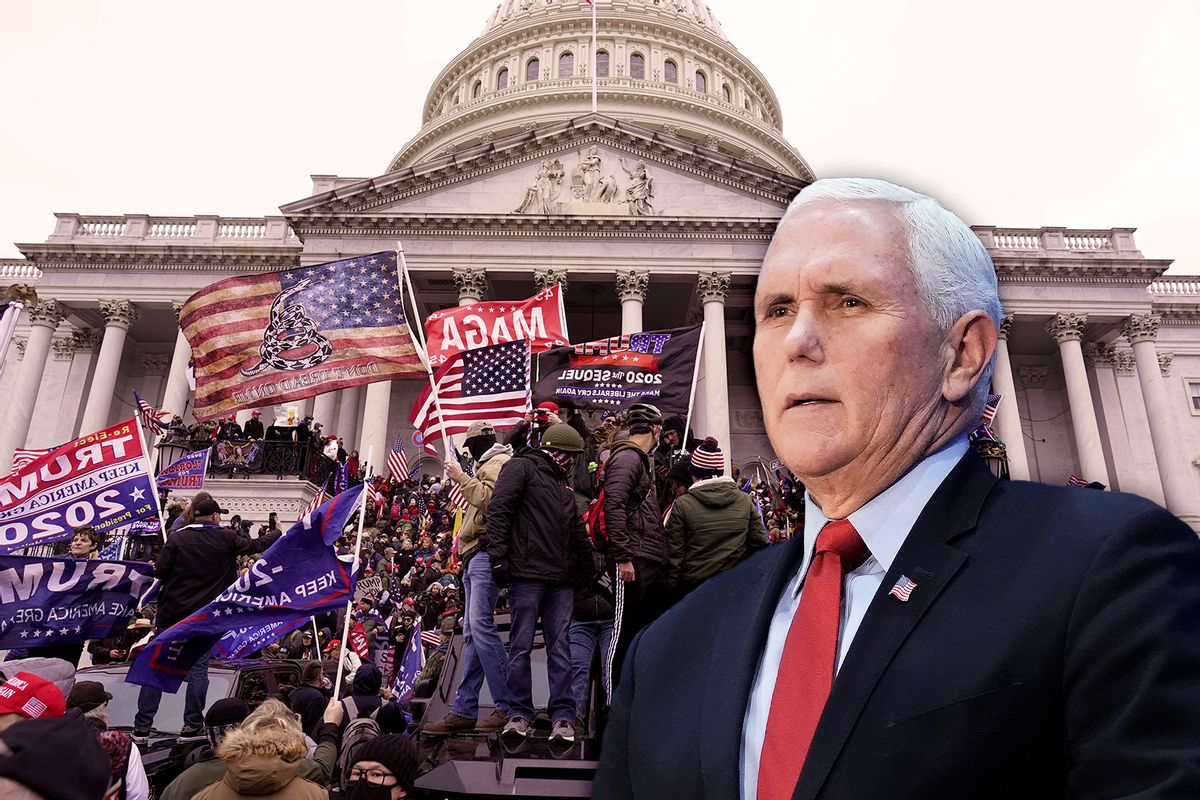 Mike Pence | Protesters gather on the second day of pro-Trump events fueled by President Donald Trump's continued claims of election fraud in an to overturn the results before Congress finalizes them in a joint session of the 117th Congress on Wednesday, Jan. 6, 2021 in Washington, DC. (Photo illustration by Salon/Getty Images)
--

on Wednesday, the House select committee investigating the January 6 Capitol riot presented pre-produced video evidence of former President Donald Trump calling for former Vice President Mike Pence to "come through" and "stand up" for the country on Jan. 6 and berating Pence as a "wimp" and "pussy." They also showed video of rioters echoing similar sentiments and calling for violence against Pence if he didn't refuse to certify the 2020 presidential election. But perhaps the most powerful revelation from the third hearing was that a former federal appellate and Supreme Court clerk sought a pardon after pushing a plot to overturn the election.

Numerous Democrats have cited Pence as being vital to ensuring that the election was not overthrown by Trump. During the electoral vote-count ceremony on January 6, the vice president did not go along with a legally dubious scheme – now known as the "Eastman memo" – laid out by ex-Trump attorney John Eastman, a former law school dean, who sought to have the former vice president reject certified electors in various swing states that Trump had lost.

White House lawyer Eric Herschman later advised Eastman to "get a great f— criminal defense lawyer" because "you're going to need it." So Eastman appealed to the president for a pardon.  "I've decided that I should be on the pardon list, if that is still in the works," read an email presented by the committee on Thursday.

"Mike Pence did his job," House Democratic Caucus Vice Chairman Pete Aguilar, D-Calif., told The Los Angeles Times. "He did his job throughout. He didn't waver in his reading of the Constitution. Even after all of that, the president of the United States still used every method to call him names, to call him out, and to summon a mob to get him."

According to ABC News, Pence and his family were forced to go into hiding on the day of the Capitol riot over fears that he might be harmed for refusing to do Trump's bidding. Photos obtained by the outlet show Pence and his family squirreled away in the vice president's ceremonial office, near the Senate floor. The pictures were reportedly taken just after the Capitol complex was breached by rioters, some of whom were chanting slogans like "Hang Mike Pence."

Many lawmakers have argued that Pence was put in grave danger by the remarks made on January 6 by Trump, who that day tweeted in real-time that the former vice president refused to overturn the election. According to NBC News, Trump made the announcement even when he knew that the Capitol had already been stormed.

"[Trump] knew that there was violence and he still tweeted the vice president didn't have the courage to do what was necessary," Aguilar told the outlet. The lawmaker noted that Trump's tweet pinning the blame on Pence was especially important "because that's the point at which the president pointed, you know, to the mob and said it's the vice president's fault."

Luttig, a retired judge, was called upon for advice by Pence's lawyer, Richard Cullen, just a day before the Capitol riot. According to CNN, Luttig reportedly advised Cullen that Pence had no constitutional power to unilaterally reject the certified electors on January 6, despite the plan hatched by Eastman, Luttig's former clerk.

"I instantly understood the significance of the moment," Luttig said of the call in a February interview with CNN. "I understood that this was a signal moment in history. And that I was to play some role, if for no other reason than by virtue of the fact that my former law clerk was advising the President and vice president that we do not have to accept the Electoral College vote."

Shortly after the call, Cullen arranged to have Luttig tweet that "the only responsibility and power of the Vice President under the Constitution is to faithfully count the electoral college votes as they have been cast."

Pence later adduced Luttig's tweet as part of his reasoning for not attempting to reject the results of the 2020 election.