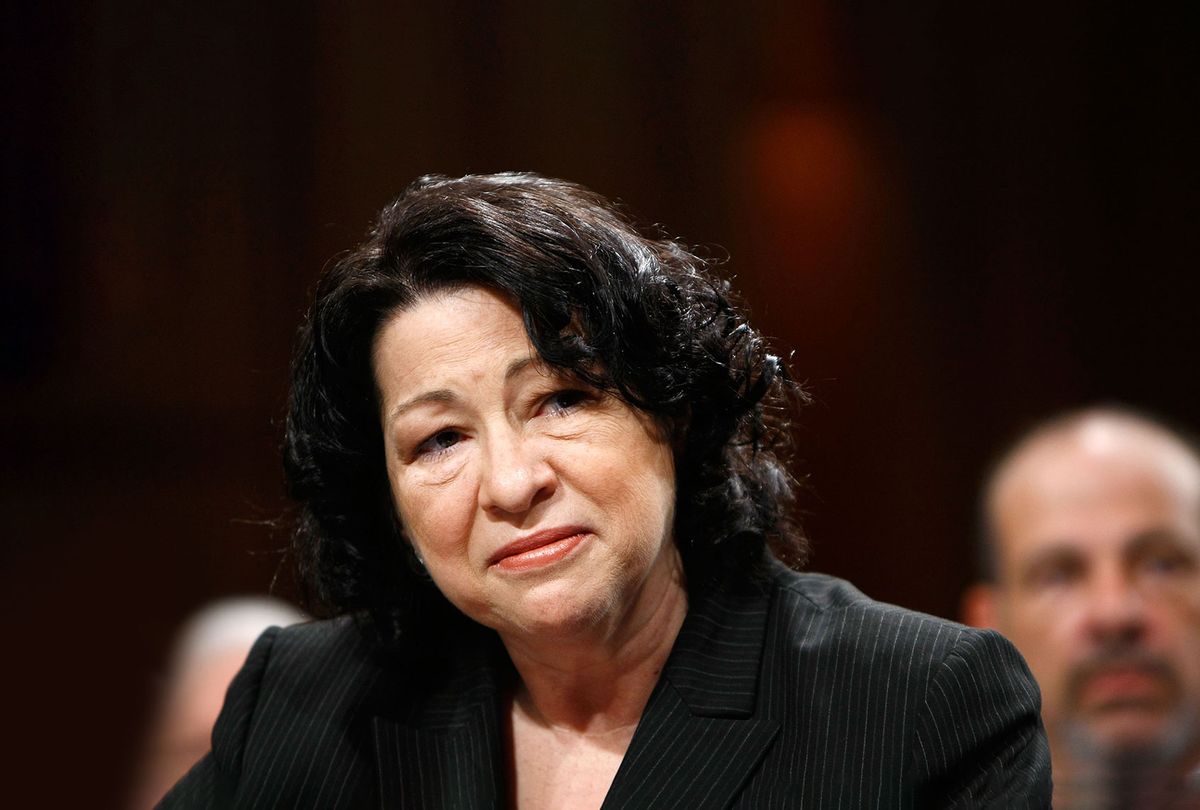 U.S. Supreme Court Justice Sonia Sotomayor on Tuesday warned that the court's right-wing majority had further eroded the nation's bedrock laws separating church and government when it ruled that Maine must include religious schools in a state-run tuition program.

"Today, the court leads us to a place where separation of church and state becomes a constitutional violation," wrote Sotomayor in the minority's dissent of the 6-3 decision.

Sotomayor was joined by fellow liberal Justices Elena Kagan and Stephen Breyer to oppose the majority opinion in  Carson v. Makin, which centered on two families in Maine who wanted state taxpayers to pay for to send their children to attend private religious schools.

In Maine, where many rural communities do not have public high schools, towns must either contract with nearby public school districts so children can receive education there or pay tuition at a private "nonsectarian school in accordance with the First Amendment of the United States Constitution."

The schools named in the case aim to instill "a Christian worldview" in its students and are openly discriminatory against "homosexuals, individuals who are transgender, and non-Christians," according to a legal filing.

Under Tuesday's Supreme Court ruling, said one legal expert, those institutions and others like them now have "a right to taxpayer funding."

"Education is an opportunity for students to learn about themselves and others, which is why all students deserve to see themselves reflected in curricula and engage in learning that exposes them to new points of view," said Jesse O'Connell, senior vice president for education at the Center for American Progress. "By diverting tax dollars away from public schools and to schools that can openly discriminate, this ruling puts these core tenets in jeopardy."

In her dissent, Sotomayor wrote that the court's right-wing majority "continues to dismantle the wall of separation between church and state that the Framers fought to build."

"In just a few years, the Court has upended constitutional doctrine," the justice wrote, "shifting from a rule that permits States to decline to fund religious organizations to one that requires States in many circumstances to subsidize religious indoctrination with taxpayer dollars."

The ruling follows a number of decisions by the court favoring the religious right in recent years, including one allowing religious exemptions for employers that don't want to include contraception in healthcare coverage and one allowing Christian prayers before government meetings.

The latest "radical ruling," said Becky Pringle, president of the National Education Association, will undermine "public schools and the students they serve."

"Forcing American taxpayers to fund private religious education—even when those private schools fail to meet education standards, intentionally discriminate against students, or use public funds to promote religious training, worship, and instruction—erodes the foundation of our democracy and harms students," Pringle said.

"We are witnessing one of the most extreme Supreme Courts in modern history rewrite the most basic social commitments of our society—that publicly-funded education should be free and open to all without discrimination is one of those commitments," she added. "Shamefully, today's decision tosses aside that social commitment."