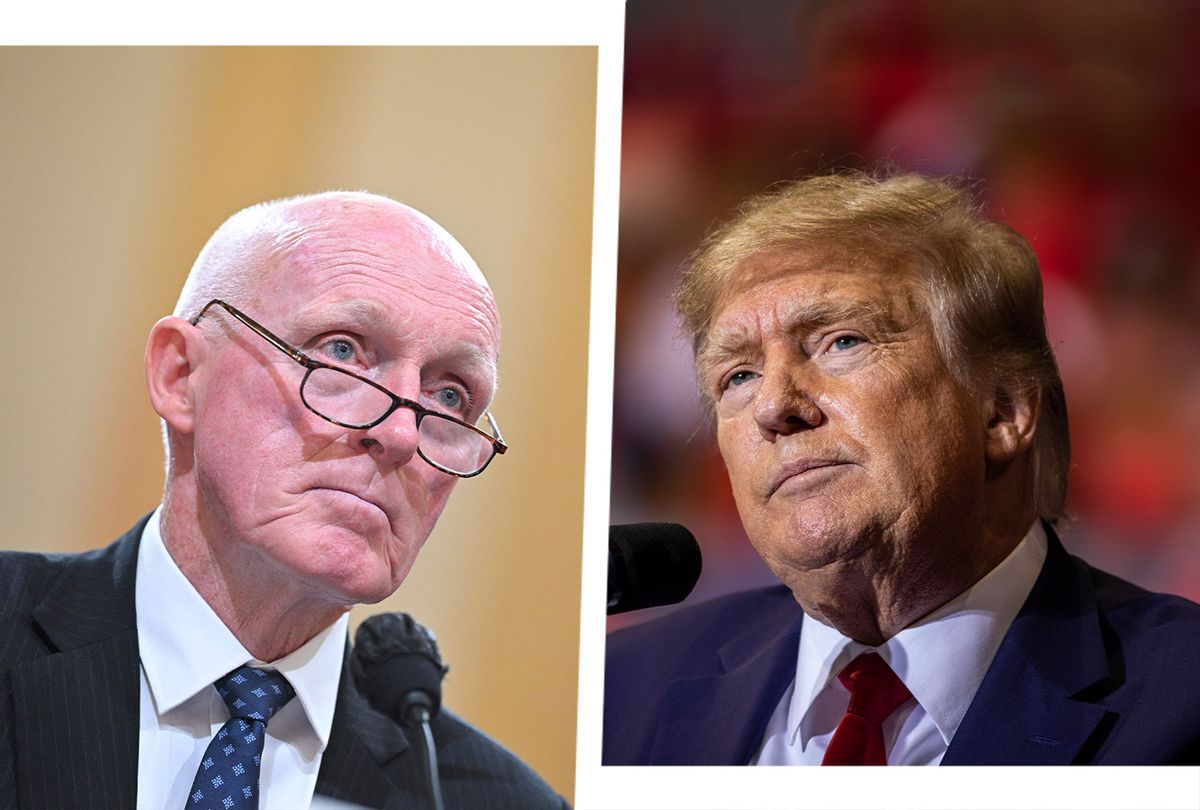 Donald Trump on Tuesday tore into Arizona state House Speaker Rusty Bowers, a Republican who refused to go along with the former president's election coup, just ahead of the January 6 committee's fourth hearing, during which Bowers delivered intense testimony about his role in stopping Arizona's election from being overturned.

RELATED: "We are fully cooperating": Filmmaker hands over never-before-seen footage of Trumps to Jan. 6 probe

Bowers was a key target of Trump's extensive pressure campaign to have various Republican state legislators to replace the duly-appointed slate of electors with an cohort of pro-Trump partisans, according to The New York Times. Shortly after Trump lost the election, ex-Trump attorney Rudy Giuliani repeatedly called Bowers to discuss Trump's baseless allegations of election fraud, claiming that roughly 200,000 unauthorized people had voted in the election in addition to "5,000 or 6,000 dead people."

During his testimony on Tuesday, Bowers adamantly denied ever telling Trump that he had won the election. "Anywhere, anyone, anytime has said that I said that the election was rigged, that would not be true," he said.

Bowers also said that the former president's legal team "never" presented evidence of widespread fraud even though Giuliani promised that he would do so. "We've got lots of theories," Giuliani allegedly told Bowers at one point. "But we just don't have the evidence."

Ultimately, Bowers refused to go along with Trump's claims of election fraud. "You're asking me to do something against my oath and I will not break my oath," Bowers said he told Giuliani. "I do not want to be a winner by cheating."

Bowers testified that since the election, he, his office, and his family have faced a wave of threats that have put a significant burden on his personal and professional life. On many occasions, he said, "various groups" have come to his house to harass Bowers and his neighbors, accusing the lawmaker of being a "pedophile, a pervert, and a corrupt politician."