"I can see your screen”: Ron Johnson busted after saying he's on the phone to avoid Jan. 6 questions 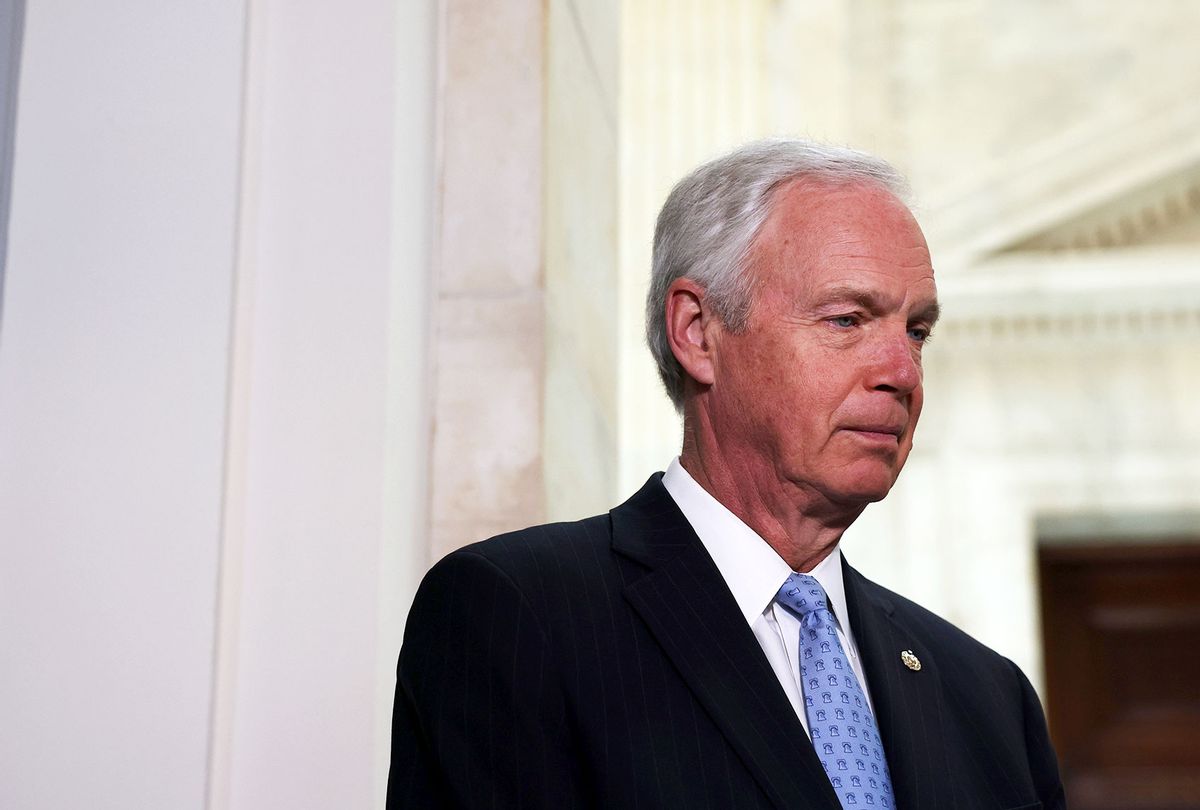 Sen. Ron Johnson, R-Wisc., on Tuesday denied allegations that he attempted to replace the 2020 slate of presidential electors with pro-Trump partisans, saying that he had "no involvement" in the failed scheme to overturn the Donald Trump's loss.

The allegations first arose this week out of text messages, received by the January 6 committee, between Johnson aide Sean Riley and Pence's legislative director, Chris Hodgson, according to Politico. Their never-before-seen exchange suggests that the Republican senator wanted an alternate cohort of electors to be passed along to Pence during the presidential certification ceremony on January 6.

Johnson "needs to hand something to VPOTUS please advise," Riley wrote to Hodgson just ahead of the joint session.

"What is it?" Hodgson asked.

Riley responded: "Alternate slates of electors for MI and WI because [the Archivist of the United States] didn't receive them."

"Do not give that to him," Hodgson demanded.

But as Politico's Kyle Cheney pointed out, the National Archives had already received the the necessary electoral votes from Michigan and Wisconsin by the time of Riley's writing. It's likely, Cheney said, that the Archives "did not consider the WI and MI electors to be legitimate and therefore did not transmit them to Pence in the first place."

"So it appears RonJohn's chief either misled Pence's staff – or was misled himself – about whether the Archives' received of the false elector certificates," Cheney added.

On Tuesday, Riley and Hodgson's exchange was presented by the select committee during its fourth official hearing around the Capitol riot. Johnson, for his part, has adamantly denied being involved in the communications, saying he had "no idea" who tried to enlist him in the illegal effort.

"I was aware that we got this package and that somebody wanted us to deliver it so we reached out" to Pence's office, he told CNN in an interview. "I had no involvement in an alternate slate of electors. I had no idea this'd even be delivered to us, got delivered staff to staff. My chief of staff did the right thing, contacted the Vice President's staff. They said they didn't want it so we didn't deliver it."

Alexa Henning, the senator's spokesperson, echoed Johnson's remarks. "The senator had no involvement in the creation of an alternate slate of electors and had no foreknowledge that it was going to be delivered to our office," she tweeted. "This was a staff to staff exchange. His new Chief of Staff contacted the Vice President's office."

Johnson has not yet been called to provide testimony to the January 6 committee, which confirmed to CNN that no decision has been made on the matter. When approached by a reporter after the hearing, Johnson falsely claimed to be too busy on the phone.

Johnson is up for re-election in Wisconsin this fall.