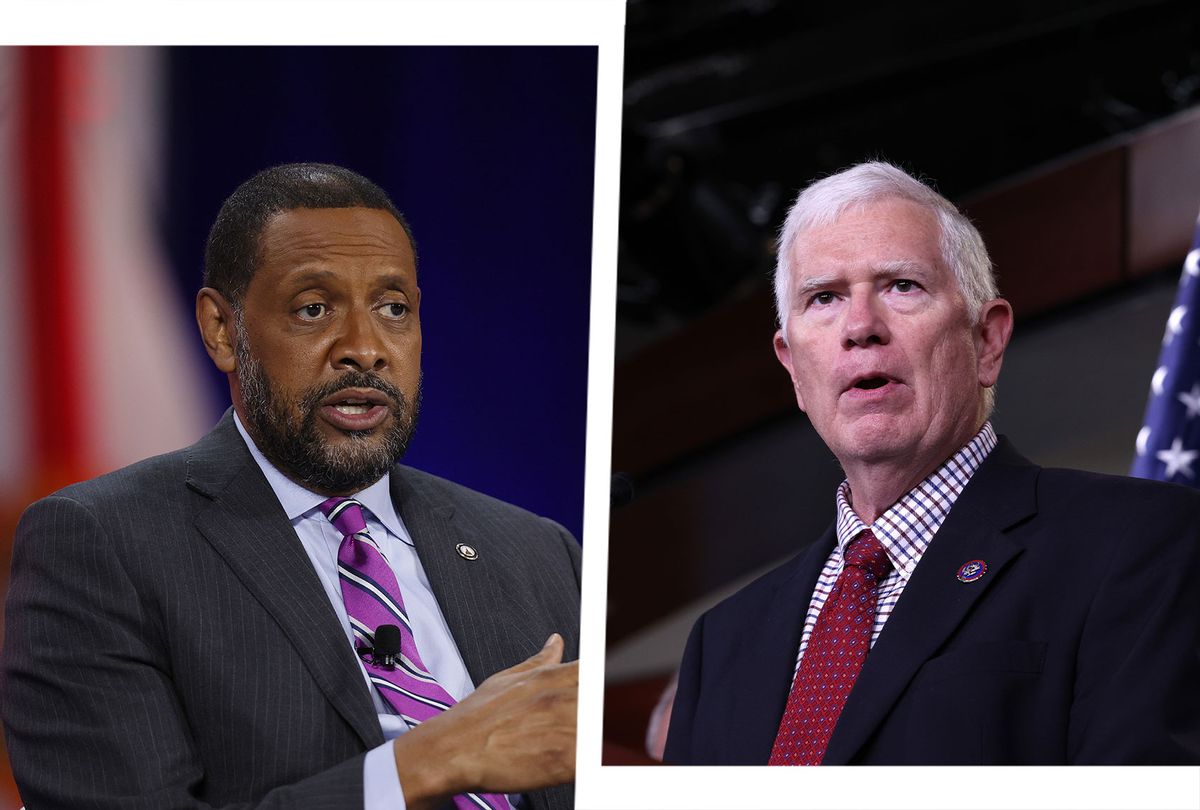 On Tuesday, Republican former state Rep. Vernon Jones lost out in a runoff to Republican trucking executive Mike Collins to represent Georgia's 10th Congressional District, according to the Associated Press. Collins' victory comes just a week after he earned a rare endorsement from Republican Georgia Gov. Brian Kemp, who himself has been put on Trump's hit list for failing to sufficiently promote the Big Lie and baseless claims of election fraud.

Jones, a former Democrat, has been described as the "Black Donald Trump." He has featured in numerous Trump-related events and supported the former president's failed attempt to overturn the 2020 election. Back in 2020, Jones made headlines after speaking at a Trump rally in Macon, Georgia, where he crowd-surfed in the middle of a global pandemic.

Trump also suffered another loss in the Peach State's 6th Congressional District, where Trump-backed lawyer Jake Evans was beat out in a GOP primary by emergency room physician Rich McCormick. McCormick handily won by a 20-point margin. Throughout the race, Evans and McCormick repeatedly casted doubt over the other's right-wing bona fides. Trump gave Evans a $10,000 donation and supported Evans in a tele-rally on Monday

Georgia's 6th district, which flipped red after the latest round of redistricting, is currently represented by Democratic Rep. Lucy McBath, meaning that McCormick is likely to strip the incumbent of her seat in coming midterms, as Axios reports.

Numerous commentators have suggested in recent weeks that Trump might be losing his grip on GOP voters. But with dozens of elections still on the docket, and some Trump-backed wins to boot, it may be too hard to tell.

On Tuesday, Rep. Mo Brooks, R-Ala., was trounced by his Republican opponent, Katie Britt, in a recent recall election after Donald Trump rescinded his endorsement of Brooks back in March, according to the Associated Press. Brooks, who has spent over a decade in Congress, lost the former president's support after the lawmaker suggested that the nation should move on from the 2020 election. Adding insult to injury, Trump formally backed Britt earlier this month, giving her campaign the jumpstart needed to soar in the polls.