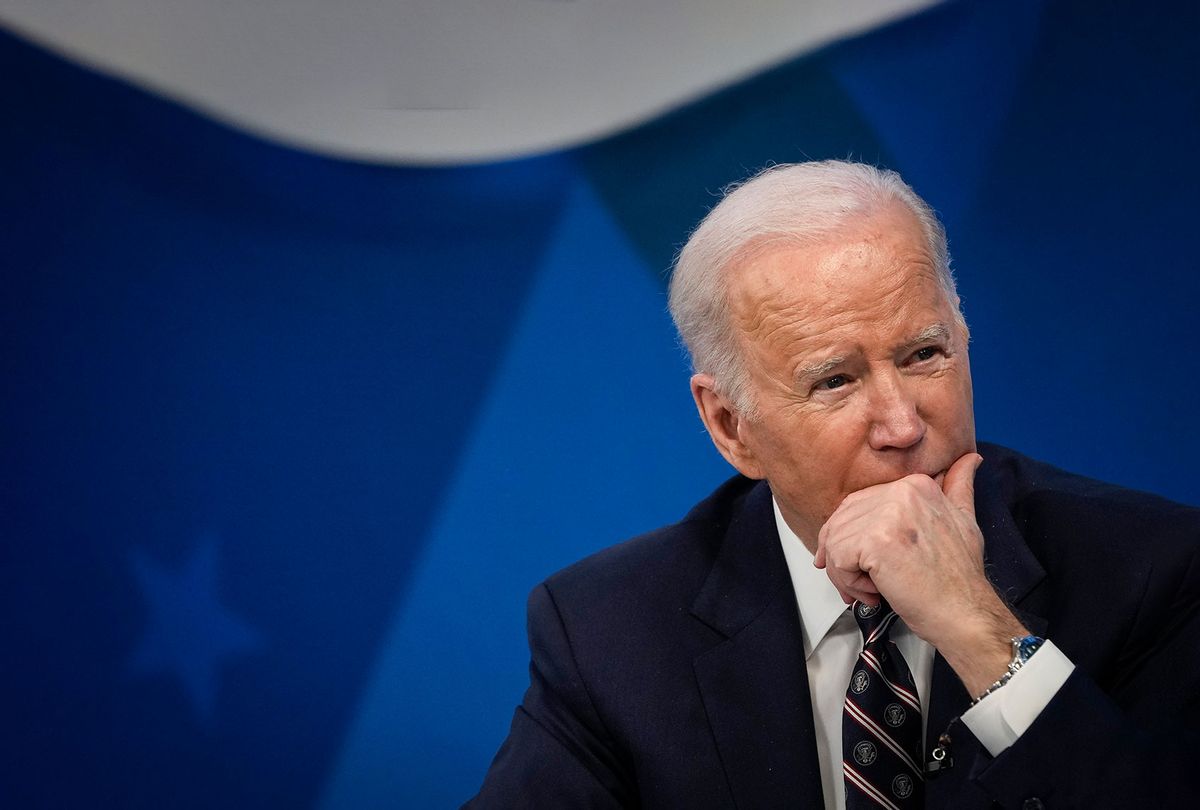 Several environmental groups sued the Biden administration on Tuesday for resuming oil and gas leasing on public lands despite ample evidence that doing so will exacerbate the fossil fuel-driven climate crisis.

The lawsuit came as the U.S. Department of the Interior (DOI) and its Bureau of Land Management (BLM) prepared to hold oil and gas lease sales in Montana, North Dakota, Nevada, and Utah beginning on Wednesday—the first onshore auctions since President Joe Biden paused the federal leasing program shortly after taking office—with more scheduled in Colorado, New Mexico, Oklahoma, and Wyoming. Plaintiffs estimate that these lease sales will open more than 140,000 acres of public land to fossil fuel production.

"Overwhelming scientific evidence shows us that burning fossil fuels from existing leases on federal lands is incompatible with a livable climate," Melissa Hornbein, senior attorney with the Western Environmental Law Center, said in a statement.

The DOI's failure to acknowledge the local and planetary impacts of these new lease sales, said Hornbein, "is an attempt to water down the climate effects of the decision to continue leasing, and is a clear abdication of BLM's responsibilities under the National Environmental Policy Act."

As the plaintiffs explained in a statement:

The groups assert that BLM has violated environmental laws by continuing to authorize fossil fuel extraction on public lands. The challenged lease sales are expected to result in billions of dollars in social and environmental harm, including negative impacts on public health, air and water quality, and local wildlife,such as the embattled greater sage grouse and other endangered species.

The lawsuit cites a failure of the Interior Department and BLM to uphold their responsibility under the Federal Land Policy and Management Act, which requires Interior to prevent "permanent impairment" and "unnecessary or undue degradation" of public lands from oil and gas development. It also calls for BLM to prepare a comprehensive environmental impact statement. That should analyze the compatibility of the predicted increased greenhouse gas emissions with the urgent need to avoid the catastrophe of 1.5ºC of global warming, rather than in piecemeal analyses.

"We're out of time and our climate can't afford any new fossil fuel developments," said Taylor McKinnon of the Center for Biological Diversity. "By leasing more of our public lands to oil companies, President Biden is breaking campaign promises and falling dangerously short of the global leadership required to avoid catastrophic climate change."

Several analyses show that continuing to exploit the world's already-existing oil and gas fields is incompatible with meeting the Paris agreement's goal of limiting global temperature rise to 1.5ºC above preindustrial levels by the end of the century.

To avoid blowing past that threshold—beyond which the consequences of the climate emergency are projected to grow increasingly deadly, especially for the low-income populations least responsible for planet-heating pollution—governments must halt new fossil fuel projects and rapidly phase out existing production.

"Moving forward with these lease sales flies in the face of science and any chance for us to meet our climate goals," said Dan Ritzman, director of Sierra Club's Lands, Water, Wildlife campaign. "For the sake of our environment and our future, we must transition away from the toxic fossil fuel industry that prioritizes handouts to oil and gas companies over the interests of local communities, wildlife, and conservation efforts."

Earlier this year, a coalition of more than 360 progressive advocacy groups submitted a legal petition calling on the Biden administration to use its executive authority to end fossil fuel extraction on public lands and waters. The petition comes equipped with a regulatory framework to wind down oil and gas production by 98% by 2035. According to the coalition, the Biden administration can achieve this goal by using long-dormant provisions of the Mineral Leasing Act, Outer Continental Shelf Lands Act, and the National Emergencies Act.

The DOI has argued that it is required to resume lease sales because of a preliminary injunction issued last June by a Trump-appointed judge in response to a lawsuit filed by a group of Republican attorneys general who are bankrolled by the fossil fuel industry and oppose Biden's executive order suspending new oil and gas leasing on public lands and waters.

However, in a memorandum of opposition filed last August by the U.S. Department of Justice (DOJ), federal government lawyers wrote that while Judge Terry A. Doughty's ruling "enjoins and restrains Interior from implementing the pause, it does not compel Interior to take the actions specified by plaintiffs, let alone on the urgent timeline specified in plaintiffs' contempt motion."

The president has already come under fire for ignoring the DOJ's legal advice and plowing ahead with the nation's largest-ever offshore lease sale in November. That auction, which saw more than 80 million acres of the Gulf of Mexico offered to the highest-bidding oil and gas companies, was blocked in January by a federal judge who wrote that the Biden administration violated federal law by not adequately accounting for its emissions impact.

The president's pause of the federal leasing program was meant to give the DOI time to conduct a comprehensive review of the "potential climate and other impacts associated with oil and gas activities on public lands or in offshore waters."

The U.S. Geological Survey has estimated that roughly 25% of the nation's total carbon emissions can be attributed to fossil fuel extraction on public lands and waters, and according to the DOI, the social costs of burning oil and gas obtained through drilling and fracking on government-owned parcels—including rising sea levels, extreme weather disasters, and adverse public health effects—range from $630 million to about $7 billion.

Nevertheless, the DOI's long-awaited review of its oil and gas leasing program largely ignored the climate crisis, leading environmental justice campaigners to describe the November report as a "shocking capitulation to the needs of corporate polluters."

Peer-reviewed research, meanwhile, has estimated that a nationwide ban on federal fossil fuel leasing would reduce carbon emissions by 280 million tons per year.

The moratorium the White House enacted last January did not affect existing leases. The Biden administration approved 34% more permits for oil and gas drilling on public lands in its first year than the Trump administration did in 2017, prompting environmental groups to file a separate lawsuit two weeks ago.

"Federal minerals belong to the public and should be managed in the public interest," he added, "which clearly dictates keeping federal fossil fuel deposits safely buried underground."