"We're shooting this right now during a break during my live show," Jones said 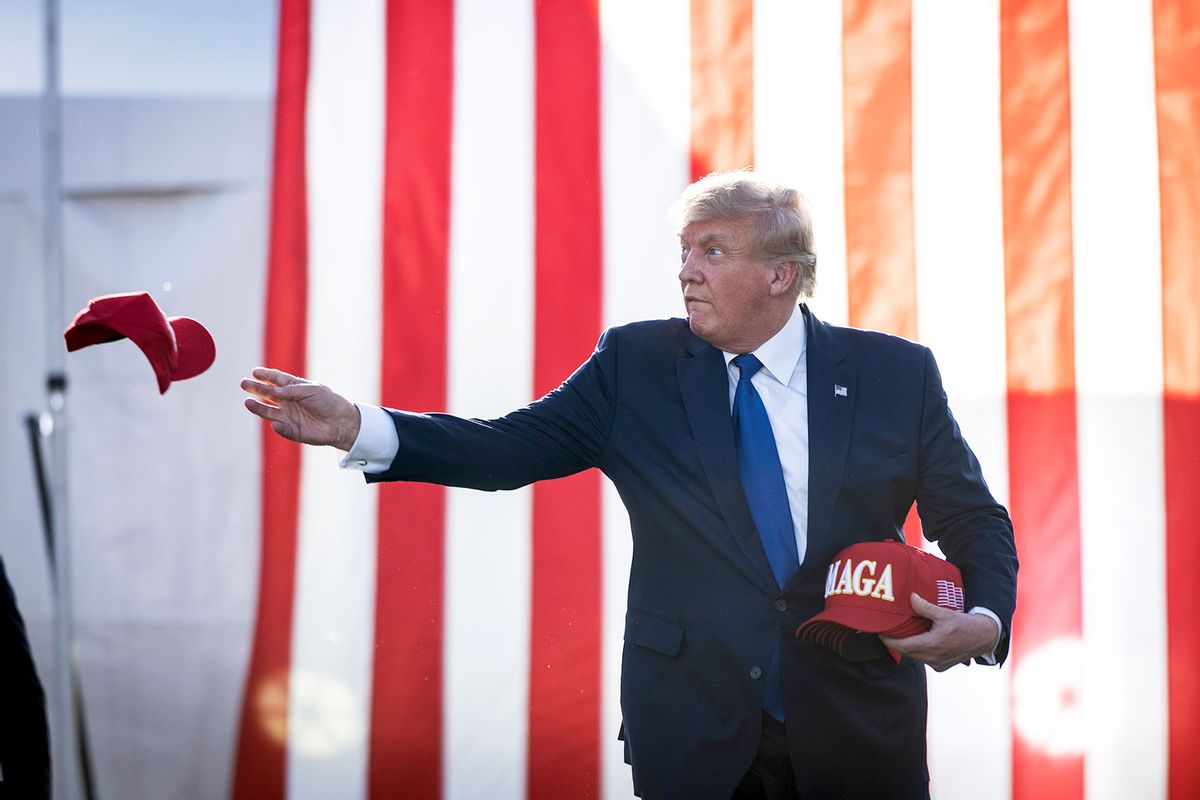 Former U.S. President Donald Trump tosses hats to the crowd as he arrives during a rally hosted by the former president at the Delaware County Fairgrounds on April 23, 2022 in Delaware, Ohio. (Drew Angerer/Getty Images)
--

Infowars host Alex Jones claimed on Wednesday that a source close to former President Donald Trump told him that Trump is planning to declare his candidacy for a 2024 White House bid on Monday, July 4th.

"Donald Trump is set to announce his run for 2024 on Monday, which is a very special day. We're shooting this right now during a break during my live show on June 29th, Wednesday edition. That means in five days, on July 4th, President Trump is gonna announce he's running for his second term," Jones said. "Imagine the explosive political, cultural, economic, medical, financial implications of that."

Jones noted that Trump's "confidant" and veteran Republican operative Roger Stone, whom Trump pardoned last December after he was convicted on multiple counts of making false statements, obstruction of justice, and witness tampering, "confirmed that the first six months of last year, Trump wasn't gonna run. They messed with him so bad, they ran America into the ground so bad, he said, 'okay, I'm gonna run.' And the question became, when will he run? It became, when will he make that decision? Right now, he is planning to announce – this is exclusive – this next Monday, July 4th, that he's running for president again. Unbelievable."

Watch below via Ron Filipkowski: