It's the perfect moment for a clean-energy future: But war and greed are getting in the way

Oil prices are spiking. Renewables keep getting cheaper. Activists must push for a faster, fairer transition 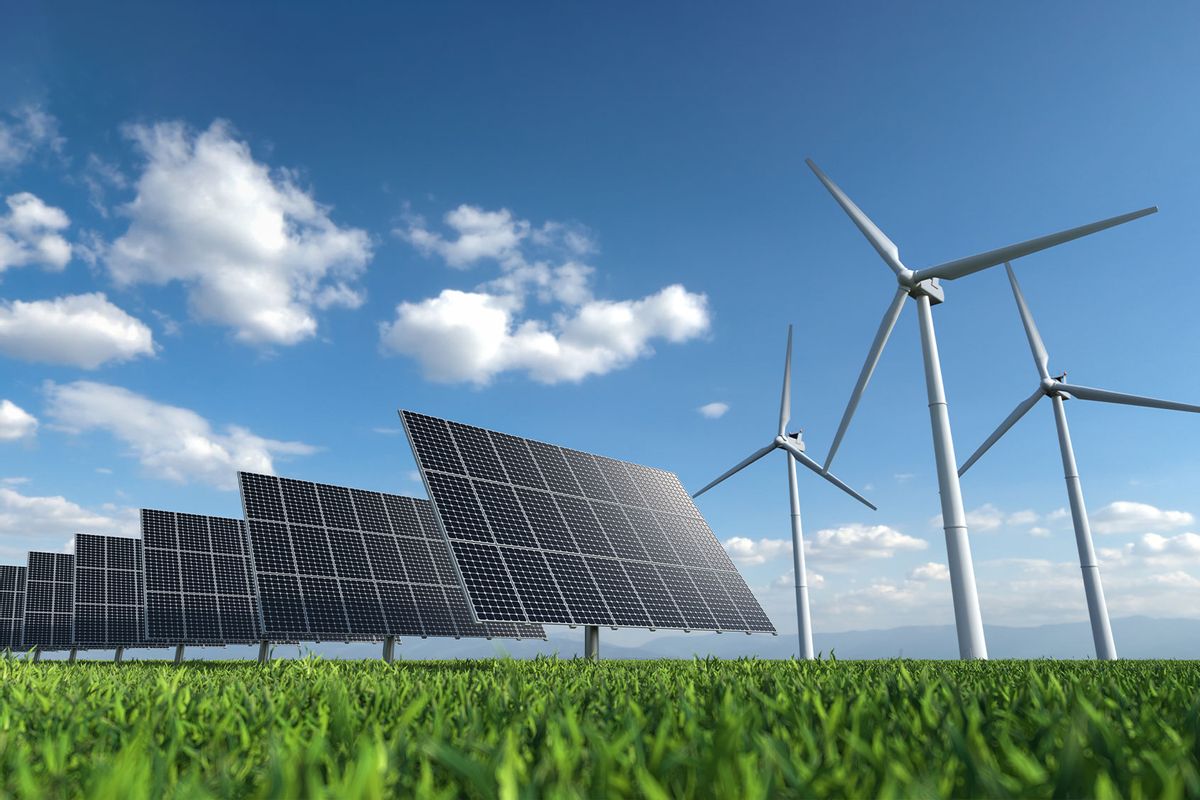 Thursday's Supreme Court decision, which sharply curbs the EPA's authority under the Clean Air Act to regulate pollution from U.S. power plants, comes at a surprising moment. Even the utilities being regulated begged the court not to throw out the EPA's flexibility.

This would seem like the perfect moment for even conservatives to embrace a decarbonized energy sector and accelerate the shift from coal, oil and methane to wind, sun and other clean technologies. Hundreds of millions of people in South Asia just endured the hottest April in 120 years, 10 degrees higher than normal, on the verge of making human survival outdoors impossible. Crop failures have already afflicted millions on the Horn of Africa, in Yemen and in Afghanistan. Now Ukraine, the world's breadbasket, has been cut off from global markets by a Russian invasion bankrolled by fossil fuels. Spiking prices of oil and gas, caused in large part by the war, are making affordable fertilizer for the rest of the world an even more distant dream.

At the same time, the pocketbook cost of clinging to fossil fuels is soaring. Gasoline in rural California is more than $7 a gallon. Household gas costs in Europe have risen tenfold since 2019. In Asia, countries like Pakistan are facing prices for imported coal 400% higher than when they started building power plants that depended on it.

Controlling for inflation, the costs of onshore and offshore wind power, utility-scale and rooftop solar, electric vehicles and the batteries that power them are predicted to keep falling.

Even conservatives should embrace a shift away from fossil fuels: Renewables are more profitable. But the momentum toward clean energy is stalling out, thanks to Russia's war in Ukraine.

Nonetheless, the momentum toward building a decarbonized, clean energy economy that emerged from the Glasgow climate summit remains in danger of stalling. The Economist recently proclaimed that clean energy in the U.S. "is going bust." In the face of Russian aggression, Europe is looking for oil in all the wrong places. High prices have pumped up investment in new coal mines in India, Africa and Indonesia. Russia is making more money, selling less oil, because of rising prices.

In response, UN Secretary-General António Guterres has warned, "We must end fossil fuel pollution and accelerate the renewable energy transition before we incinerate our only home. … Time is running out," and launched a five-point program to get renewable energy back on its growth trajectory.

Guterres' initiative will fail if climate defenders don't recognize that the global struggle to replace fossil fuels with clean energy has entered a new phase. Nations are no longer agonizing about who is going to pay the bills for clean energy. Instead, the world community has embarked on a dangerous (if predictable) squabble over how to divide the profits and manage the transition. That requires new responses from climate advocates.

In most energy markets, the availability and affordability debate has already ended. There's plenty of solar and wind to be captured, and it costs less than coal, oil and gas. Cars, buildings and, increasingly, even factories cost less and work better when converted to use renewable power instead of burning coal, oil or methane. If clean energy weren't already outcompeting fossil power, the Commerce Department wouldn't be investigating whether imported solar panels were actually Chinese but being routed through Vietnam. If renewable power weren't already cheaper than coal and gas, there wouldn't be a queue of 1,300 gigawatts of new wind and solar projects waiting for access to the U.S. grid, and Spain wouldn't have nine times as many wind projects waiting permit approval as it has under construction.

Fossil fuel producers understand this. If clean energy wasn't clearly understood to be the future, even in the executive suites of Houston and Riyadh, oil producers would be rushing to step up their drilling pace, especially considering today's $100-plus per barrel crude prices.

Today's policy battles over renewable electricity, storage and transmission or electric vehicles are focused on how to manage change, not affordability. Current examples include debates over how much domestic content to require in advanced batteries, whether and how to tax electric cars or add new charges to rooftop solar, and how to regulate which customers should pay for the transmission of cheap wind energy to distant load centers.

In one sense, these problems are themselves signs of hope. The world is at risk of failing to accelerate the deployment of solar panels, wind turbines and advanced batteries fast enough to avert climate catastrophe, even though those technologies are profitable, because we are fighting over sharing the risks and dividing the spoils of progress we haven't yet made.

The old environmental attitude that slowing down decision-making and change was best for the future has become dangerous; we need the "fierce urgency of now."

The climate movement must shift its primary energy from preventing unwise fossil fuel development into accelerating clean energy momentum. Old habits die slow. Seeing dirty energy as the enemy and clean energy as an afterthought remains the default setting in both media coverage and climate advocacy. A world of very expensive capital for new oil and gas fields, but only a dribble for batteries and transmission is not a green world — it is a high-carbon disaster.

The old environmental attitude that slowing down decision-making and change was good for the future needs to be replaced by a new version of Dr. Martin Luther King Jr.'s maxim about the "fierce urgency of now." It's important to get the next wind turbine in place today, because we need another one tomorrow. We need to look at a proposed battery factory not just for its local footprint, but for the larger benefits of the oil wells that won't be drilled,  and the clean air that won't be polluted by the cars it powers.

Finally, climate advocates are nowhere near engaged enough in creating an energy ecosystem that includes and meets the needs of all. Latest reports show that instead of the clean energy revolution spreading to the entire world — which wind, sun and rain make possible — progress is increasingly focused in rich countries that need it least. The British government just diverted funds toward arms for Ukraine that were supposed to support climate action in the developing world. Republicans in Congress just tried to strip away U.S. funding for global climate progress. Only a broadly shared and broadly distributed clean-energy future can lead to climate survival; otherwise the struggle over who benefits from the new economy may prove fatal. Guterres has taken a critical, if largely unnoticed, step forward by putting these issues on the table. Understanding and joining the global battle for a shared decarbonized future is a steep challenge for the climate movement — but an absolutely essential one.

Read more on the transition to clean energy: