Police chased Walker during "investigation of an unspecified traffic violation" 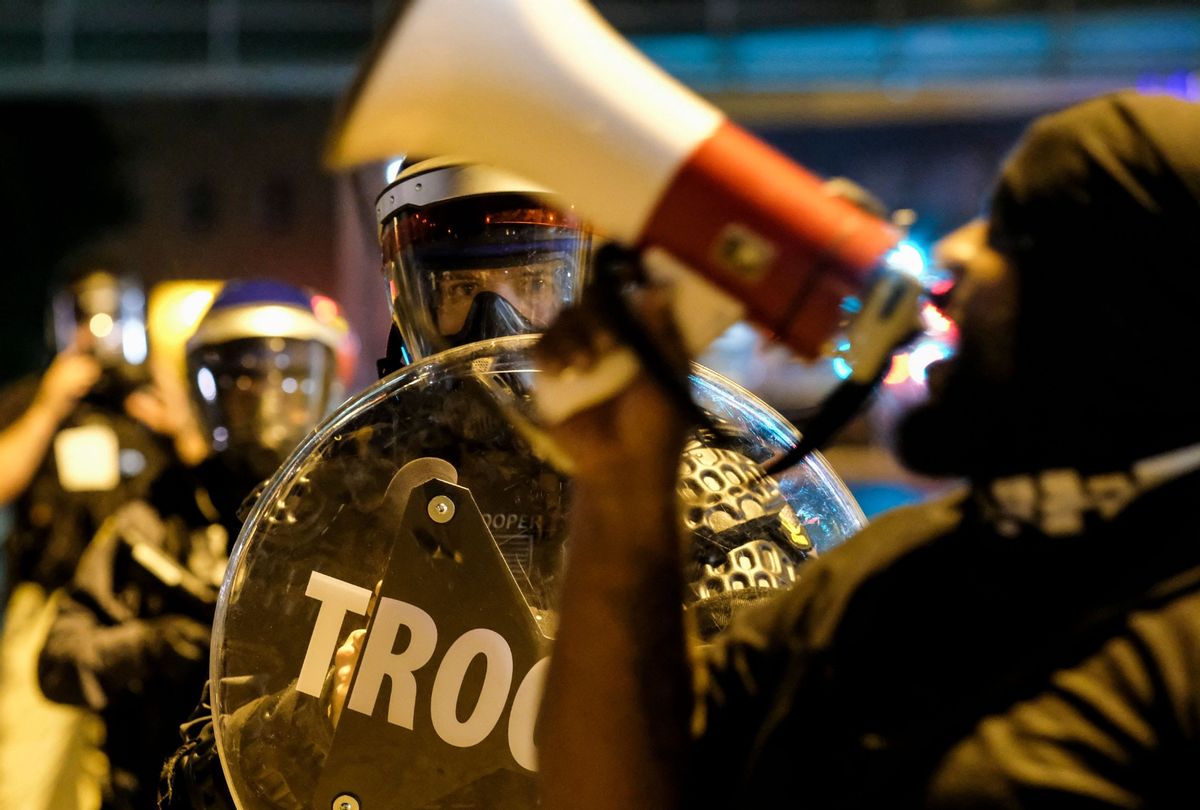 Hundreds of people in Akron, Ohio gathered outside the police department's headquarters and marched through the city late Sunday, demanding justice for Jayland Walker after police footage was released showing that the 25-year-old Black man had been fatally shot from behind at least 60 times by officers as he tried to flee from a traffic stop on June 27.

Demonstrators chanted Walker's name and "No justice, no peace!" outside the police department and the Harold K. Stubbs Justice Center, where they were confronted by officers in riot gear as the protest continued into the evening.

According to local news outlet WKYC, police officers deployed a dozen canisters of tear gas on the protesters after some knocked down barriers that were outside the police headquarters.

The response shook Rev. R. Stacey Jenkins, a pastor at the House of Prayer for All People, who joined the protests and told the Akron Beacon Journal that the bodycam footage showed no evidence of the police trying to peacefully deescalate the confrontation with Walker.

"Nothing can bring him back, but we can honor his life by seeing some quality change in how we police," Jenkins told the newspaper.

The police department appeared to double down on defending the officers' actions by responding to the community's outcry with force, Jenkins suggested.

Olayemi Olurin, a public defender for Legal Aid in New York, called the "militarized" police response to the protests "insane, terrifying, and outrageous."

Walker's killing sparked protests and demands for the release of bodycam footage last week, as the community learned that he'd been killed after officers chased Walker during an "investigation of an unspecified traffic violation," as the Washington Post reported.

Police claim Walker had fired a gun from his car, but his family disputes the claim and Walker was reportedly unarmed when he left his vehicle and was chased on foot by the officers.

"The police can do whatever they want," a woman attending the protest told WKYC. "They can take our children's lives and think it's okay."

Eight officers were involved in the chase which ended with the police firing about 90 rounds and shooting Walker roughly 60 times, according to an autopsy report.

"He was outgunned, outmanned," Judi Hill, president of the Akron NAACP, told the Beacon Journal. "There's just no reason for any of this."

Activist Fela Sutton noted that recruiters for the Akron police department had recently attended a Juneteenth event with Black community members, giving hope to residents about amicable relations between law enforcement and the Akron community.

"You can't build community relations doing things like [Walker's killing]," Sutton told the Beacon Journal. "There is no reason to shoot somebody 60 times."