"When did he record that?!" the woman demanded to know. "I don't see where he recorded that!" 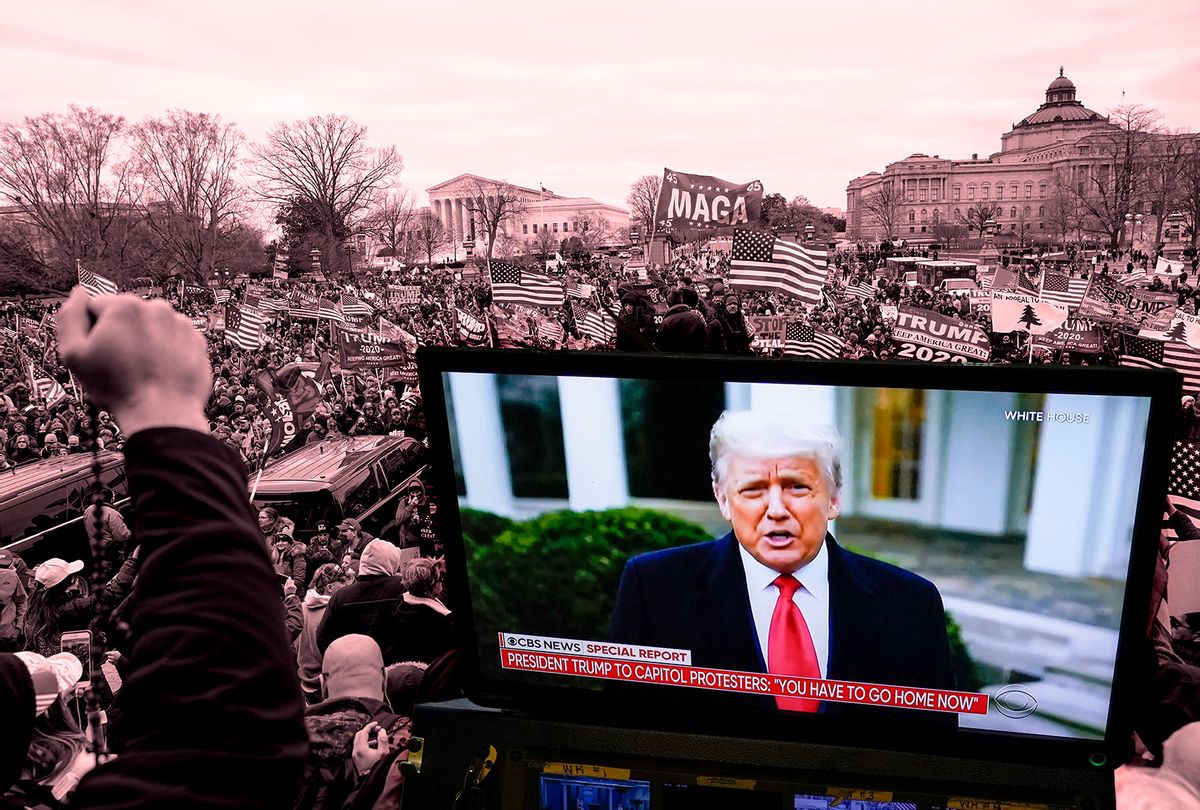 U.S. President Donald Trump is shown speaking on a monitor, as his supporters riot in Washington DC and overtake the Capitol building (Photo illustration by Salon/Getty Images)
--

A video posted on Tuesday by NBC News' Ryan Reilly shows that some supporters of former President Donald Trump who stormed the United States Capitol on January 6, 2021 seemed reluctant to believe that he really wanted them to go home.

Roughly three hours after rioters breached the Capitol, Trump put out a video urging his followers to vacate the building, although not without once again inflaming their anger with false claims about the 2020 election being "stolen" from him.

"This was a fraudulent election, but we can't play into the hands of these people," Trump said. "We have to have peace. So go home. We love you. You're very special."

The video posted by Reilly shows several Trump supporters at the Capitol standing around a phone held by Jacob Chansley, a.k.a., the "QAnon Shaman," and watching the twice-impeached former president's plea to leave.

After watching the video, one Trump supporter immediately expressed skepticism that it was real.

"That looks prerecorded!" she yelled, which prompted Chansley to tell her to "chill the f*ck out."

"When did he record that?!" the woman demanded to know. "I don't see where he recorded that!"

According to Reilly, the video was recorded by Pam Hemphill, who was sentenced to 60 days in prison for her actions on January 6th.