Following a mass shooting at a Fourth of July Parade in Highland Park, the right blames drugs and mental illness 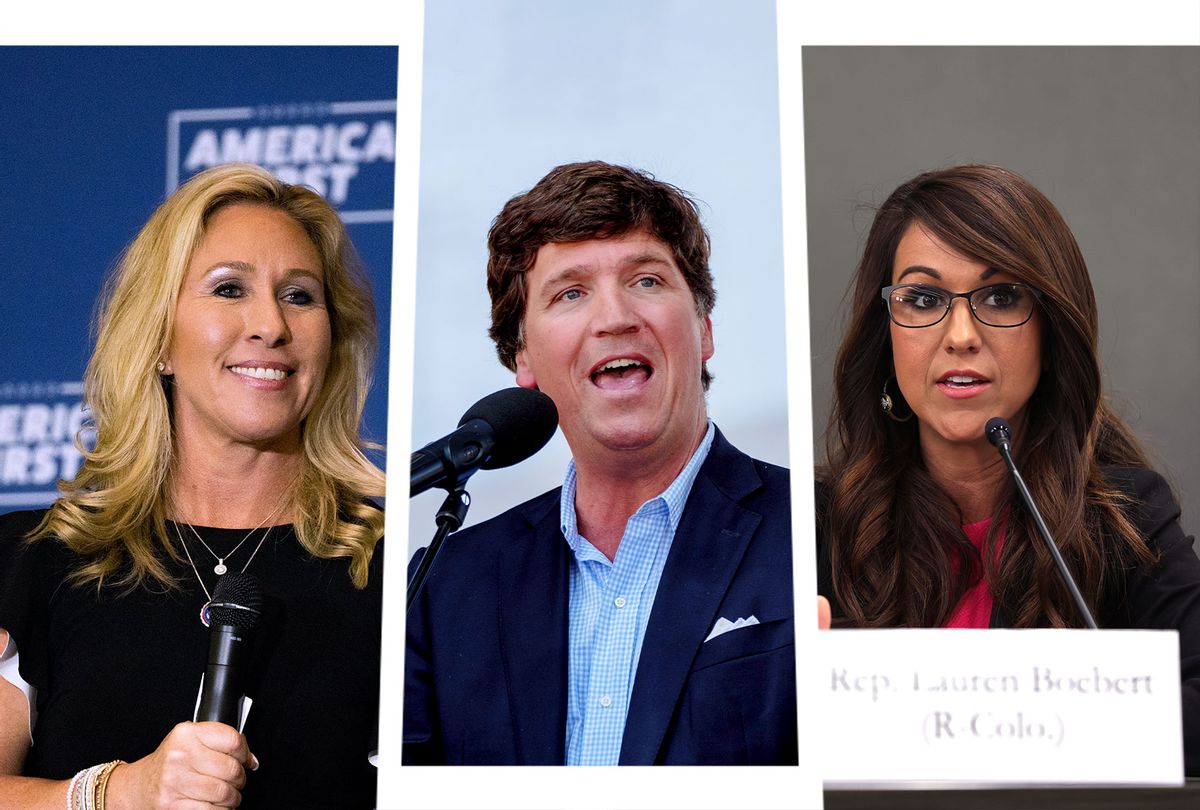 Following the mass shooting that took place at the Fourth of July Parade in Highland Park, Ill, which left seven people dead, far-right figures are reaching for their grab-bag of different things to blame the latest massacre on anything but guns.

MAGA politician Rep. Marjorie Taylor Greene, R-Ga., suggested that the attack was part of Democrats' plans to push forward gun reform. Along with blaming Democrats, Greene argued that recent mass shootings have been caused by mental health medications themselves, such as the commonly used anti-depressants like selective serotonin reuptake inhibitors (SSRI).

In a video posted on her Facebook Live series, Greene espoused a wholly unfounded theory that Democrats were involved in the planning of the Highland Park shooting.

"Two shootings on July 4th, one in a rich, white neighborhood and another at a fireworks display. It almost sounds like it's designed to persuade Republicans to go along with more gun control," Greene said. "We didn't see that happen at all the Pride parades in the month of June, but as soon as we hit MAGA month, as soon as we hit the month that we're all celebrating, loving our country, we have shootings."

Greene's conspiracy theory works in conjunction with the repeated right-wing trope that mental illness is the cause for mass shootings, not the guns themselves.

The AR-15 that 21-year-old shooter Robert Crimo III used in the shooting was legally purchased despite previous police reports that he displayed signs of "clear and present danger." Crimo has since been arrested and charged with seven counts of murder.

Instead of blaming the lack of gun regulations, Greene took to blaming Crimo's mental health medication for the shooting. Reposting a clearly photoshopped image of Crimo in a jail cell, Greene tweeted "Is he in jail or rehab or a psychiatric center in this photo?...What drugs or psychiatric drugs or both does he use?" She has called on the Highland Park police to "Release his records."

Showing a graph of mass shootings since 1991, Carlson claimed that prescriptions for anti-depressants had increased 3,000 percent since, making no mention that the actual jump begins after the expiration of the federal ban on assault weapons.

But instead of commending President Biden on allocating money towards mental health, Greene accused the bill of targeting right-wing gun owners.

"Passing red flag laws was not a solution by Democrats to stop mass shootings," Greene tweeted. "It will be a tool to disarm any gun owner that wants to stop abortion, the trans agenda on kids, mass illegal migration, & big government oppression suffocating our families, faith, & freedoms."