Laws like El Salvador's are "now being replicated in states across the U.S.," noted one observer 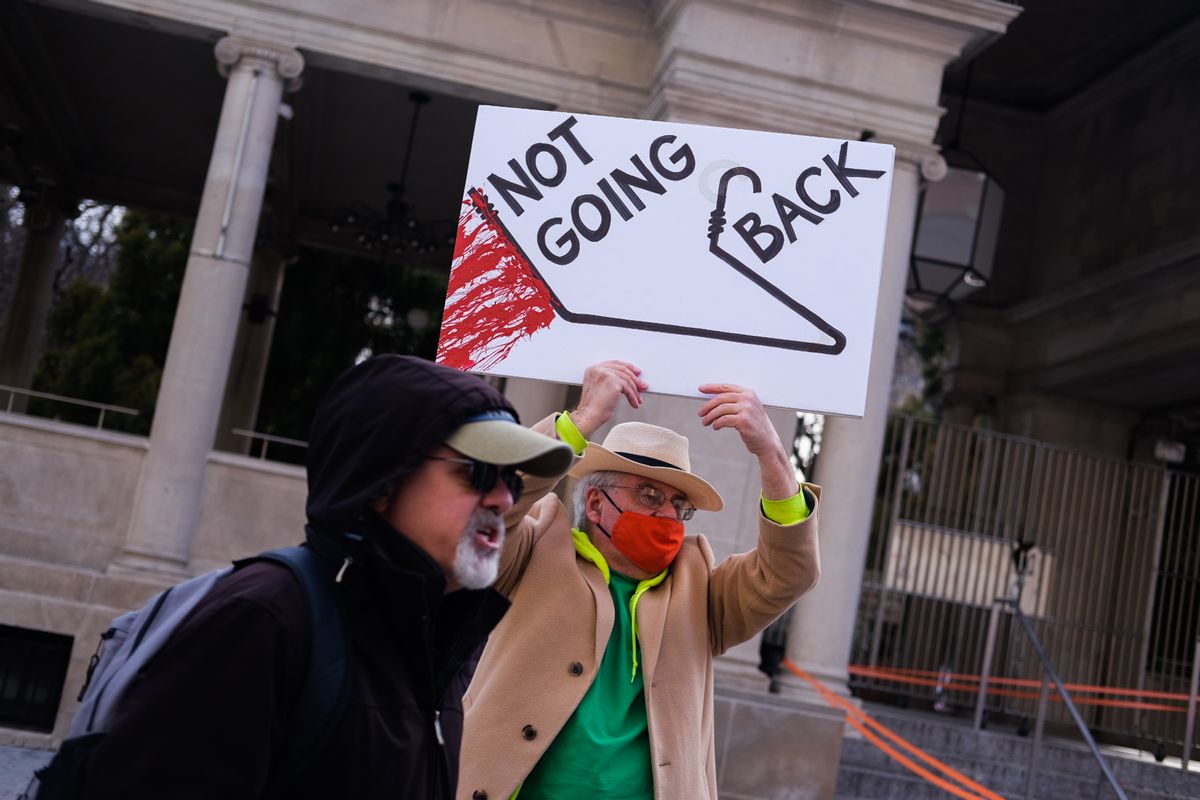 Reproductive freedom advocates are condemning a 50-year prison sentence given to a woman in El Salvador this week, after she was convicted of homicide following what rights groups say was a stillbirth.

The case of Lesli Lisbeth Ramírez Ramírez, who was 19 when she suffered the pregnancy loss in June 2020, is the result of the type of "draconian abortion ban" which is "now being replicated in states across the U.S.," said journalist Max Granger.

According to Vice, Ramírez "suffered an obstetric emergency and lost her fetus in the ninth month of pregnancy." She said she hadn't known she was pregnant and didn't know what was happening when she gave birth. She was taken to a hospital and was detained shortly thereafter on suspicion of murder.

The judge who sentenced Ramírez, Ricardo Torres Arieta, also sentenced a woman identified as Esme in May to 30 years in prison, a year and a half after she sought help for a medical emergency during her pregnancy and lost her unborn child.

While sentencing her, Arieta told Ramírez that "mothers are the source of protection for their children in any circumstance of life, and you were not," according to the Citizen Group for the Decriminalization of Abortion, an advocacy group based in San Salvador.

Since 1998, El Salvador has been one of a small minority of countries where abortion is completely illegal with no exceptions. People who have abortions face up to eight years in prison and providers face up to 12 years. A number of women have been charged with murder after suffering stillbirths and miscarriages.

The Inter-American Court of Human Rights ruled last year that the government violated the rights of a woman who died in prison in 2010 while serving a sentence for experiencing a stillbirth.

The citizen group on Wednesday condemned the judge for ignoring evidence "of the gender-based violence to which Lesli had been subjected."

Ramírez's lawyer, Abigail Cortez, noted that her client was one of many women in El Salvador who suffered pregnancy losses amid the coronavirus pandemic, when access to gynecological care was limited.

Cortez she plans to appeal the sentence.

"My heart aches because we have tried to close the page on the sad history of El Salvador that unjustly condemns impoverished women due to obstetric emergencies, but the Salvadoran state, once again, continues to be cruel to women," said Morena Herrera, president of the citizen group. "Despite these penalizing intentions, we are going to change this reality, because we are capable of imagining a fairer world."

The cases of both Ramírez and Esme offer "a stark warning to women in the United States," said educational charity the Female Lead.

Ramírez's sentence was handed down less than two weeks after the U.S. Supreme Court overturned Roe v. Wade, immediately eliminating abortion rights for millions of people in at least eight states, with several other states to follow.

The Republican Party intends to introduce a nationwide six-week abortion ban if they win control of Congress in November.

"There is an emboldening of conservative positions after the ruling of the Supreme Court of the United States," Herrera told El País in Spain.