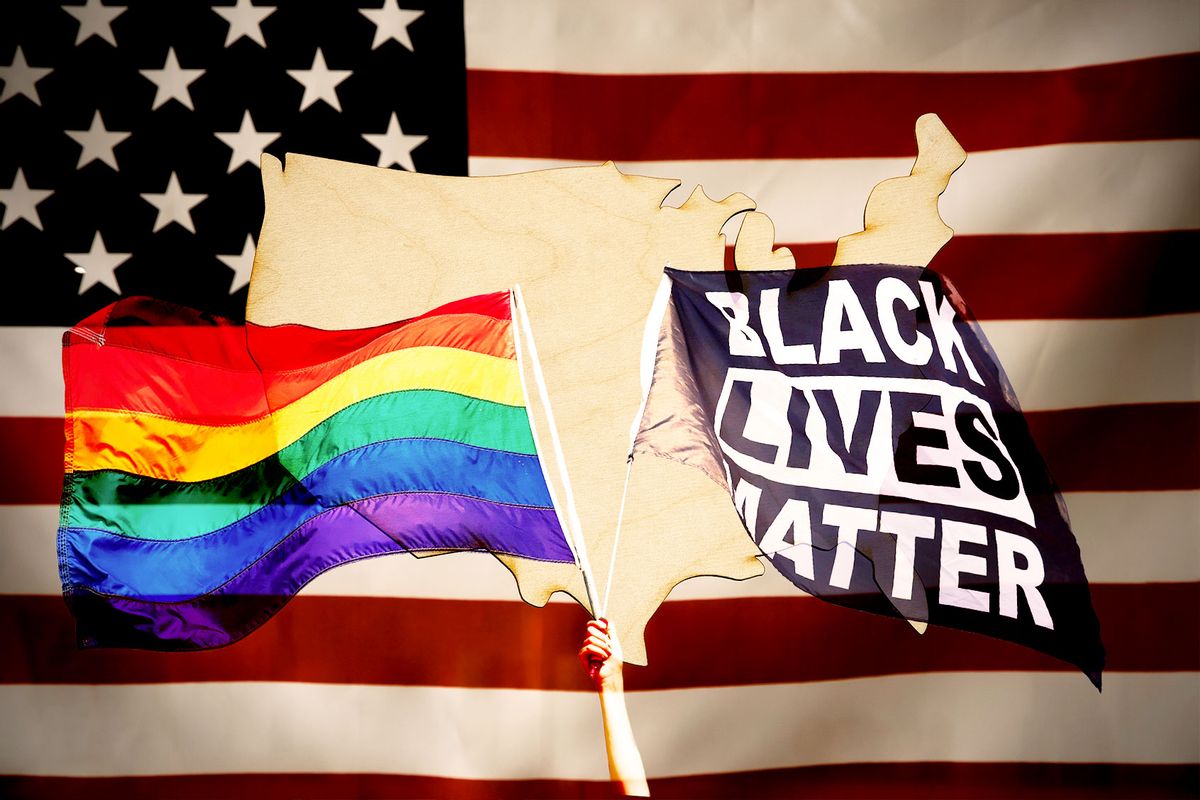 A right-wing group in Missouri has launched a "woke heat map" documenting instances of "wokeness" in an attempt to fight back against "critical race theory" and alleged "grooming" in schools across the state.

The group, dubbed "Liberty Alliance," says it is "committed to fighting back against the Woke agenda that is permeating all across Missouri."

"The first step in fighting back is uncovering their crazy ideas – from Critical Race Theory to grooming toddlers with sexually explicit books," the organization states on its website. "That is why we have officially launched the Woke Heat Map – an interactive tool designed to expose the insane actions of the radical Left. This map will alert Missourians of craziness happening in their own communities."

As of this writing, the group has cataloged twelve individual instances of wokeness. One of the map's "hotspots" links to an article about a pro-life display at Saint Louis University that was reportedly vandalized. Another directs users to a tweet by U.S. Senate candidate Eric Schmitt, who expressed concern over a school district in Arnold using a diagram of a "Genderbread Person" to break down the differences between gender identity, gender expression, biological sex, sexual attraction, and romantic attraction.

Liberty Alliance's map isn't the first of its kind. Over the years, numerous right-wing groups have created rankings, watchlists, and cluster maps to keep track of the left's alleged influence in healthcare and education as well as Corporate America.

Last October, Salon reported on a custom Google map created by trans activist Erin Reed that provides those seeking hormone replacement therapy with the names and locations of nearly 800 informed consent clinics throughout the country. By February of that year, Reed told Salon, her map was repurposed by anti-trans activist Alix Aharon as a resource for organizing protests against doctors who provide gender-affirming care. That new map, called "The Gender Mapper," was quickly taken down over apparent copyright infringement. However, a new one has since appeared in its place, cataloging roughly 200 clinics in total.

On its website, The Gender Mapper accuses "Big Gender" of testing "experimental medication" on "confused and vulnerable children."

"GenderMapper volunteers work in secret, around the world to collate evidence and document what is occurring," the site adds. "Gendermapper volunteers are unsung [sic] heros- and data is our truth."

Right-wing groups have also sought to crack down on left-wing "indoctrination" on college campuses.

Notable among them is Turning Point USA, a conservative youth advocacy group, which runs a "Professor Watchlist" designed to keep right-wing students abreast of "college professors who discriminate against conservative students and advance leftist propaganda in the classroom."

"The project," its website says, "is comprised of published news stories detailing instances of bias, propaganda, or speech infringement on college campuses."

The site allows users to submit tips and search for professors by name or university. Some professors on the list include activist Angela Davis, linguist Noam Chomsky, author Ibram X. Kendi, and former FBI Director James Comey. As of 2016, there were roughly 200 academics on the list.

In the private sector, conservative are similarly hounding companies that engage in "woke" actions, arguing that Corporate America is prioritizing political correctness over profit.

Alliance Defending Freedom has its "Viewpoint Diversity Score," a 50-company index that "evaluates corporate policies, practices, and activities to determine whether companies respect their stakeholders' freedom of expression and freedom of religion or belief as a standard part of doing business." The list specifically breaks down each company's support of free speech in the market, the workplace, and the public square, analyzing everything from political giving to DE&I (Diversity, Equity, and Inclusion) policies.

On the index, companies like Facebook and Meta – which face baseless accusations of anti-conservative bias – have notably lower scores than most. None of the firms included on the list score higher than a 35 out of 100.

"The results of our inaugural Business Index reveal that there is much work to be done. Company scores ranged between 2% and 35%, with the average overall score an abysmal 12%," wrote Jeremy Tedesco, senior vice president of corporate engagement for ADF, in The Wall Street Journal. "The poor showing confirms that there is an alarming trend among major corporations to favor virtue-signaling even at the expense of fundamental American freedoms."

Corporations have no legal obligation to promote free speech, a constitutional right designed to protect Americans from governorship censorship and coercion.