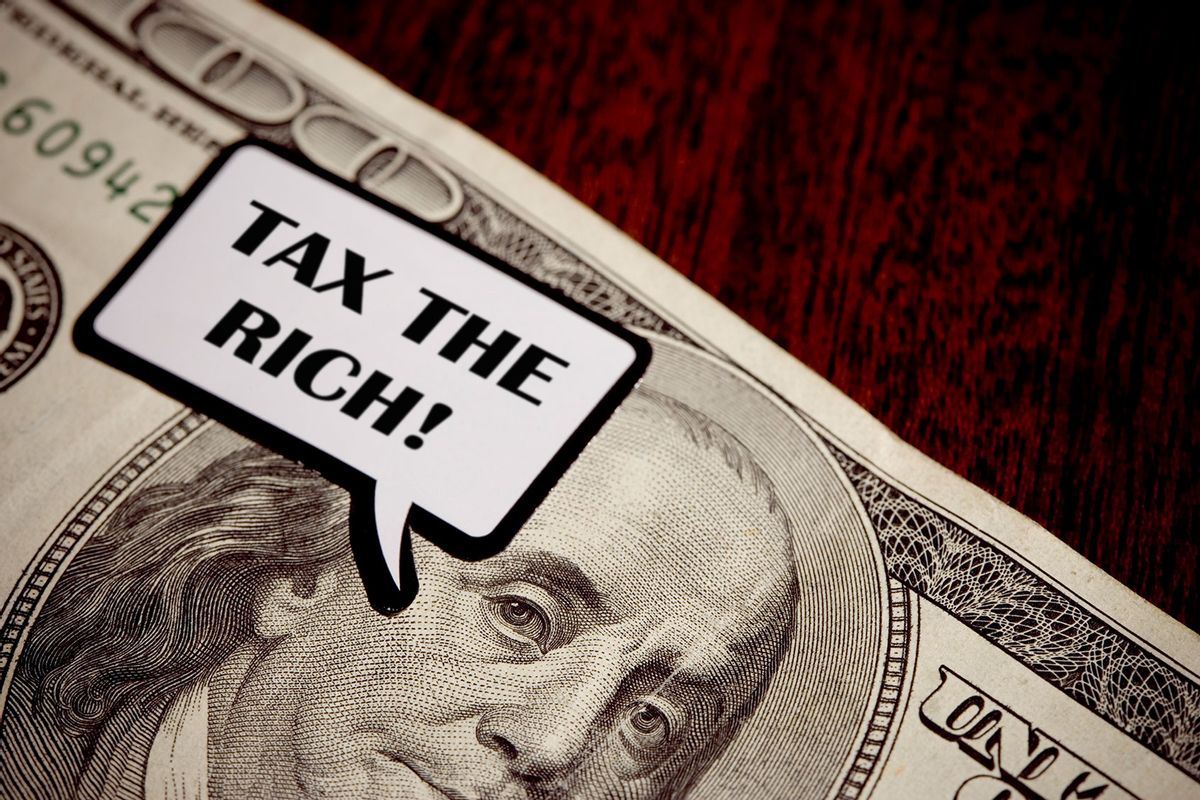 The danger that extreme wealth poses to democracy is ever-present, and the idea that it must be restrained is almost as old as democracy itself. In 1792, Thomas Paine wrote that the freedom of elections was "violated by the overbearing influence" of inherited wealth, and proposed an extremely aggressive wealth tax that would have put a hard ceiling on how much wealth a person could accumulate. Nearly a century ago, Supreme Court Justice Louis Brandeis famously observed: "We can have democracy in this country, or we can have great wealth concentrated in the hands of a few, but we can't have both."

Paine's plan to fix this problem was the right one: taxation. America's ever-increasing inequality has motivated recent tax proposals targeting the ultra-rich, but the primary purpose has been to raise revenue, with any reduction in our concentration of wealth being incidental. While we do not oppose any of those proposals, we believe America needs a tax designed exclusively for the purpose of addressing the threat that our extreme concentration of wealth poses to democracy.

Structuring a tax this way specifically targets the extreme concentration of wealth: The tax would wax and wane along with wealth concentration, rather than in response to legislative tweaking. It would automatically kick into high gear during periods of worsening inequality, when wealth at the top is increasing faster than wealth in the middle. But when the economy works for the middle class, causing median household wealth to increase and inequality to moderate to an acceptable level, the tax would  taper off to near nonexistence. The tax would apply exclusively to those whose wealth, if allowed to grow unchecked, could be unhealthy for our society, and would ask much more from the ultra-ultra-wealthy than it does from those who are "just" ultra-wealthy.

We used the analysis of Thomas Piketty, Emmanuel Saez and Gabriel Zucman [table E4] to assess how this proposal would respond to changes in wealth concentration. In 1980, fewer than 0.005 percent of adults had more than 1,000 times the median wealth, the threshold for taxation under our proposal. By contrast, in 2019, after 39 years of increasing wealth concentration, about 0.025 percent of adults — five times the 1980 level — had wealth exceeding 1,000 times median wealth.

These changing numbers reveal how quickly the divide between the rich and the rest of us is widening, and the critical need for significant tax reform. Both Paine and Brandeis saw out-of-control wealth accumulation as a crisis deserving aggressive government action, but the concentration of wealth in America's early years pales in comparison to the inequality of today. The pandemic has only widened the distance between the ultra-rich and everyone else. While families struggled with losses of jobs, income and loved ones over the past two years, America's 700-odd billionaires added $2 trillion to their collective net worth, an average increase of nearly $3 billion each.

To be clear, our proposal wouldn't prevent the accumulation of extreme wealth. A household with 999 times median household wealth would not pay a nickel in additional tax. Our proposal addresses only the containment of "runaway wealth," or wealth so great that living expenses and other non-tax factors don't materially limit its growth.

That level of wealth accumulation isn't just unnecessary - it's dangerous. As the rich grow astronomically richer, the power accompanying their massive wealth will further destabilize our democracy. The only lasting solution is a narrowly-tailored tax that will shrink America's concentration of wealth from its current democracy-threatening level, and constrain any future movement toward an aristocracy.

Read more on economic inequality and its social effects: