Law professor schools Josh Hawley over "transphobic" line of questioning: "You should join my class" 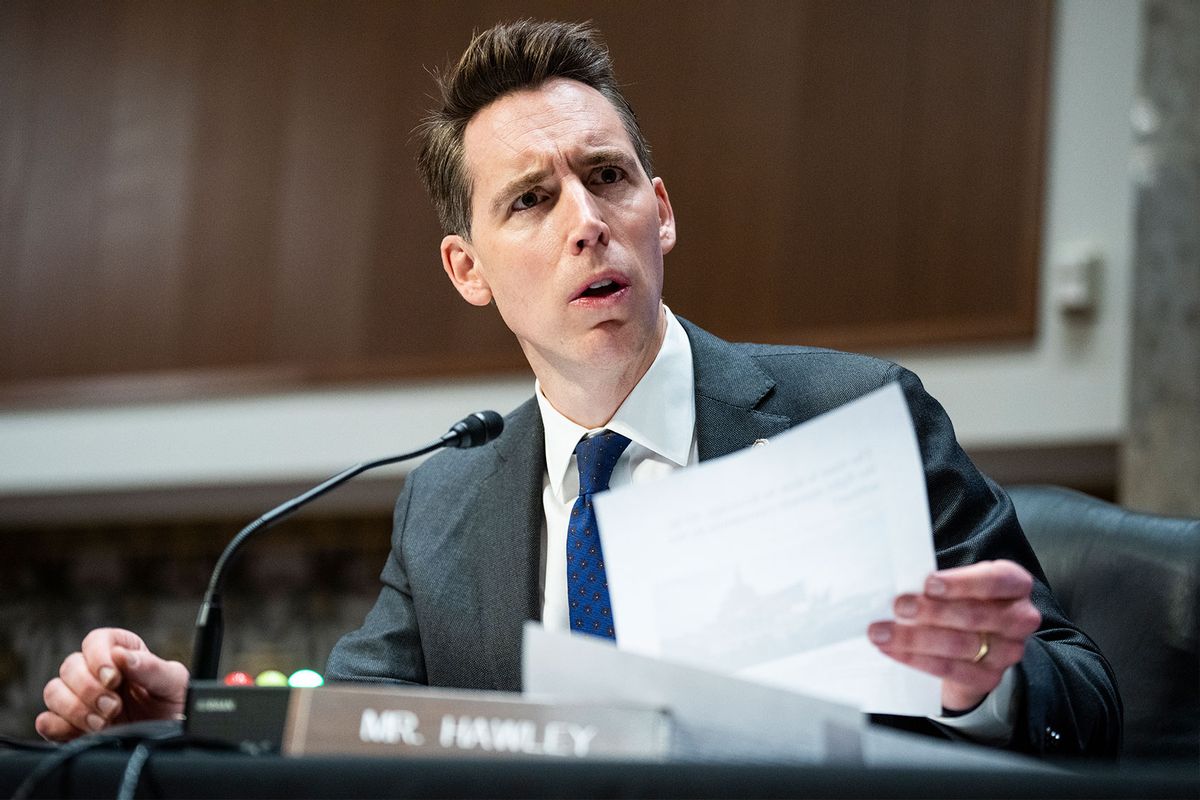 Hawley was noticeably annoyed by the idea that cisgender women are not the only people who can get pregnant. Bridges tried to explain that right-wing rhetoric that excludes transgender Americans from the conversation endangers their lives.

"We can recognize that this impacts women while also recognizing that it impacts other groups. Those things are not mutually exclusive, Senator Hawley," Bridges said.

"So your view is, is that the core of this right, then, is about what?" Hawley asked.

"So I want to recognize that your line of questioning is transphobic and it opens up trans people to violence by not recognizing them," Bridges replied.

"Wow, you're saying that I'm opening up people to violence by asking whether or not women are the only folks who can have pregnancies?" Hawley recoiled.

"So I want to note that one out of five transgender persons have attempted suicide. So I think it's important..." she began. Hawley, however, immediately interrupted her.

"Because of my line of questioning? We can't talk about it?" he repeated.

"Because denying that trans people exist and pretending not to know that they exist..." Bridges attempted to say before Hawley cut her off again.

"I'm denying that trans people exist by asking you if you're talking about women having pregnancies?" an obtuse Hawley said while refusing to let Bridges finish her answer.

Bridges then asked him, "Do you believe that men can get pregnant?"

Hawley said, "no, and that leads to violence?"

Bridges informed him that it does because it ignores "that trans people exist."

Hawley then tried to attack Bridges' credibility as an educator.

READ MORE: "That's not how this world works": Josh Hawley gets schooled on the Senate floor

"Is this how you run your classroom? Are students allowed to question you or are they also treated like this, where they're told they're opening up people to violence?" he interjected.

"Oh, we have a good time in my class, you should join, you might learn a lot," Bridges quipped.

\u201cBridges to Hawley: I want to recognize that your line of questioning is transphobic\u201d