Why is right-wing media suddenly so worried that "Monticello is going woke"?

"Where's all this coming from?" a concerned Fox News hosts asks 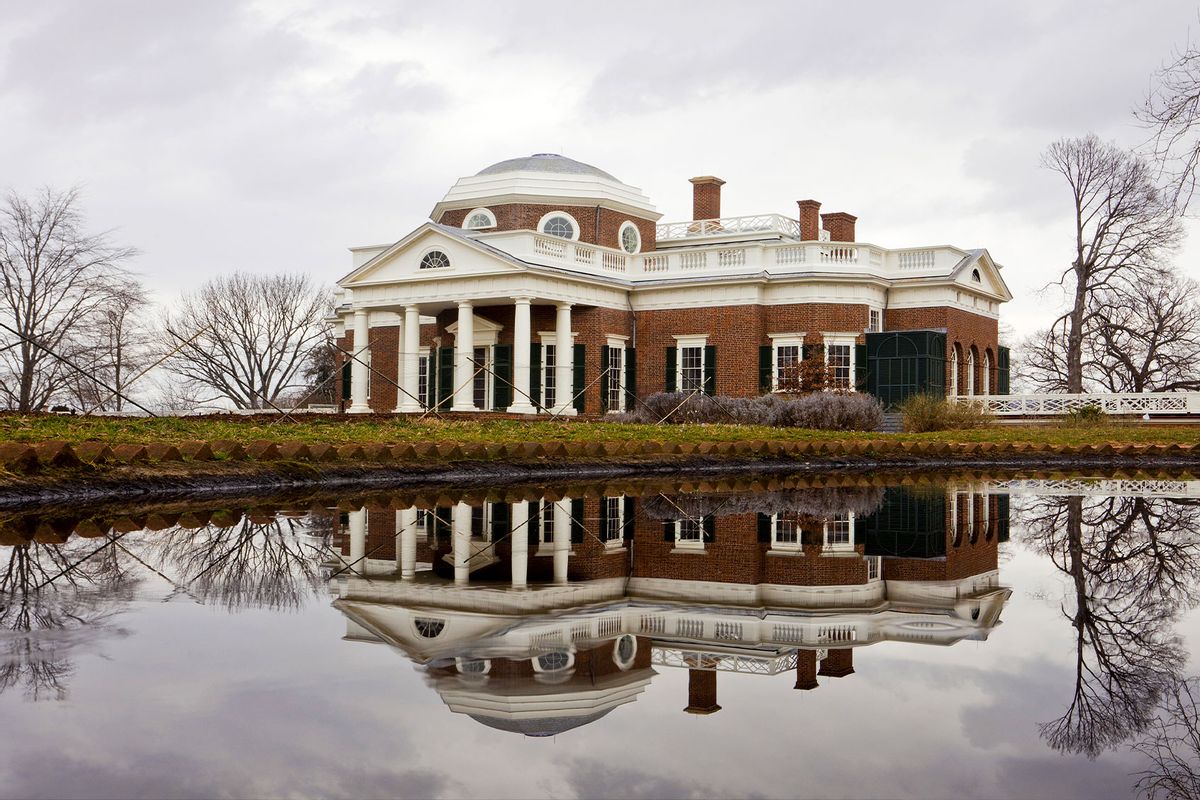 This past week, right-wing politicians and commentators are rallying around cries that "Monticello is going woke."

On Monday, Jeffery Tucker, founder of the Brownstone Institute, a right-wing think tank, went on "Fox & Friends" to explain how he took a tour of Thomas Jefferson's historic resistance on July 4th to celebrate the independence of the country and pay his respects to the founding father.

"Instead, I got exactly the opposite," Tucker said. "They were just debunking his history, his reputation, putting him down, demoralizing everybody on my tour."

In the interview, Tucker and Fox host Brian Kilmeade discuss how the guides focus too much on racism and slavery and "do not talk about this incredible man."

The two highlighted their outrage over a sign that asks visitors to think about whether Jefferson's statement that "all men are created equal" is being lived up to in our country.

"I just thought that maybe Monticello would be protected from this disease of woke-ism but I was sadly wrong," Tucker said.

Fox News host Rachel Campos-Duffy lashed out on Sunday because she said she was made to feel "ashamed" and "guilty" after visiting Jefferson's former home and finding "anti-racism" books for sale in the gift shop.

"Where's all this coming from?" Campos-Duffy asked. "The homes of these presidents are being populated -- this is a very diabolical plan on the part of the left. So what they've done is they've taken their donors on the left and they've populated the boards of these estates with leftists."

The Fox News pile-on comes only a month after The Heritage Foundation attacked James Madison's estate in Montpelier, Virginia for having a "woke takeover." While some have taken to Twitter, other right-wing outlets are piling on that Jefferson's home has also "been taken over by Leftist America-Haters."

The New York Post picked up the story over the weekend writing that "the hilltop mansion designed by Jefferson himself, once preserved as a tribute to the author of the Declaration of Independence, now offers visitors a harangue on the horrors of slavery."

Jefferson owned about 600 slaves throughout his life, the most of any U.S. president.

In response to the controversy, Monticello Spokesperson Jenn Lyon explained that "our goal is to present an honest, inclusive history of Monticello in all its aspects as well as Jefferson's contributions to the founding of the country." After reading her statement, Tucker and Kilmeade agreed that the museum employees were certainly not living up to their mission.

"They should all resign," Kilmeade said.