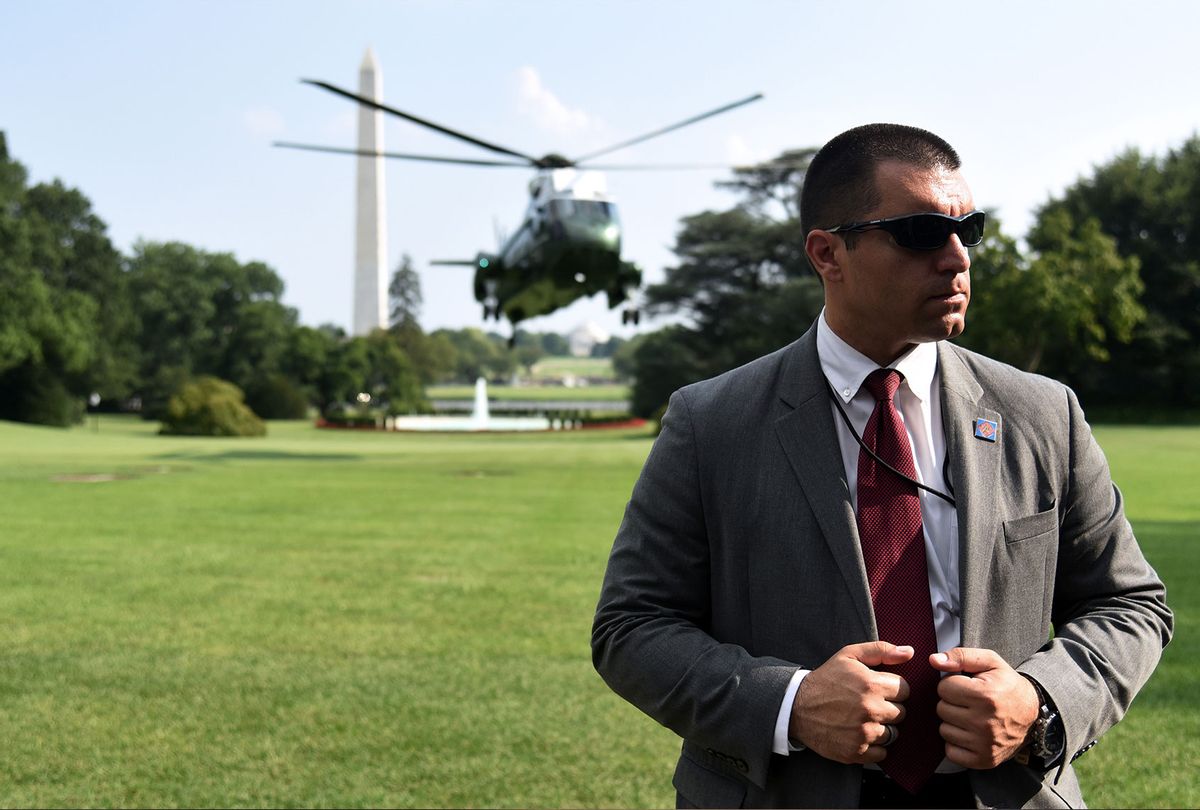 Appearing on CNN's "New Day" on Friday morning, former House impeachment lead counsel Daniel Goldman cast a jaundiced eye at Secret Service claims that the only texts missing among agents occurred around Jan. 6, saying there is more to the story than government officials are letting on.

Joseph Cuffari, the inspector general of the Department of Homeland Security, told Congress in the letter dated Wednesday that his office has had difficulties obtaining records from the Secret Service from January 5 and 6, 2021.

The messages could be crucial to the House of Representatives and Justice Department investigations into whether Donald Trump and his close advisors encouraged the deadly insurrection by the former president's supporters at the US Capitol, which aimed to prevent the certification of Democratic rival Joe Biden as the winner of the November 2020 election.

"The Department notified us that many US Secret Service (USSS) text messages, from January 5 and 6, 2021, were erased as part of a device replacement program," Cuffari wrote in the letter first reported by The Intercept and later published by Politico.

Speaking with hosts Brianna Keliar and John Berman, Goldman was asked about the report.

"Well, first of all, let's remember these letters are not written lightly to Congress," he began. "I am sure that the inspector general notified the Secret Service that they would have to send this letter if they did not get better compliance and they didn't, but more importantly and to the point, there are a lot of questions that this raises."

"They claim that it was a phone migration system, but the only days of texts that were erased were January 5th and 6th?" he elaborated. "That seems very unlikely that that is due to the phone migration. Second, I would want to understand when this happened because what the letter says is that these text messages were requested by the IG as part of their investigation into January 6th and that after that request these texts were deleted."

"Now that raises a lot of suspicions as well because you should freeze everything when a request is made by any lawful investigator," he added. "And then finally it raises a lot of questions as to whose texts were deleted. Was it Tony Ornato who was a Secret Service official who came on board as a political appointee as deputy chief of staff? So there are still many questions to answer, but it is very suspicious, especially because of the critical role that the secret service played on January 5th and January 6th stopping Donald Trump from going to the Capitol, scurrying Mike Pence out of the capitol when he was under serious threat. Many, many questions have to be directed at the Secret Service."

The Secret Service has been criticized for not adequately anticipating the threat of the violent action by armed Trump supporters on January 6.

Trump had made a senior Secret Service official at the time, Tony Ornato, his personal deputy chief of staff.

Ornato has denied the account given to the January 6 committee by former Trump aide Cassidy Hutchinson that Trump tried to force the Secret Service to drive him to the Capitol as his supporters massed at the building, the seat of the US legislature.

But other then-White House officials have backed Hutchinson's story.