Al Aribiya, which is owned by the Saudi government, reports on Crown Prince Mohammed bin Salman's pushback to Biden 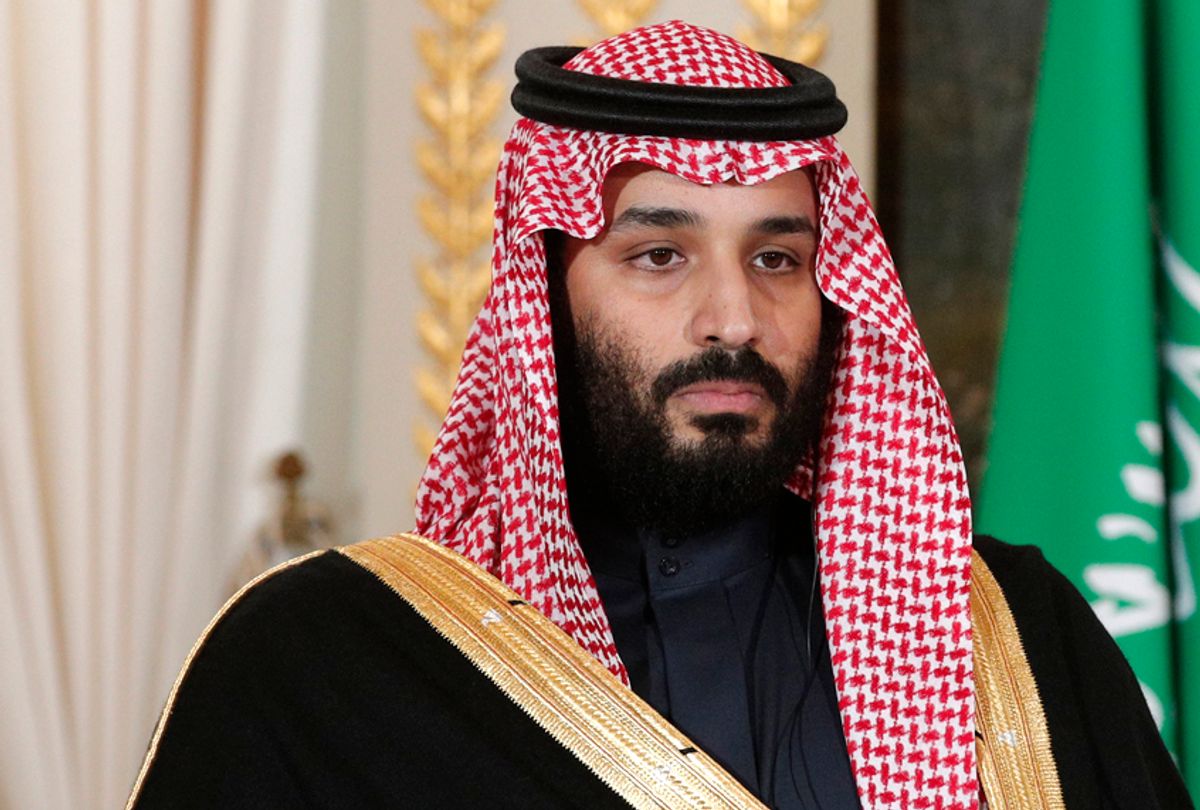 Saudi Crown Prince Mohammed bin Salman reportedly told President Joe Biden during their meeting in Jeddah Friday that while the murder of journalist Jamal Khashoggi is "regrettable," U.S. hands are not clean and other journalists are killed with impunity.

"Bin Salman's smarmy reply underlines the way in which the U.S. government's lawlessness... and its weird commitment to Israeli apartheid... undermine its moral standing."

Bin Salman specifically mentioned the torture scandal at the U.S. military prison at Abu Ghraib, Iraq and the killing of Palestinian-American Al Jazeera reporter Shireen Abu Akleh by Israeli forces in May, according to Al Aribiya, which is owned by the Saudi government.

The de facto Saudi ruler also said that the CIA—which along with other American intelligence agencies concluded that Khashoggi's gruesome 2018 murder was likely ordered by bin Salman—makes mistakes, as it did when it falsely claimed Iraq had an active weapons of mass destruction program prior to the 2003 U.S.-led invasion and occupation.

"Bin Salman's smarmy reply underlines the way in which the U.S. government's lawlessness in misadventures like invading Iraq and its weird commitment to Israeli apartheid practices against the Palestinians undermine its moral standing to argue for 'a rules-based global order,'" Informed Comment publisher Juan Cole observed. "Almost no one in the U.S. dares say this, but for the rest of the world it is a commonplace insight."

The U.S. government didn't care about the Israelis assassinating Shireen Abu Akleh, (and many other unlawful killings of Palestinian journalists and just ordinary Palestinian noncombatants) and it does not stop the U.S. from forking over to Israel $4 billion a year in foreign aid, a tax on all Americans in support of Greater Israel expansionism. So why should Biden, bin Salman wants to know, boycott Saudi Arabia over the killing of a single journalist?

Biden has come under fire from progressives for his willingness to sideline Saudi Arabia's abysmal human rights record and war crimes in Yemen in service of U.S. strategic and energy interests.

Appearing Sunday on ABC's "This Week," Sen. Bernie Sanders (I-Vt.)—who is co-sponsoring a new resolution to end U.S. involvement in the Saudi-led war in Yemen—said he did not think Biden should have visited Saudi Arabia.

"You have a leader of that country who was involved in the murder of a Washington Post journalist," Sanders said. "I don't think that that type of government should be rewarded with a visit by the president of the United States."

"I just don't believe we should be maintaining a warm relationship with a dictatorship like that," he added.